[WEBCAST] Japan: End of an Era – and Life After Abe | Asia Society Skip to main content

[WEBCAST] Japan: End of an Era – and Life After Abe 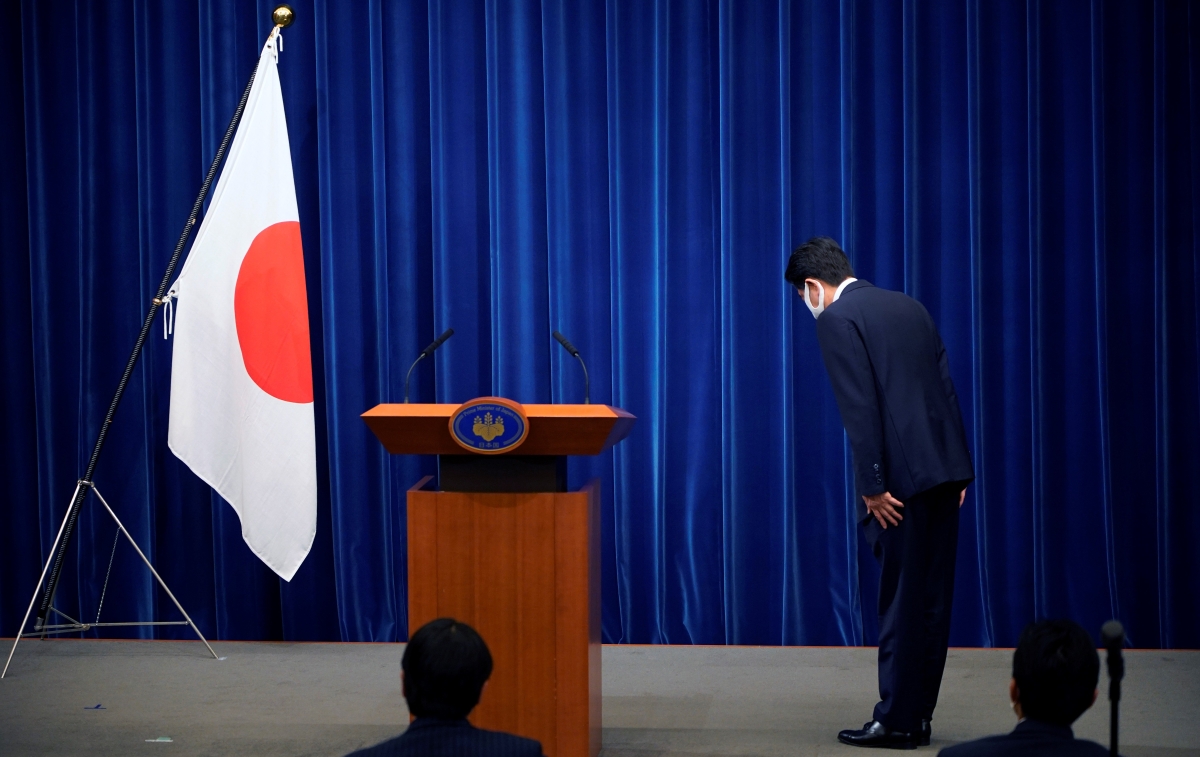 Japanese Prime Minister Shinzo Abe bows to the national flag at the start of a press conference announcing his resignation due to health concerns (Franck Robichon/Pool/Getty Images).

Last month, Japanese Prime Minister Shinzo Abe announced he would resign for health reasons, ending an era that made Abe his country’s longest-serving Prime Minister, and opening a period of fresh political uncertainty for Japan and its allies. What lies ahead for the ruling Liberal Democratic Party, and for Japan itself – its economy, its foreign policy, and its recovery from the crisis of COVID-19? Tobias Harris is a long-standing expert on Japanese politics, a contributor to major global publications, former advisor to a Japanese legislator, and Senior Vice President at Teneo, covering Japan and East Asia. He is also author of the forthcoming work The Iconoclast: Shinzo Abe and the New Japan.

Tobias Harris is a senior vice president at Teneo, and author of The Iconoclast: Shinzo Abe and the New Japan. He is an expert on Japanese politics, and from 2006-2007 he worked on the staff of Keiichiro Asao, at that time a member of the Upper House of the Japanese Diet and Shadow Foreign Minister for the Democratic Party of Japan. He is also the Fellow for Economy, Trade, and Business at the Sasakawa Peace Foundation USA.

James Kondo is Chair of the International House of Japan, Co-chair of Silicon Valley Japan Platform, a senior advisor at Geodesic Capital, Co-chair of Asia Society's Japan Center, and a member of the Asia Society's board of trustees. Previously he was vice president at Twitter, Chairman of Twitter Japan KK, Special Advisor at the Cabinet Office and Director at the Prime Minister of Japan's Office; faculty at the University of Tokyo; and management consultant at McKinsey. He was selected as a Young Global Leader by the World Economic Forum, Asia Society's Asia21 Young Leaders Initiative, and Inamori Fellow by the Inamori Foundation.