A Celebration of the Chinese American Writer's Extraordinary Life, Work, and Legacy

2020 has been a whirlwind year, and it would have been a special year to celebrate the Shanghai-born Chinese American writer Eileen Chang, as her name rhymes with “two-zero” in Mandarin. English readers may have heard of her through Ang Lee’s 2007 film adaption of her novella, Lust, Caution, but her life, her body of work, her influence, and her status in Chinese twentieth-century literature, surpass the scandalous nature of the NC17-rated spy thriller set in 1940s Shanghai.

To celebrate her revered literary genius and her acute observation of all walks of life, Asia Society Museum presents a monthlong celebration with a list of recommendations for you to “choose your own adventure.” This literary and cinematic journey will culminate at the end of September, the eve of Chang’s 100th birthday, with a conversation featuring scholars of twentieth-century Chinese literature, history, and culture.

Novelist, translator, and screenwriter Eileen Chang was born in Shanghai on September 30, 1920, to an intellectual family whose history deeply intertwined with the fate of modern China and international affairs in the late 1800s. Chang began her career as a writer in 1942 after she returned to Shanghai in the midst of her studies at Hong Kong University due to the outbreak of the Pacific War. Her early success with her novellas such as Love in a Fallen City (1943) and The Golden Cangue (1943) established her status as a popular writer in 1940s Shanghai. Chang married her first husband, the controversial writer Hu Lancheng in 1944 and divorced him in 1947. She chose to stay in Shanghai when the Communist regime took over, but eventually left China for good in 1952 and went to Hong Kong. During her time in Hong Kong, she started working on novels such as Rice Sprout Song (1955) that depicted the turmoil in China during the 1950s Land Reform. She also wrote screenplays for Motion Picture & General Investment Company Ltd. which produced numerous acclaimed Mandarin-speaking films in Hong Kong from the mid-1950s through the early 1960s. In 1955, Chang moved to the United States. She married her second husband, the playwright Ferdinand Reyher, in 1956, after meeting him at MacDowell in Peterborough, NH. In the 1960s, she sought opportunities in Hong Kong and Taiwan, where her 1940s works were reprinted. After Reyher’s passing in 1967, she became a writer-in-residence at Radcliffe College, Cambridge, MA, and later a senior researcher at the Center for Chinese Studies at Berkley from 1969 to 1971. While at Radcliffe and Berkley, she began translating Flowers of Shanghai from the Wu dialect and researching into the early Qing-dynasty classic Dreams of the Red Chamber. In 1973, she relocated to Los Angeles and has since led a largely reclusive life. She continued to publish through Crown Publications in Taiwan her later novellas set in the 1940s, among which was Lust, Caution (1979). She was found dead at home on September 8, 1995. Two of her works, the autobiographical Little Reunion (2009) and the unfinished The Young Marshal (2014) were published posthumously. To commemorate her 100th birthday in 2020, Crown Publishing in Taiwan reprinted all of her popular novellas with new covers, featuring illustrations by Chang. 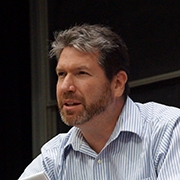 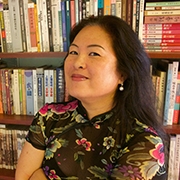 Eileen Cheng-yin Chow is the director of the Cheng Shewo Institute of Chinese Journalism at Shih Hsin University in Taipei and is on the board of the publishing group of Biographical Literature Press and its longstanding Chinese-language history journal, Biographical Literature 傳記文學. She is also a visiting associate professor of Chinese and Japanese cultural studies and the founding director of Story Lab at Duke University. Chow’s research and teaching center around all manners of transcultural storytelling, Asian popular culture, and Republican-era China literary and cultural history. She is a co-translator of Chinese novelist Yu Hua’s two-volume novel Brothers (Pantheon Books, 2009), and coeditor of The Oxford Handbook of Chinese Cinemas (Oxford University Press, 2013) and Rethinking Chinese Popular Culture: Cannibalizations of the Canon (Routledge, 2011). With her decades-long experience in translation in literature and film, Chow takes great interest in the theory and praxis of translation and issues of language and migration. She is an editor of Sinotheory on theory and translation at Duke University Press, an executive board member of Los Angeles Review of Books (LARB), and an academic editor for the LARB China Channel. She received her BA in literature from Harvard University and her PhD in comparative literature from Stanford University. 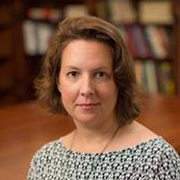 Rebecca Nedostup is associate professor of history and East Asian studies at Brown University. Her interests include displacement and emplacement, the social and political roles of the living and the dead amid mass violence, and the critical analysis of the state over the long term. She is writing Living and Dying in the Long War, on the making and unmaking of community among people displaced by conflict across China and Taiwan from the 1930s through the 1950s. She is the author of Superstitious Regimes: Religion and the Politics of Chinese Modernity (Harvard University Asia Center, 2009), as well as works on Chinese political and print cultures, the modern categorization of religious practice, and twentieth-century wartime and postwar society. She is coprincipal investigator with Maura Dykstra of California Institute of Technology (Caltech) on Magpie, a project for the standardized organization and sharing of sources across the digital divide in Chinese studies and beyond. Nedostup received her BA in East Asian studies from Harvard College and her PhD in history from Columbia University.

Kelly Ma (moderator) is assistant director of global arts & collaborations at Asia Society Museum. Since 2013 she has organized international conferences for arts professionals, including the Arts & Museum Summit and the U.S.-China Museum Leaders Forum, both under Asia Society’s initiative titled Asia Arts and Museum Network, and their related publications. Previously, Ma was the project manager at artist Cai Guo-Qiang’s studio in New York, where she oversaw Cai’s exhibitions worldwide, including at the Museum of Contemporary Art, Los Angeles and Philadelphia Museum of Art. From 2012 to 2013, she contributed to the magazine ARTCO in Taiwan as a New York correspondent. Ma received a BA in visual art and history of art and architecture from Brown University. 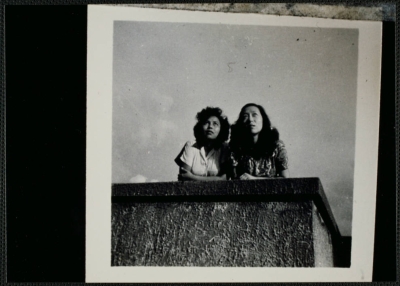 Eileen Chang on the Page and Screen

In conjunction with Asia Society Museum's Eileen Chang at 100 celebration, here are some of the works that will be discussed during the September 29 program.