In recent decades, the intersection of art and food has enjoyed unprecedented popularity, especially aided by the rise of social media. Chefs and artists have become cultural icons of our time, and not just within their respective industries. Food as a vehicle for artistic expression, one that connects the human body with nature and with one another, is not a new phenomenon. The Japanese tea ceremony has long been an occasion where the appreciation for architecture, painting, calligraphy, poetry, tea ware, and floral arrangement is part of tea drinking and seasonal confectionary sampling. In the 1970s, the artist-run restaurant FOOD in New York’s SoHo served as an important gathering place for neighborhood artists. The artist Rirkrit Tiravanija, whose practice is centered around social engagement, is perhaps best known for his seminal work pad thai (1990), where he cooked and served food to gallery visitors. And blurring the lines between art and food even further, in 2007, the curatorial team of documenta 12 included Spanish chef Ferran Adrià’s fabled restaurant, elBulli, as one of the venues of the international exhibition.

It is evident that food unites humanity, and this couldn’t be truer today. During the 2020 COVID-19 shutdown, we have witnessed the global shortage of flour, yeast, and even baking powder, as people across the world channeled their inner domestic gods and goddesses and cooked for themselves and loved ones. The viewership of cooking videos on YouTube and other platforms has grown immensely. Everyone seems to have a sourdough starter pet and windowsill scallion farm created in the kitchen out of boredom, necessity, or curiosity.

For this special conversation, we have invited John Wang, founder of Queens Night Market, an outdoor summer weekend destination of food and culture inspired by his childhood visits to night markets in Taiwan; Storm Garner, coauthor of the new book The World Eats Here (The Experiment, 2020), that chronicles the Queens Night Market vendors’ stories and recipes; and Timothy Hsu, director of the arts and community initiative, Chinatown Soup, to share how food brings us together through memory. 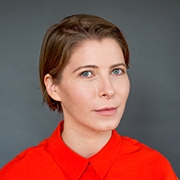 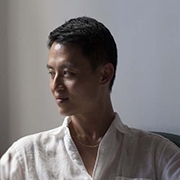 Timothy Hsu is founder of The Mandarin’s Tea Room. Born in Hong Kong, Hsu is one of the leading authorities on Chinese tea in the United States and a passionate, certified coffee expert. Under his direction, MTR became a subsidiary of Cupidum, which offers a unique selection of high-quality, single-origin tea and direct-from-farm coffee served in the European espresso style. Partnering with Chinatown Soup, a non-profit art community in the Lower East Side, Hsu has created an original tea and coffee program to educate new audiences about the art of tea and plant medicine. He is also the principal of Hsu & Associates, an award-winning design, publishing, and branding company based in New York City, whose clients include Food Network, Hachette Book Group, Harper Collins, Martha Stewart, Nielsen Media, Random House, Simon & Schuster, Sundance Channel, and USA Network, among others. 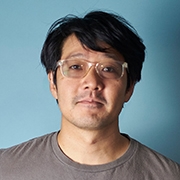 John Wang is the founder of the Queens Night Market, a uniquely affordable, diverse, and family-friendly community event in Flushing Meadows Corona Park that has attracted well over a million visitors since its debut in 2015. The event has helped launch 300 new businesses in New York City and has represented over 90 countries through its various food selections. Prior to initiating the Queens Night Market, Wang was a corporate M&A attorney in Manhattan. 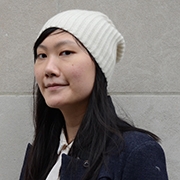 The World Eats Here can be purchased through the AsiaStore website.