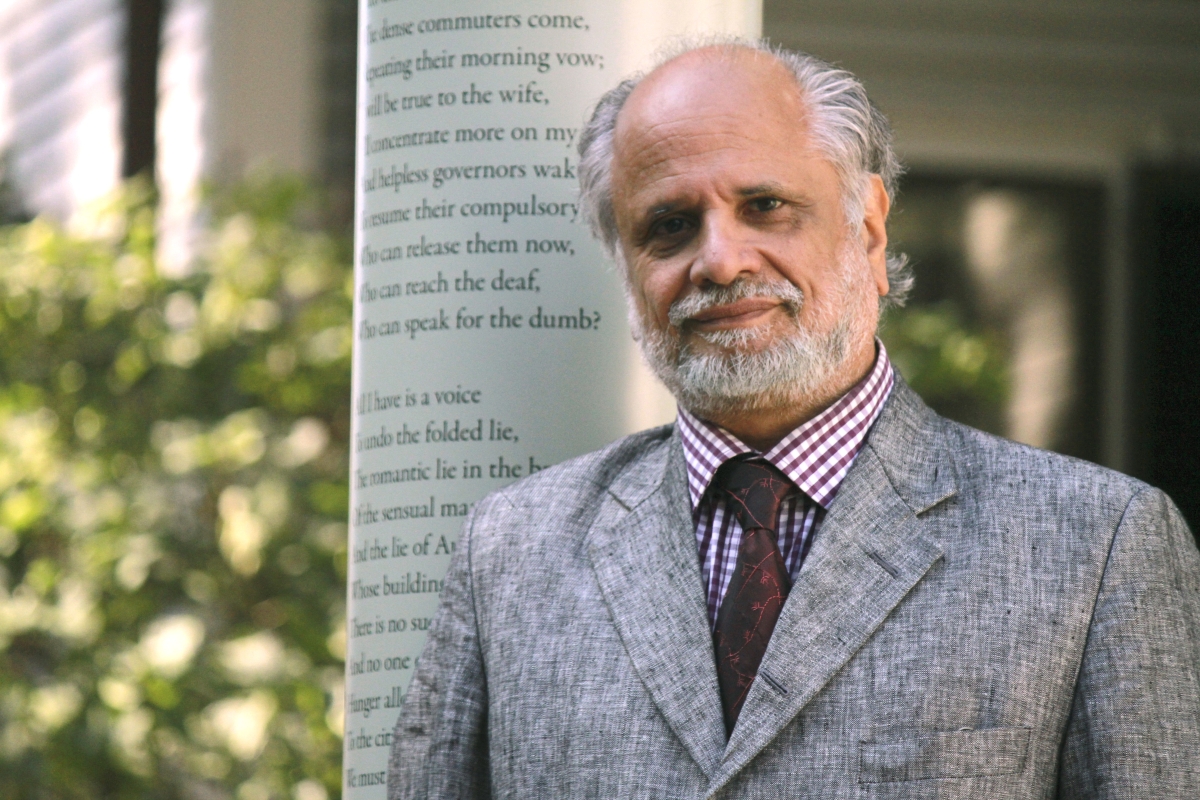 Can’t make it to this program? Tune in Thursday, Oct. 25, at 6:30 p.m. New York time for a free live video webcast. #AsiaSocietyLIVEAsiaSociety.org/Live

Following a day-long symposium on the idea of the “progressive” in art, visual culture, science and industry in early independent India, Homi K. Bhabha, Harvard University, delivers the keynote address.

Viewpoints is an annual series featuring prominent, visionary figures in the creative arts and is made possible by the generous support of Aashish and Dinyar S. Devitre.

Homi K. Bhabha is the Anne F. Rothenberg Professor of the Humanities, Director of the Mahindra Humanities Center, and Senior Advisor to the President and Provost at Harvard University. He is the author of numerous works exploring postcolonial theory, cultural change and power, contemporary art, and cosmopolitanism, including Nation and Narration, and The Location of Culture, which was reprinted as a Routledge Classic in 2004. His next book will be published by the University of Chicago Press.

He is a member of the Academic Committee for the Shanghai Power Station of Art, and the Mobilising the Humanities Initiating Advisory Board (British Council), an advisor on the Contemporary and Modern Art Perspectives (C-MAP) project at the Museum of Modern Art New York, a Trustee of the UNESCO World Report on Cultural Diversity, and the Curator in Residence of the Boston Museum of Fine Arts. In 1997 he was profiled by Newsweek as one of “100 Americans for the Next Century.”  He holds honorary degrees from Université Paris 8, University College London, and the Free University Berlin. In 2012 he was awarded the Government of India’s Padma Bhushan Presidential Award in the field of literature and education and received the Humboldt Research Prize in 2015.

Part of the Season of India, a series of programs held in conjunction with the exhibition, The Progressive Revolution: Modern Art for a New India, on view at Asia Society Museum from September 14, 2018 to January 20, 2019.