A Very American Diplomat: A New Biography of Richard Holbrooke

'Our Man: Richard Holbrooke and the End of the American Century' by George Packer 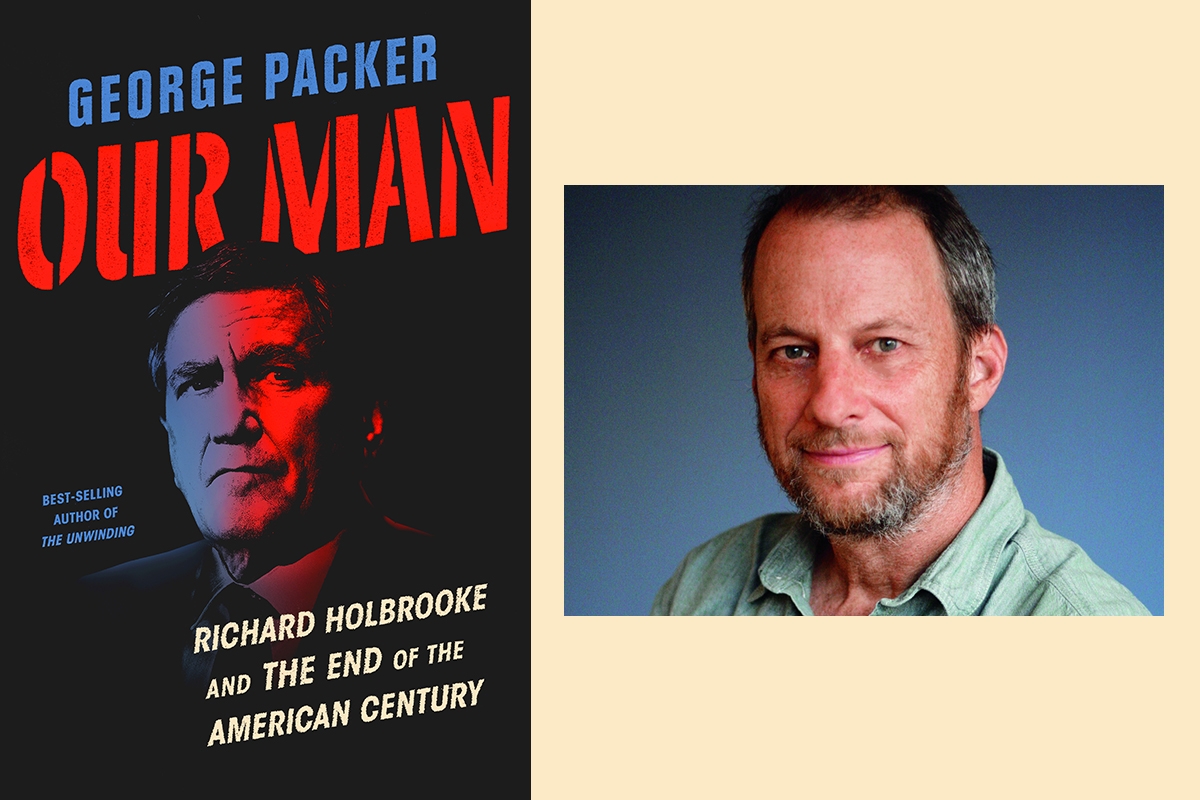 Cover of "Our Man: Richard Holbrooke" and author George Packer

Can't make it to this program? Tune in Tuesday, May 7, at 6:30 p.m. New York time for a free live video webcast. Viewers are encouraged to submit questions to moderator@asiasociety.org.AsiaSociety.org/Live

Fiercely intelligent and deeply creative, the late diplomat Richard Holbrooke left an indelible mark on global politics. He was twice named Assistant Secretary of State, served as America’s ambassador to Germany and the United Nations, brokered peace in Bosnia, and served as President Obama’s representative in Afghanistan and Pakistan. Yet despite his towering accomplishments, Holbrooke never attained the heights that he sought. Did overreaching ambition and boundless self-confidence prevent this statesman from achieving greater results on the world stage? And how did such failings mirror the principles and practices of the country he served?

Join George Packer, author of a new biography of Holbrooke, Our Man: Richard Holbrooke and the End of the American Century, as he dissects the brilliance of “our man” in Afghanistan and beyond with PEN America CEO and former State Department official Suzanne Nossel.

Suzanne Nossel is Chief Executive Officer at PEN America. Prior to joining PEN America, she served as the Chief Operating Officer of Human Rights Watch and as Executive Director of Amnesty International USA. She has served in the Obama Administration as Deputy Assistant Secretary of State for International Organizations, leading US engagement in the UN and multilateral institutions on human rights issues, and in the Clinton Administration as Deputy to the U.S. Ambassador for UN Management and Reform. She is a featured columnist for Foreign Policy magazine and has published op-eds in The New York Times, Washington Post, and the LA Times, as well as scholarly articles in Foreign Affairs, Dissent, Democracy, and more. Nossel serves on the Board of Directors of the Tides Foundation. She is a former senior fellow at the Century Foundation, the Center for American Progress, and the Council on Foreign Relations. Nossel is a magna cum laude graduate of both Harvard College and Harvard Law School.

George Packer is a staff writer at The Atlantic and the author of The Unwinding: An Inner History of the New America, which was a New York Times bestseller and winner of the 2013 National Book Award. His other nonfiction books include The Assassins' Gate: America in Iraq, a finalist for the 2006 Pulitzer Prize, and Blood of the Liberals, winner of the 2001 Robert F. Kennedy Book Award. He is also the author of two novels and the play, Betrayed, winner of the 2008 Lucille Lortel Award, and the editor of a two-volume edition of the essays of George Orwell.

Josette Sheeran is the seventh President and CEO of Asia Society, and UN Special Envoy to Haiti, representing the UN Secretary-General in advancing Haiti's 2030 vision and in helping secure an end to the transmission of cholera in Haiti. She is former vice chair of the World Economic Forum, known for its annual Davos convening and Davos in China. Prior to the World Economic Forum, she was Executive Director of the United Nations World Food Programme (WFP), appointed by UN Secretary-General Kofi Annan in 2006. Under her leadership, the WFP increased its donor base to more than 100 nations and became the first UN program to include the BRIC countries and the Gulf States among its top 10 donors. Prior to this, she served as a diplomat and negotiator for the United States, including as U.S. Under Secretary of State for Economic, Business, and Agricultural Affairs, and deputy U.S. Trade Representative, handling Asia, Africa, labor, environment, intellectual property, and trade capacity building portfolios Ms. Sheeran is a member of the Council of Foreign Relations. She was awarded Japan's Nigata International Food Award, Commandeur de l'Ordre du Mérite Agricole by the government of France, and Brazil`s highest civilian award, the Grand Official Order of the `Rio Branco,’ and the “Game Changer” award by the Huffington Post.

Our Man: Richard Holbrooke and the End of the American Century by George Packer can be purchased at AsiaStore or through the AsiaStore website.

Click for directions
Buy Tickets
$15 members; $17 students/seniors; $20 nonmembers
20190507T183000 20190507T203000 America/New_York Asia Society: A Very American Diplomat: A New Biography of Richard Holbrooke Join George Packer ("The Unwinding"), author of "Our Man: Richard Holbrooke and the End of the American Century" and PEN America CEO Suzanne Nossel as they discuss the brilliant and complex life and legacy of a great diplomat.