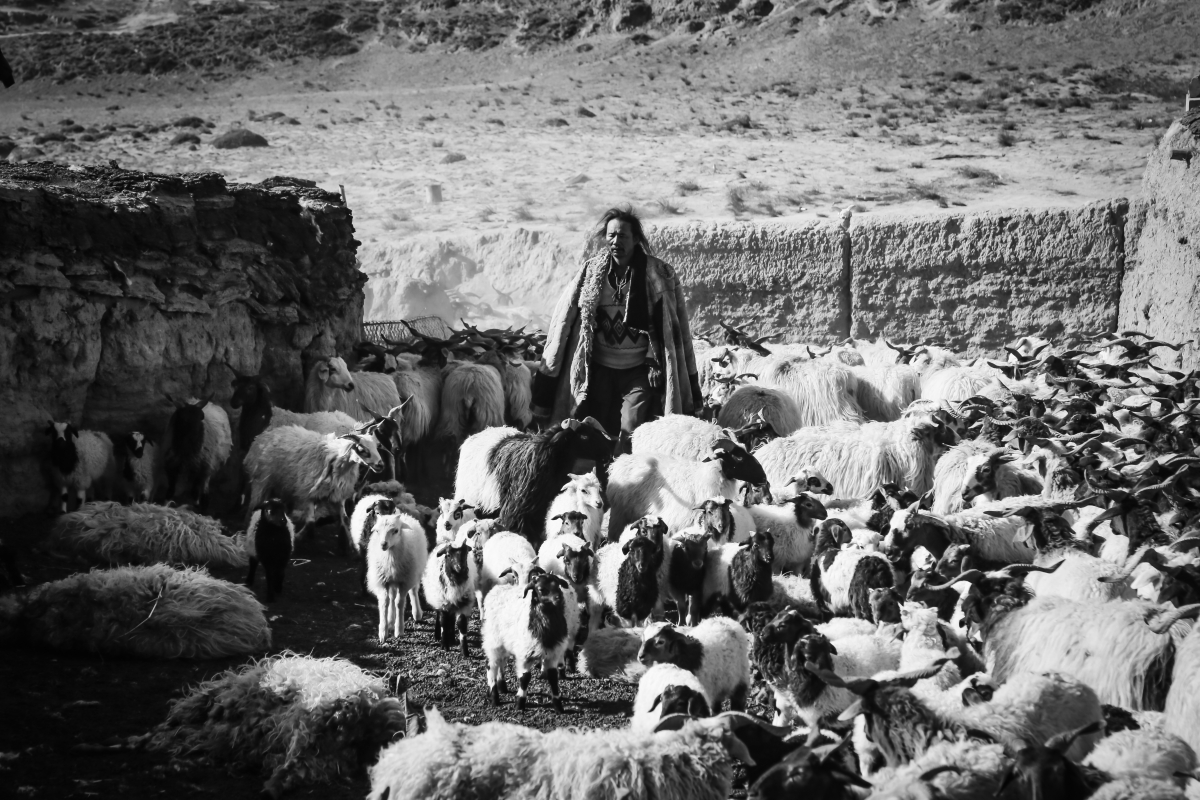 In the mountains of Tibet, Tharlo spends his days following a simple and familiar routine — tending his sheep, riding his motorcycle. When he journeys to the city to obtain an ID card, a meeting with a beautiful young hairdresser leads to a life-changing series of events.

Shot in stunning black and white, Tharlo contrasts the simplicity of country life with the seduction and danger of the modern world. Adapted from Pema Tseden’s short story of the same name, Tharlo consists of 84 meticulously and beautifully composed shots and marks the filmmaker’s greatest cinematic achievement to date.

“Tseden shows us a country where deep-rooted traditions and a rich cultural history co-exist uneasily with the encroaching tide of modernity.” — Wendy Ide, Screen Daily

“Tseden is in no hurry and in no mood to rush to conclusions but his measured pace helps us to invest in Tharlo, whose confusion is conveyed with considerable skill by Nyima, a long-time comedian and theatre actor making a rare foray into film.” — Amber Wilkinson, Eye for Film