Southeast Asia in 2021 and the Crisis in Myanmar: A Conversation With H.E. Dr. Vivian Balakrishnan, Singapore’s Minister for Foreign Affairs | Asia Society Skip to main content

Southeast Asia in 2021 and the Crisis in Myanmar: A Conversation With H.E. Dr. Vivian Balakrishnan, Singapore’s Minister for Foreign Affairs 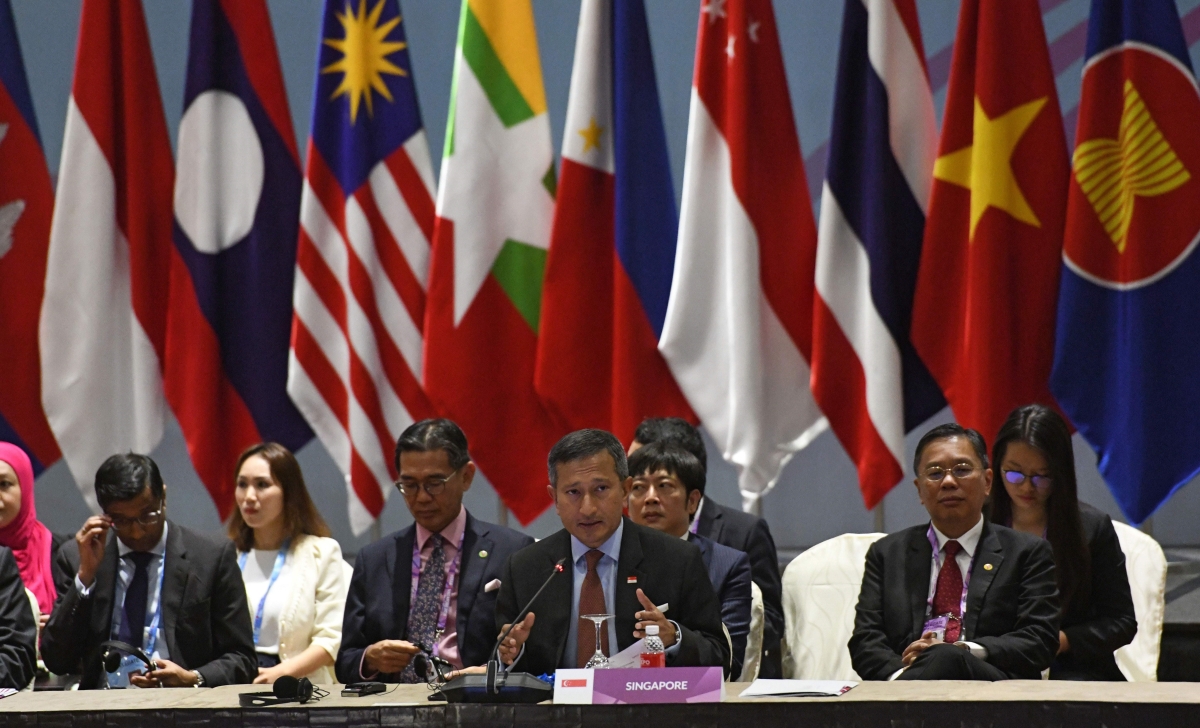 ***This is program is open to the public. Registration is required***

Already beset by COVID-19, the digital revolution, and great power contestation, Southeast Asia now faces upheaval in Myanmar – with implications for ASEAN and the wider region.

Join us for a special discussion with H.E. Vivian Balakrishnan, Minister for Foreign Affairs of Singapore, as he shares his perspective on developments in Southeast Asia and what the international community can do in response to pressing challenges of our time, with the Hon. Kevin Rudd, President and CEO of Asia Society and President of the Asia Society Policy Institute.

H.E. Dr. Vivian Balakrishnan is Singapore's Minister for Foreign Affairs and Minister-in-Charge of the Smart Nation Initiative.  He previously served as Minister for the Environment and Water Resources; Minister for Community Development, Youth and Sports; Second Minister for Trade and Industry; Minister-in-charge of Entrepreneurship; and Second Minister for Information, Communications and the Arts. He has been a Member of Parliament since 2001. He studied Medicine at the National University of Singapore after being awarded the President’s Scholarship in 1980. Following post-graduate specialist training in Ophthalmology, he was admitted as a Fellow of the Royal College of Surgeons of Edinburgh in 1991. He was appointed Medical Director of the Singapore National Eye Centre in 1999 and CEO of the Singapore General Hospital in 2000. Concurrently, he was Commanding Officer of the 2nd Combat Support Hospital of the Singapore Armed Forces from 1999 to 2002.