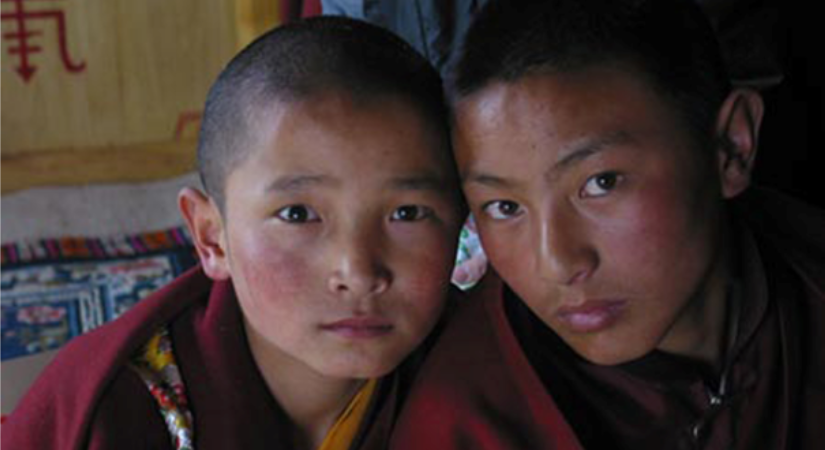 “The place where the story took place is none other than my home village, where the mountains and waters have always haunted my dreams. I long to tell the true stories — in my own way — that have come up in my home village, to disclose the real looks of her, and to reveal the genuine conditions of life of the people there … a reciprocal infiltration between tradition and modernism.” — Pema Tseden

A 10-year-old Buddhist novice nicknamed “Little Lama” returns home from the remote Guwa monastery for the New Year celebration. After a long journey on horseback over icy steppes, he finds himself glued to his family's new TV, watching the popular Chinese television series Journey to the West. Meanwhile, the villagers are rehearsing their annual staging of a traditional Tibetan opera for the New Year. The juxtaposition shows a young monk who finds himself magnetically drawn to the secular world, which calls to him through the TV. The Silent Holy Stones has the immediacy of a documentary, delivering a compelling and intimate insider’s look of everyday life in Tseden's hometown, where traditional life rubs up against modernity and globalization.

The character Little Lama in The Silent Holy Stones was played by a real monk, Luosang Danpai, who later de-robed, got married, and is now living a layperson’s life.

"The Silent Holy Stones has the immediacy of a documentary, delivering real insight into the evolution of a much-romanticized culture." — Aaron Lazenby, San Francisco Film Festival 2006