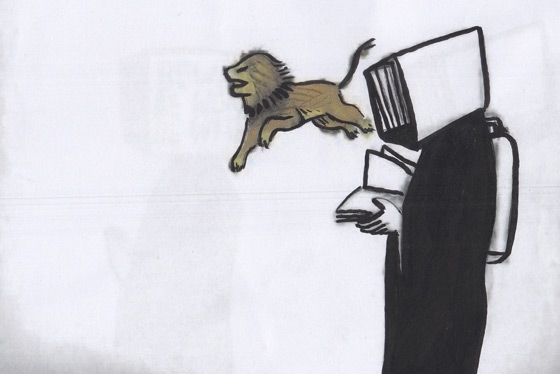 Asia Society Museum has commissioned acclaimed Indonesian artist Eko Nugroho (b. 1977, Yogyakarta) to create a new site-specific mural in its lobby Visitor Center. The public is invited for a rare opportunity to watch the artist at work on January 7–9, between 11:00 am and 6:00 pm. On completion, the mural will be on view through April 16, 2017.

Alongside this new commission, On Site: Eko Nugroho, Asia Society Museum is pleased to present Video Spotlight: Eko Nugroho, an exhibition of three video works by the artist, on view through April 16, 2017. The exhibition complements the world premiere of the artist's commissioned performance God Bliss (In the Name of Semelah) with his theater company Wayang Bocor, at Asia Society, January 12-14, 2017.

Eko Nugroho grew up in Java and resides in one of the island’s major art centers, Yogyakarta. He is one of the most acclaimed members of the young generation of Indonesian contemporary artists, often referred to as the 2000 Generation that came to maturity during the period of Reformasi (reformation) in the 1990s. His multidisciplinary practice uses humor and irony to address social issues and changes within the rapidly urbanizing society of his native Indonesia, including risks associated with religious fanaticism, misogyny, and the breaking of traditional taboos by the younger generation. He works in many mediums including drawing, painting, sculpture, video, performance, and street art.