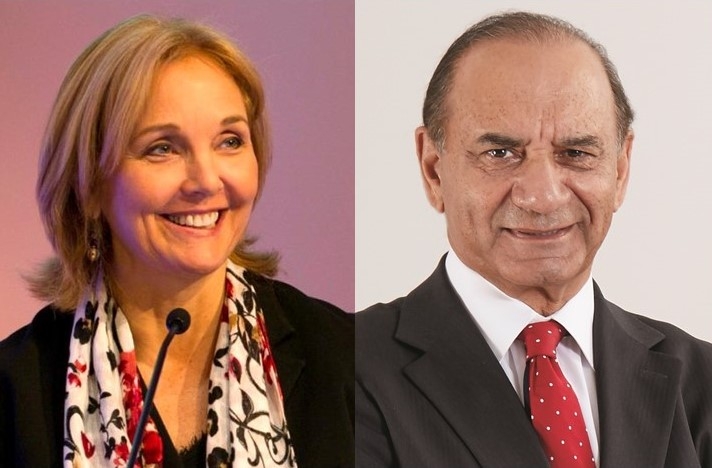 Can’t make it to this program? Tune in Wednesday, January 22, at 6:30 p.m. New York time for a free live video webcast. #AsiaSocietyLIVEAsiaSociety.org/Live

Join us for one of Asia Society’s longest-standing traditions — the President’s Forum series — with Farooq Kathwari, Chairman, President, and CEO of Ethan Allen Interiors, and author of Trailblazer: From the Mountains of Kashmir to the Summit of Global Business and Beyond. He has been President of the company since 1985, and Chairman and CEO since 1988. He is the Founder of the Kashmir Study Group, formed to develop ideas and initiate a process to bring peace and a resolution to the Kashmir conflict. Most recently, he was tapped to join the congressionally mandated U.S. Institute of Peace’s (USIP) bipartisan Task Force on Extremism in Fragile States, co-chaired by Governor Thomas Kean and Congressman Lee Hamilton, who had formerly led the 9/11 Commission.

Mr. Kathwari served as a member of the President’s Advisory Commission on Asian-Americans and Pacific Islanders from 2010 to 2014. He is a member of the Board of Overseers of the International Rescue Committee, chairman emeritus of Refugees International, advisory member of the New York Stock Exchange, co-chairman of the Muslim-Jewish Advisory Council, member of USIP’s International Advisory Council, among others. He has received many awards and recognition including the 2018 Ellis Island Medal of Honor, the American Furniture Hall of Fame, Outstanding American by Choice, and was listed by Worth magazine as one of the 50 Best CEOs in the U.S.