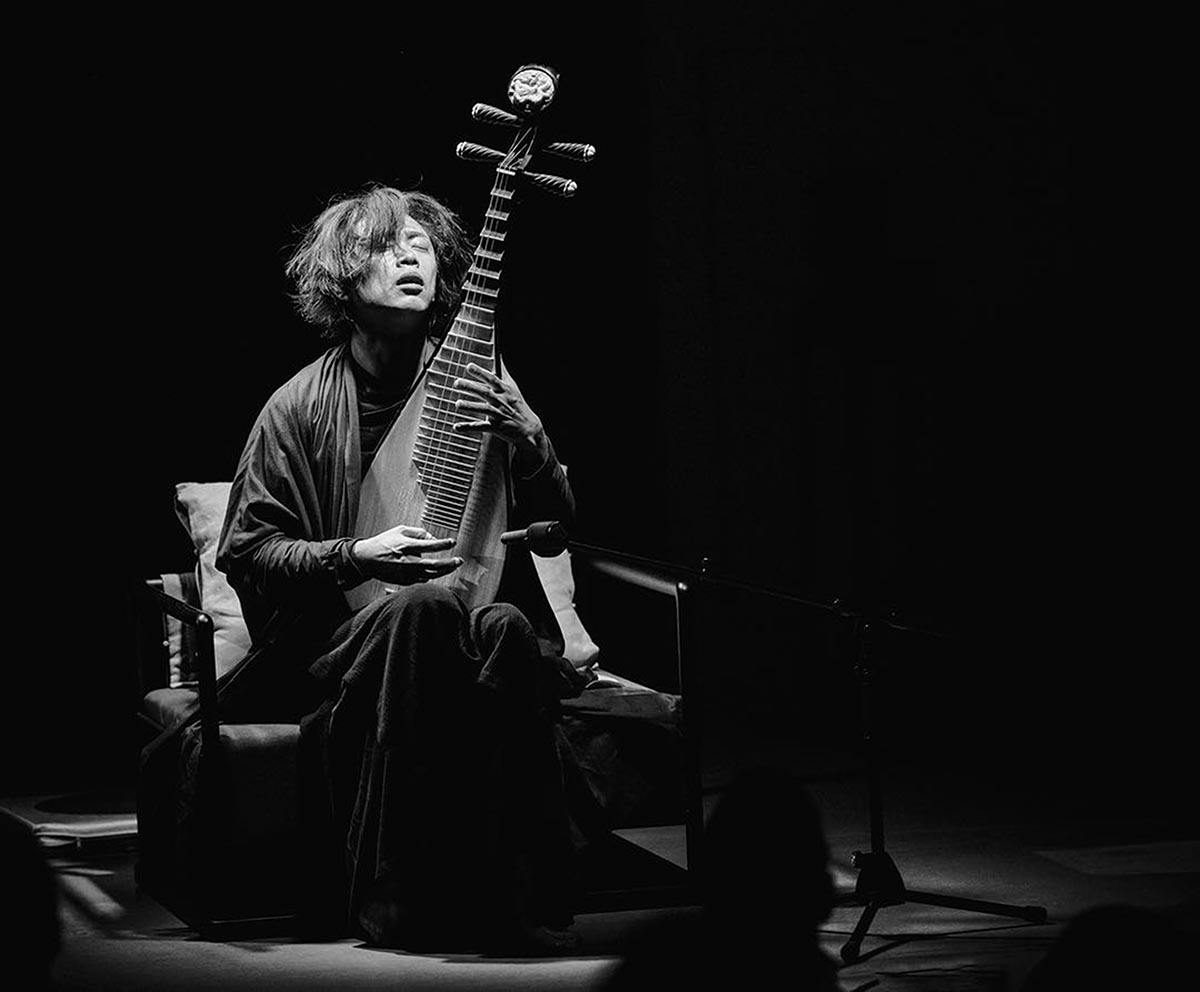 There will also be a performance of Overlord on Wednesday, January 10 at 7 p.m. Learn more.

Can’t make it to this program? Tune in Thursday, Jan. 11, at 3 p.m. New York time for a free live video webcast. AsiaSociety.org/Live

Overlord, a performance by the Yu Bin Ensemble, is a music-focused, interdisciplinary performance created by the pipa (traditional Chinese 4-stringed lute) player Yu Bin, who will be joined by an ensemble of some of the most talented young musicians in China, playing both Chinese and western instruments.

Overlord is inspired by two traditional Chinese pipa masterpieces: Ambush on All Sides and King Doffs His Armor. Overlord is based on historical facts, portraying the Chinese warlord Xiang Yu, using music to explore his inner world at different moments in his life. Unlike other film and traditional Chinese opera adaptations, Overlord avoids focusing on the retelling the story, and instead attempts to find the humanity inside this complex figure — who has often been portrayed as a ruthless leader, a notorious killer and a gruesome enemy — and explore the emotional connection he had to humanity as he led the rebel forces into battle against the Qian Dynasty. Yu Bin’s work uses music and theater to portray a nuanced character with a complex inner life.

Co-presented by the China Shanghai International Arts Festival as part of their R.A.W (Rising Artists’ Works) a creative initiative to commission new work by young artists.