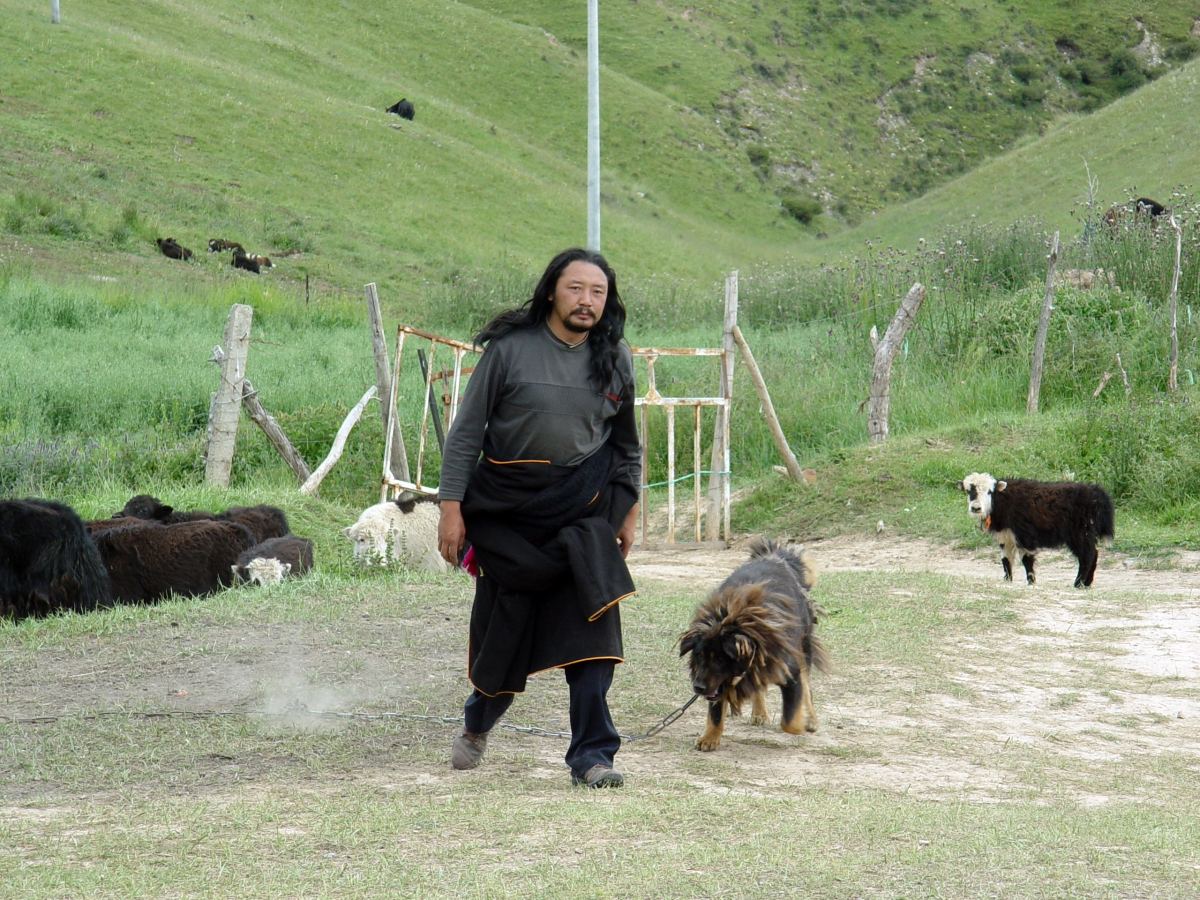 A family on the Himalayan plains discovers their dog is worth a fortune, but selling it comes at a terrible price.

The Tibetan nomad mastiff is an exotic prize dog in China, fetching as much as millions of dollars from wealthy buyers. When a young man notices several thefts of mastiffs from Tibetan farm families, he decides to sell his family's dog before it is stolen. His father, an aging Tibetan herder, is furious when he discovers their dog missing, and seeks to buy it back, setting off a series of events that threaten to tear the family apart, while showing the erosion of Tibetan culture under the pressures of contemporary society.

Pema Tseden's third feature is a humorous, tragic allegory and a sober depiction of life among the impoverished rural Tibetan community.

"Tseden's work is remarkable for shedding light on daily life in an oft-mythologized part of the world. In his films, Tibet isn't Shangri-La but neither is it just another part of China."—Steven Erickson, Sight & Sound

"Has the look and feel of a documentary, which adds senses of urgency and immediacy to a tale that moves at a languid, but never boring, pace."—The Village Voice

"A beautiful, highly effective and moving statement about a culture in danger of disappearing."—James Mudge, Beyond Hollywood