Nine and a Half Love [SOLD OUT] 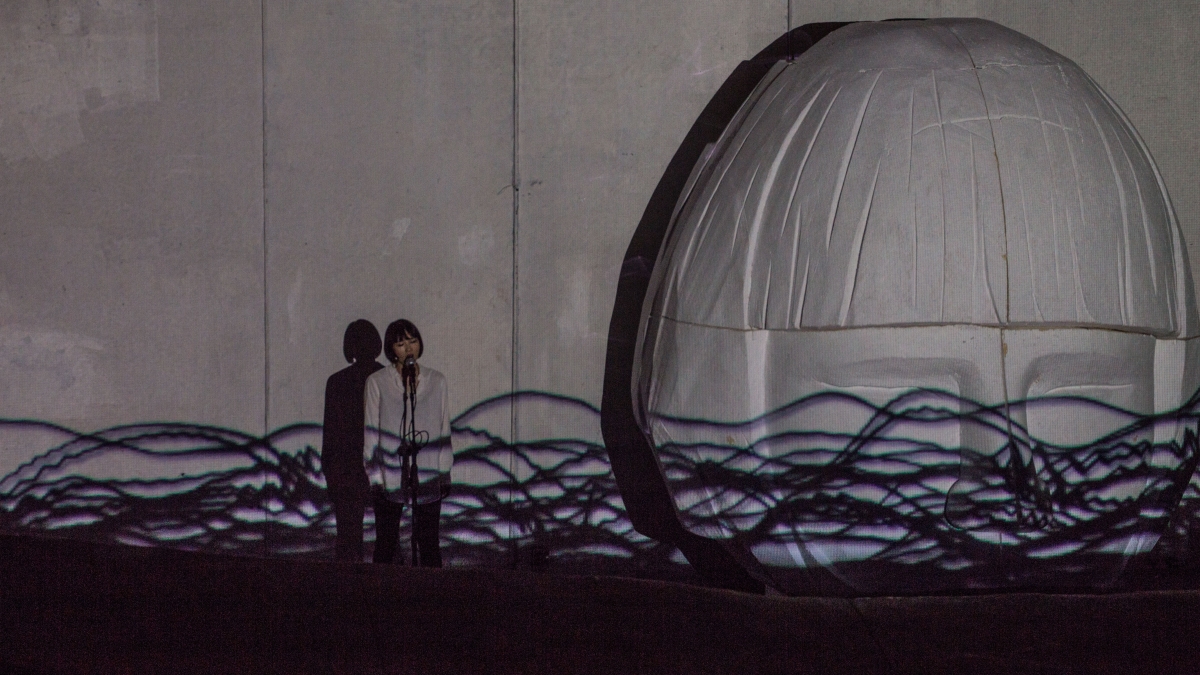 Inspired by Homer’s epics, Greek tragedy, Nietzche’s Thus Spoke Zarathustra, Krzysztof Kieslowski’s Blind Chance, and real-life revenge stories, Nine and a Half Love uses montage to combine poetry, myth and allegory. This bold solo performance by Huang Xiangli, “the Queen of Monodrama,” reveals a narrative in three layers: regret of time past; frustration about destiny; and volatility of love.

Nine and a Half Love unfolds a fresh vision of contemporary art in China: embodying new forms of expression that are informed by traditional work, ultimately creating a virtuosic re-imagining of the questions that surround life and love.

Nine and a Half Love is directed by Meng Jinghui, China's premiere avant-garde director, famed for his innovative style. The New York Times has credited Meng with creating a "remarkable resurgence of spoken drama" in China. Nine and a Half Love features Meng's signature satire, social commentary and honest till-death-do-us-part pure love.

About Meng Jinghui:
Meng Jinghui’s celebrated avante-garde theater work has been integral in the renewed popularity of Huaju (spoken drama) in China. Meng is a resident director of the National Theatre Company of China in Beijing.

While exploring larger social issues and politically sensitive subjects, Meng’s productions are comedies infused with playful, animated energy, cajoling and provoking the audience. His style is characterized by a mix of politics and popular culture, and of dark and humorous elements. He juxtaposes disparate styles, periods and cultures, including classical references, current events and pop culture—TV, film and the latest slang. Recurrent elements include mime, dance, music, poetry and prose, a vignette structure with a chorus of actors playing multiple roles, improvisation and spontaneity, sound and movement rhythm games, vocal ‘sound parts’ and gibberish.

Watch a trailer for Nine and a Half Love:

Nine and a Half Love is presented by Asia Society and Beijing Contemporary Art Foundation's Creative China Festival 2018.

Click for directions
20181214T193000 20181214T204500 America/New_York Asia Society: Nine and a Half Love [SOLD OUT] Nine and a Half Love is a stunning solo theater piece that combines poetry, myth and allegory in a darkly layered narrative about the regret of time past; frustration about destiny; and volatility of love.