A New Era for U.S.-Japan Relations?: The Biden-Suga Meeting 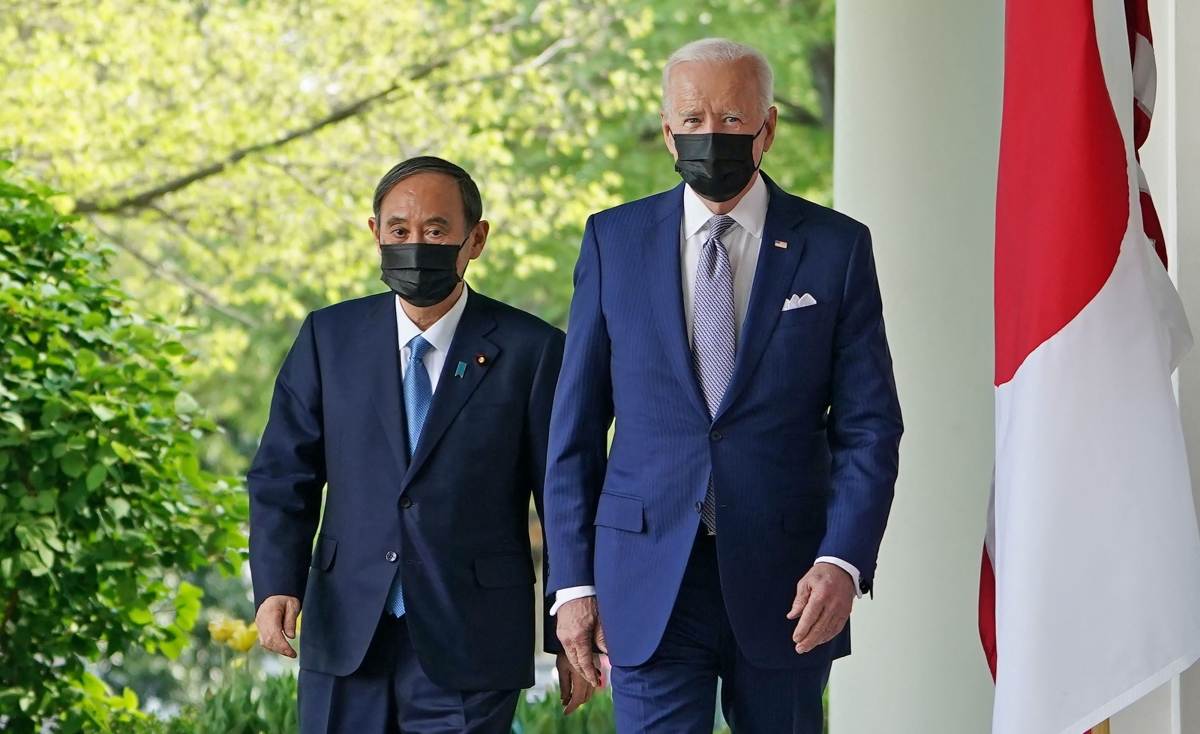 U.S. President Joe Biden and Japan's Prime Minister Yoshihide Suga walk through the Colonnade to take part in a joint press conference in the Rose Garden of the White House on April 16, 2021 (MANDEL NGAN/Getty Images).

***This event is open for all. Registration required***

In mid-April, President Joe Biden hosted Prime Minister Yoshihide Suga of Japan for his first in-person meeting with a foreign leader as president. Their joint statement announced a “Global Partnership for a New Era.” Among many areas, they discussed the future of a Free and Open Indo-Pacific on the back of a rules-based approach to regional and global order, the importance of the digital economy and emerging technologies -- including 5G, artificial intelligence, semiconductors, and climate.

Join H.E. Koji Tomita, Ambassador of Japan to the U.S.; the Hon. Caroline Kennedy, former Ambassador of the U.S. to Japan; and Asia Society Policy Institute Vice Presidents Daniel Russel and Wendy Cutler to discuss what the outcomes of this meeting mean for the bilateral relationship, the region, and the world going forward.

H.E.Koji Tomita is the Ambassador of Japan to the U.S. His diplomatic career in the Japanese Ministry of Foreign Affairs (MOFA) spans 40 years, most recently serving as Japan’s Ambassador to Korea, Prime Minister Shinzo Abe’s Personal Representative for the G20 Summit in Osaka (2018), and Ambassador to Israel. His other overseas postings have included London and Paris. He has held leadership positions in U.S.-Japan relations -- as Director-General of MOFA’s North American Affairs Bureau and Deputy Chief of Mission at the Embassy of Japan in Washington, DC. In these capacities, he led the Japanese efforts to strengthen the Japan-US alliance and to promote mutual understanding between the two nations. He is the author of two books (in Japanese): Churchill: Leadership in Crisis and the Yamamoto Shichihei Award-winning Margaret Thatcher: Iron Lady Who Changed Politics.

The Hon. Caroline Kennedy served as United States Ambassador to Japan from 2013 to 2017. Her tenure was marked by the commemoration of the 70th anniversary of the end of World War II and the historic visits of President Obama to Hiroshima and Prime Minister Abe to Pearl Harbor. As Ambassador, she supported economic empowerment of women and worked to increase student exchanges between the U.S. and Japan. She is an attorney and the author and editor of eleven books on law, civics, and poetry. She is Honorary President of the John F. Kennedy Library Foundation and serves on the board of the U.S.-Japan Foundation.