[MEMBERS ONLY] Biden and Asia: Perspectives on the First 100 Days | Asia Society Skip to main content

[MEMBERS ONLY] Biden and Asia: Perspectives on the First 100 Days 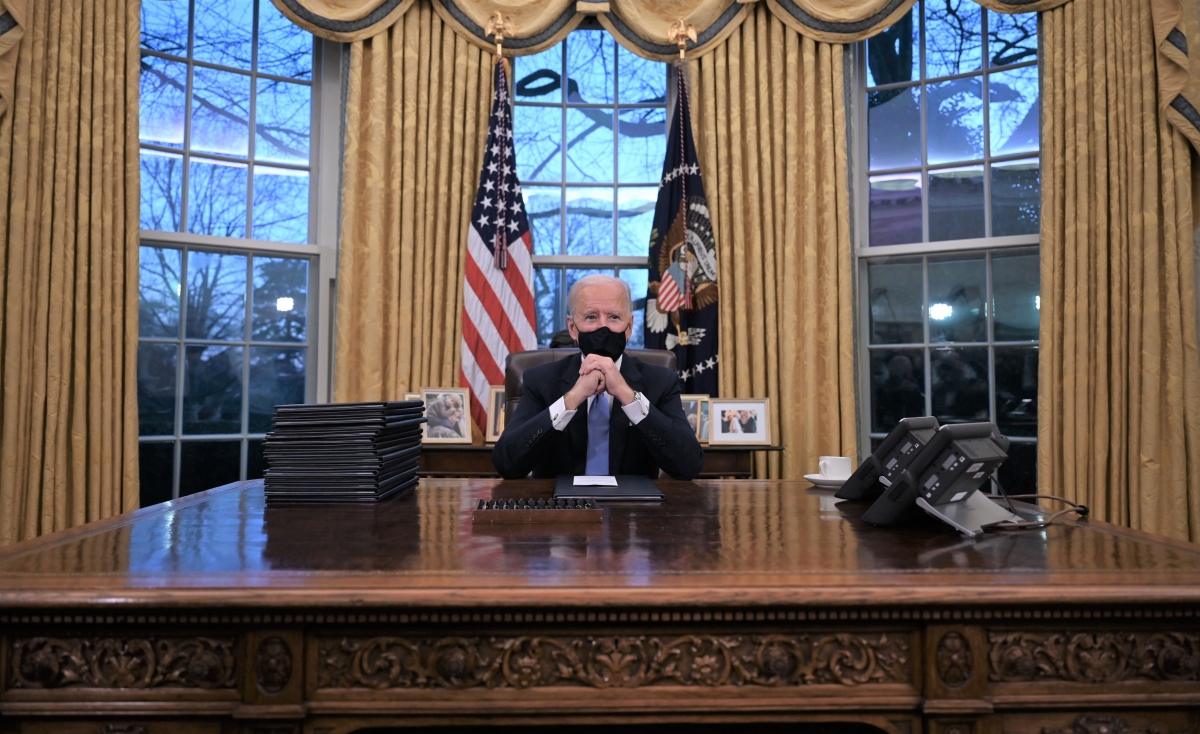 ***This is a members-only program and registration is required***

In his inaugural address, President Joe Biden spoke of the United States once again standing as “a beacon to the globe.” In many parts of the world there was a sense that “America is back,” including a return of U.S. engagement and commitment to its allies and the world. As we approach the 100-day mark of the Biden administration, the new president has pivoted sharply from his predecessor. In Asia, the new administration hosted an early meeting of “Quad” leaders from Japan, Australia, and India. The Biden foreign policy team has also shored up key alliances and moved to quickly resolve the military cost-sharing dispute in South Korea that had festered in the Trump era; rejoined the Paris Climate Accord; and is exploring rejoining the Iran Nuclear Agreement. Less clear are what changes are in store in terms of the long-standing U.S. military presence in Afghanistan, or next steps for the topic that will dwarf all others: the U.S. relationship with China.

Join us as we mark the Biden Administration’s first 100 Days with a discussion led by Asia Society President and CEO Kevin Rudd, featuring Eurasia Group’s Ian Bremmer and the Hoover Institution's Elizabeth Economy. A wide-ranging review of what has changed, what has not, and what these first 100 days suggest about the trajectory and challenges facing this presidency, for Asia in particular.

Ian Bremmer is President and Founder of Eurasia Group and GZERO Media, a company dedicated to providing intelligent and engaging coverage of international affairs, where he is the host of "GZERO World with Ian Bremmer," airing weekly on US national public television. He is also the Harold J. Newman Distinguished Fellow in Geopolitics at the Asia Society Policy Institute. A prolific writer, he is the author of ten books, including the New York Times bestseller Us vs. Them: The Failure of Globalism, which examines the rise of populism across the world. He is a Foreign Affairs columnist and editor-at-large for TIME magazine, and currently teaches at Columbia University's School of International and Public Affairs.

Elizabeth Economy is a senior fellow at the Hoover Institution at Stanford University, and a senior fellow for China studies at the Council on Foreign Relations. Her forthcoming book, The World According to China (2021), explores China’s foreign policy ambitions and their impact on the international system. Her most recent book, The Third Revolution: Xi Jinping and the New Chinese State (2018) was shortlisted for the Lionel Gelber Prize, a prestigious literary award for foreign affairs books. She is also the author of By All Means Necessary: How China's Resource Quest is Changing the World (2014), co-authored with Michael Levi, and the award-winning The River Runs Black: The Environmental Challenge to China's Future (2004; 2nd edition, 2010). In 2018, she was named one of the "10 Names That Matter on China Policy" by Politico Magazine. She serves on the board of managers of Swarthmore College, the board of trustees of the Asia Foundation, and the board of directors for the National Committee on U.S.-China Relations.