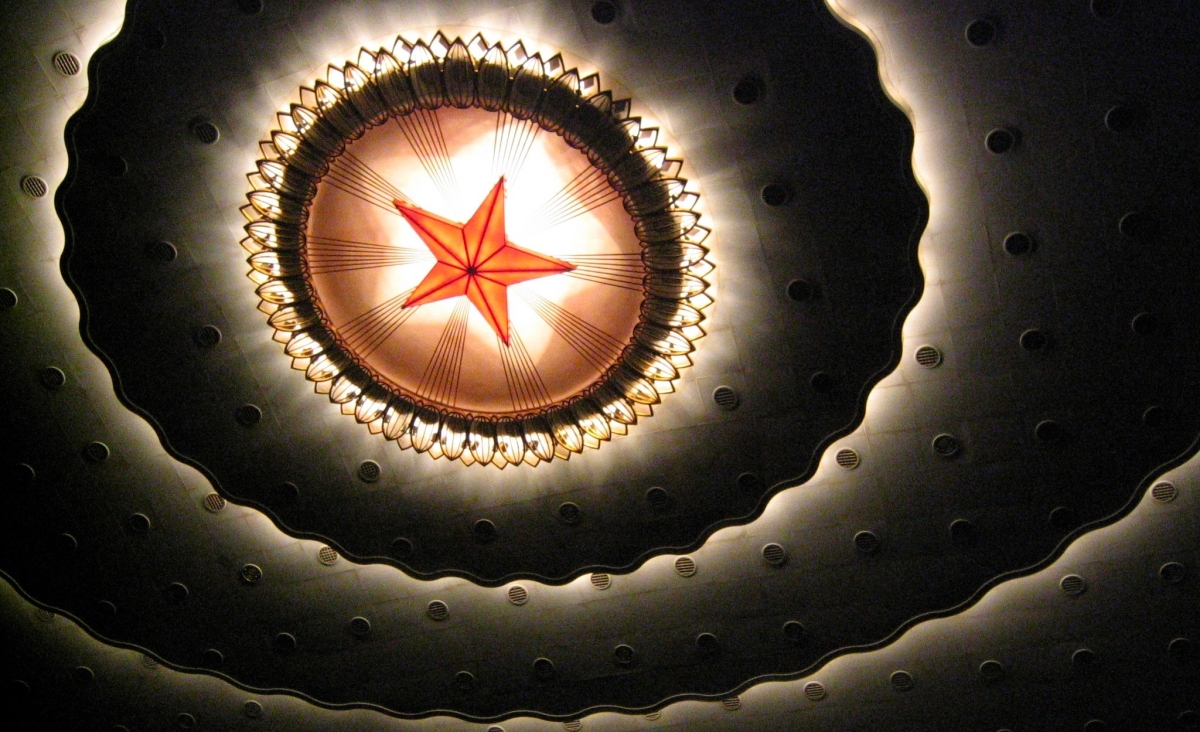 Ceiling of the 10,000-seat auditorium in China's Great Hall of the People (Forezt/Wikimedia Commons).

In the lead up to China’s crucial 20th Chinese Communist Party Congress next fall — at which Chinese president Xi Jinping will seek to be reappointed for an unprecedented third term — China’s top leadership has this week is being summoned to Beijing for a pivotal meeting, the 6th Plenum, that will provide important signals on what lies ahead for China by re-shaping its history. While the theme of the Plenum is ostensibly about history, under the surface the gathering is intended to determine the future course for China, the CCP, and its “core” leader: Xi Jinping.

Asia Society President and former Australian Prime Minister Kevin Rudd will be joined by Christopher Johnson, president and CEO of China Strategies Group LLC and former senior China analyst at the Central Intelligence Agency, for a discussion on what the 6th Plenum means for the future direction of Chinese politics, economics, and foreign policy. The conversation will be moderated by Mary Kay Magistad, associate director of Asia Society’s Center on U.S.-China Relations and a former Beijing-based China correspondent for NPR and for PRX's The World.

Christopher K. Johnson is President and CEO of China Strategies Group, a political risk consulting firm, and also serves as a senior fellow in the office of the president at the Center for Strategic and International Studies. An accomplished Asian affairs specialist, he spent nearly two decades serving in the United States Government’s intelligence and foreign affairs communities. He worked as a senior China analyst at the Central Intelligence Agency, and played a key role in the analytic support to policy makers during the 1996 Taiwan Strait missile crisis, the 1999 accidental bombing of the Chinese Embassy in Belgrade, the downing of a U.S. reconnaissance aircraft on Hainan Island in 2001, and the SARS epidemic in 2003. He also helped shape senior officials’ understanding of the politics of the Jiang Zemin era, the successful leadership transition to Hu Jintao in 2002, and the ascent of the new Chinese leadership cohort under President Xi Jinping. In 2011, he was awarded the U.S. Department of State’s Superior Honor Award for outstanding support to the Secretary and her senior staff. After departing the CIA in 2012, he served as the Freeman Chair in China Studies at CSIS for eight years.