The Life of a Professional Glutton

A Conversation with Adam Platt and Nicholas Platt 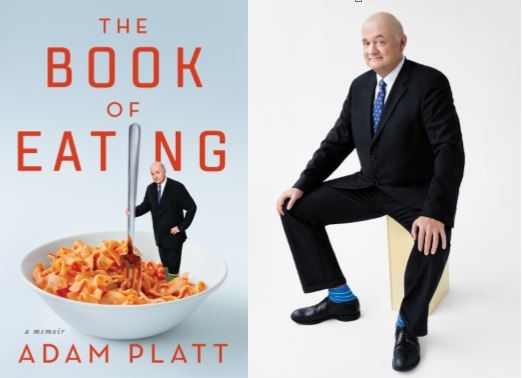 Can’t make it to this program? Tune in Tuesday, December 17, at 6:30 p.m. New York time for a free live video webcast. #AsiaSocietyLIVEAsiaSociety.org/Live

How did Adam Platt, restaurant critic for New York magazine, land “the best job in the 20th century”: a professional glutton? As the son of a diplomat growing up in places in Asia like Hong Kong, Taiwan, and Japan, his childhood was filled with food and travel and he developed a refined understanding of a wide variety of Asian cuisines. An early appreciation of different cultures and flavors helped shape his journey to becoming one of today’s most influential food critics.

Join Platt as he discusses his new memoir The Book of Eating and recounts a life of globetrotting and his adventures in professional gluttony in a conversation with Ambassador Nicholas Platt, president emeritus of Asia Society. This wide-ranging chat between a father and son will offer an intimate and riveting look at Adam Platt’s upbringing, his 20-plus years in the culinary world, his countless dining experiences across Asia, and more.

The program will be followed by a book signing.

Adam Platt has been a contributing editor and restaurant critic for New York magazine since 2000. He won the James Beard Foundation Journalism Award for Restaurant Reviews in 2010. During the course of nearly twenty-five years in the magazine business, Platt has written for a variety of publications, including The New Yorker, the New York Observer, Esquire, and Condé Nast Traveler. He lives in Greenwich Village with his wife and two pizza-loving daughters.

Ambassador Nicolas Platt (moderator) serves as President Emeritus of Asia Society. Ambassador Platt joined the Asia Society as its fifth president in 1992 after a thirty four-year career as an American diplomat in Asia. With consular postings in Hong Kong, China and Japan, Ambassador Platt’s diplomatic career culminated with his service as US Ambassador to the Philippines (1987-1991) and Pakistan (1991-1992). He is a Member of the New York Council on Foreign Relations, a Director of Fiduciary Trust Company International, and a Member of the International Advisory Board of the Financial Times.