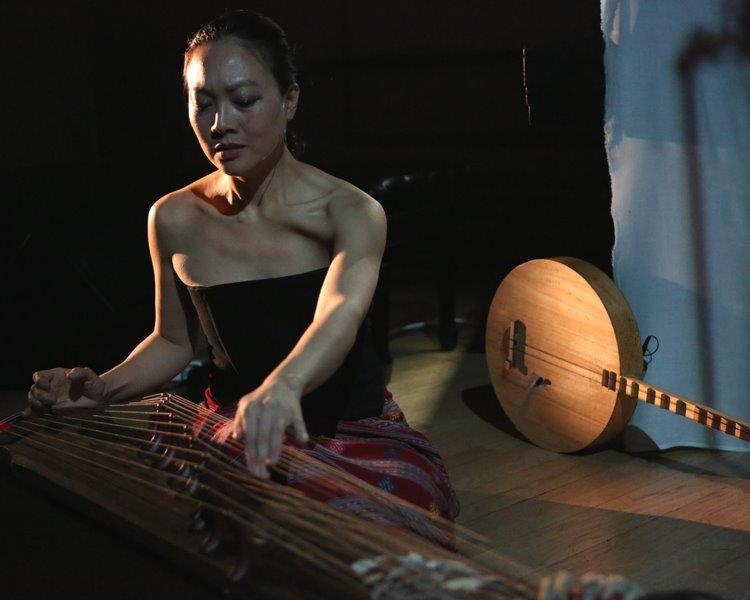 Presented by National Sawdust and World Music Institute. In association with Asia Society.

Nine Doors was inspired by the loss of Shyu’s friend Sri Joko Raharjo “Cilik,” who died with his wife and infant son in an automobile accident at the age of 30. Raharjo was a master of the Javanese art of shadow puppetry called wayang kulit. His 6-year-old daughter, who survived the crash, is the central character in Shyu’s piece. Time stops as she encounters powerful female legends — from the Wehali Kingdom of Timor to the Korean folkloric myth of Baridegi, the mother of all shamans — who become her guides. A mysterious phone booth in a gardener's yard in Otsuchi, Japan, which has become a comfort to the families who lost loved ones in the 2011 tsunami, also enters into the story, with the gardener having given Shyu permission to compose a piece with his poetry. The work reflects the parallels that exist between life and death, different cultures, and the importance of empathy over destructive assumptions that divide humanity.

Nine Doors incorporates Shyu’s 12-plus years of study of traditional music from five countries: epic storytelling (Pansori) and East Coast shaman music (DongHaeAhnByeolShinGut), both from Korea; music from sub-districts Aileu and Ataúro from East Timor; Hengchun Folk Song with moon lute from Taiwan; Ledhekan, which combines Javanese dance with improvisational singing (Sindhenan) from Indonesia; and the "speaking-of-the-song" or "katari" with Japanese biwa, the rare 4-stringed instrument originally used by monks and priests.