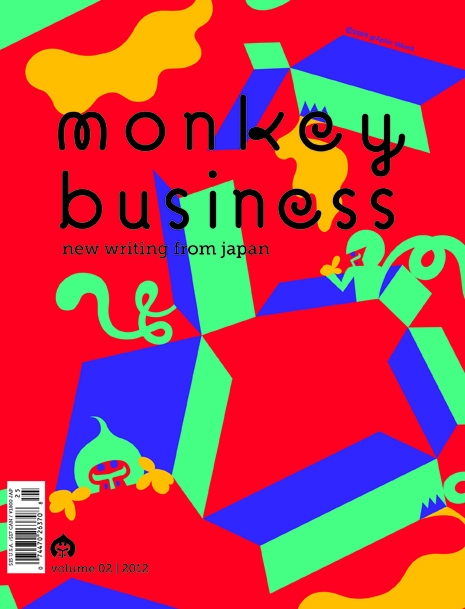 Continuing its highly successful 2011 partnership with The Japan Foundation, Asia Society will once again join with Monkey Business, the acclaimed English-language anthology of newly translated Japanese writing, to present an American-Japanese literary dialogue in conjunction with the PEN World Voices International Festival.

Co-presented by Asia Society and the Japan Foundation.

Click on the following writers' names, below, to read excerpts of their work.

Stuart Dybek is a masterful short story writer as well as poet. The qualities that distinguish his fiction — a strong connection to place, particularly his native Chicago, childhood nostalgia tinged with irony, a meandering narrative pace, and an ability to find beauty amid urban blight — also characterize much of his poetry. Few writers have captured street life as movingly as Dybek. The son of a Polish immigrant, he has published two critically acclaimed books of short stories, The Coast of Chicago and Childhood and Other Neighborhoods, as well as a collection of linked stories, I Sailed with Magellan. His most recent book of poems is Streets in Their Own Ink.

Ted Goossen specializes in modern and contemporary Japanese literature, and has translated a number of Japanese writers, including Shiga Naoya, Ibuse Masuji and Haruki Murakami. He is also involved on a regular basis with the Department of Contemporary studies at the University of Tokyo, where he has taught courses in Canadian and Japanese literature and literary translation. He is the editor of The Oxford Book of Japanese Short Stories (Oxford University Press, 1997).

Kelly Link's debut collection, Stranger Things Happen, was a Firecracker nominee, a Village Voice Favorite Book and a Salon Book of the Year — Salon called the collection "...an alchemical mixture of Borges, Raymond Chandler, and Buffy the Vampire Slayer." Stories from the collection have won the Nebula, the James Tiptree Jr., and the World Fantasy Awards. Her second collection, Magic for Beginners, was published in 2005. Link has taught or visited at a number of schools and workshops and she is an editor for the Online Writing Workshop and has been a reader and judge for various literary awards. With Gavin J. Grant and Ellen Datlow she edits The Year's Best Fantasy & Horror (St. Martin's Press). She is also the editor of the anthology Trampoline.  Link lives in Northampton, MA. She and her husband, Gavin J. Grant, publish a twice-yearly zine, Lady Churchill's Rosebud Wristlet — as well as books — as Small Beer Press.

Masatsugu Ono is the author of five books of fiction. He received the Asahi New Writers' Award for his first novel Mizu ni Umoreru Haka (Graves Buried in Water) and the Mishima Yukio Prize for his second novel Nigiyaka na Wan ni Seowareta Fune (The Ship Shouldered by the Jolly Bay). He teaches French at Meiji Gakuin University, and has translated Edouard Glissant, V. S. Naipaul and Amitav Ghosh.

Tomoka Shibasaki graduated from Osaka Prefecture University and worked for four years before her debut publication in 2000, the novel Kyō no dekigoto, which was made into a film by Isao Yukisada in 2003 (English title: A Day on the Planet). She wrote Sono Machi No Ima Wa (Today, in that City), which first appeared in Shincho in 2006. It was nominated in 2007 for the Akutagawa Prize.

Motoyuki Shibata (moderator) teaches American literature and literary translation at the University of Tokyo.  He is currently Associate Dean of Graduate School of Humanities and Sociology. He received a Kodansha Essay Prize for Namahanka-na Gakusha (A Half-hearted Scholar), a Suntory Prize for Social Sciences and Humanities for The American Narcissus (2005), and in 2011 he received a Japanese Translation Cultural Award for his translation of Thomas Pynchon’s Mason & Dixon.  Among contemporary authors he has translated are Paul Auster, Steven Millhauser, Richard Powers, Stuart Dybek and Steve Erickson. He runs his own literary quarterly, Monkey Business, in which both major Japanese and American authors have appeared, including Auster and Haruki Murakami.
Asia Blog interview with Motoyuki Shibata

Can't make it to this program? Tune into AsiaSociety.org/Live at 2:00 pm ET for a free live video webcast. Viewers are encouraged to submit questions to moderator@asiasociety.org