The Japan-U.S. Alliance in the Trump Era and Beyond | Asia Society Skip to main content

The Japan-U.S. Alliance in the Trump Era and Beyond 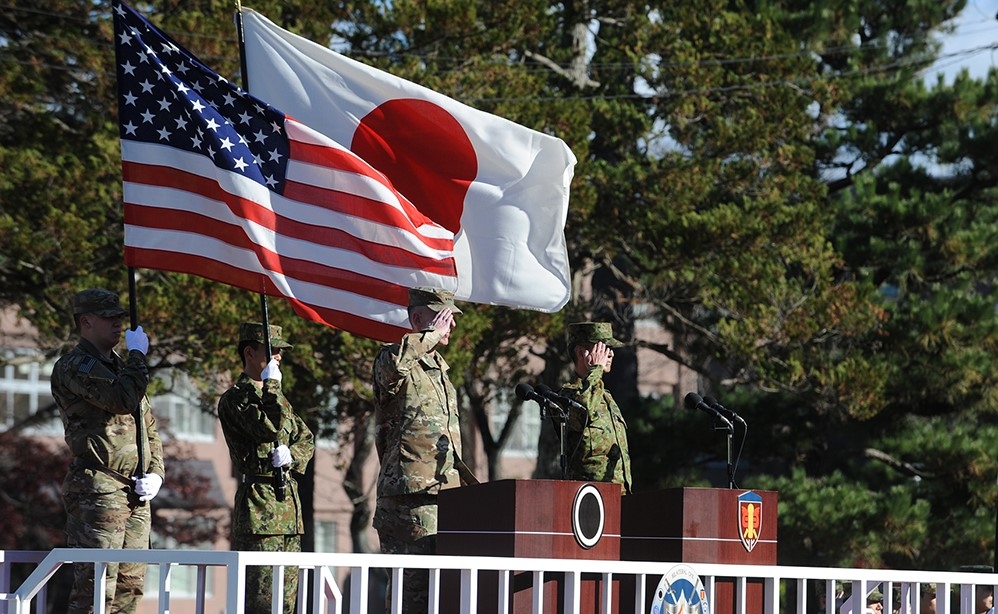 Can’t make it to this program? Tune in Tuesday, February 25, at 6:30 p.m. New York time for a free live video webcast. #AsiaSocietyLIVEAsiaSociety.org/Live

With growing security concerns in the Indo-Pacific region, Japan has been bolstering the capabilities of its Self-Defense Forces (JSDF). Though constitutionally limited, Prime Minister Shinzo Abe has successfully expanded the JSDF’s mandate to allow operations for the collective self-defense of Japan and its allies, and the deployment of the JSDF beyond Japan’s immediate vicinity has drawn some controversy both at home and abroad. Japan’s security still depends heavily on its alliance with the U.S. — this past January marked the 60th anniversary of the treaty revised by Prime Minister Abe’s grandfather Prime Minister Nobusuke Kishi — but there are concerns over U.S. commitment in the Indo-Pacific region, no doubt due to President Donald Trump’s comments and what seems to be his transactional approach to U.S. foreign policy.

Join us for a discussion with Narushige Michishita, Sheila Smith, and Takako Hikotani on Japan’s evolving security capabilities and the drivers of these changes. Are they being encouraged by the U.S. to participate more broadly in the Indo-Pacific region and beyond, or rather, as critics point out, due to worries over U.S. reliability?

Narushige Michishita is Vice President and professor at the National Graduate Institute for Policy Studies (GRIPS) in Tokyo, and Director of the Security and International Studies, Strategic Studies, and Maritime Safety and Security Policy programs. He previously served as a senior research fellow at the National Institute for Defense Studies at the Ministry of Defense, and assistant counsellor at the Cabinet Secretariat for Security and Crisis Management of the Government of Japan.

Sheila Smith is senior fellow for Japan Studies at the Council on Foreign Relations. An expert on Japanese politics and foreign policy, she is the author of Japan Rearmed: The Politics of Military Power, Intimate Rivals: Japanese Domestic Politics and a Rising China, and Japan's New Politics and the U.S.-Japan Alliance. She is vice chair of the U.S. advisors to the U.S.-Japan Conference on Cultural and Educational Interchange, a binational advisory panel of government officials and private-sector members.

Takako Hikotani (moderator) is serving a term appointment as the Gerald L. Curtis Associate Professor of Modern Japanese Politics and Foreign Policy at Columbia University. She previously taught at the National Defense Academy of Japan, where she was Associate Professor, and lectured at the Ground Self Defense Force and Air Self Defense Force Staff Colleges, and the National Institute for Defense Studies. Her research focuses on civil-military relations and Japanese domestic politics, Japanese foreign policy, and comparative civil-military relations.