A Hamneshini Event on Survival Justice with Morehshin Allahyari 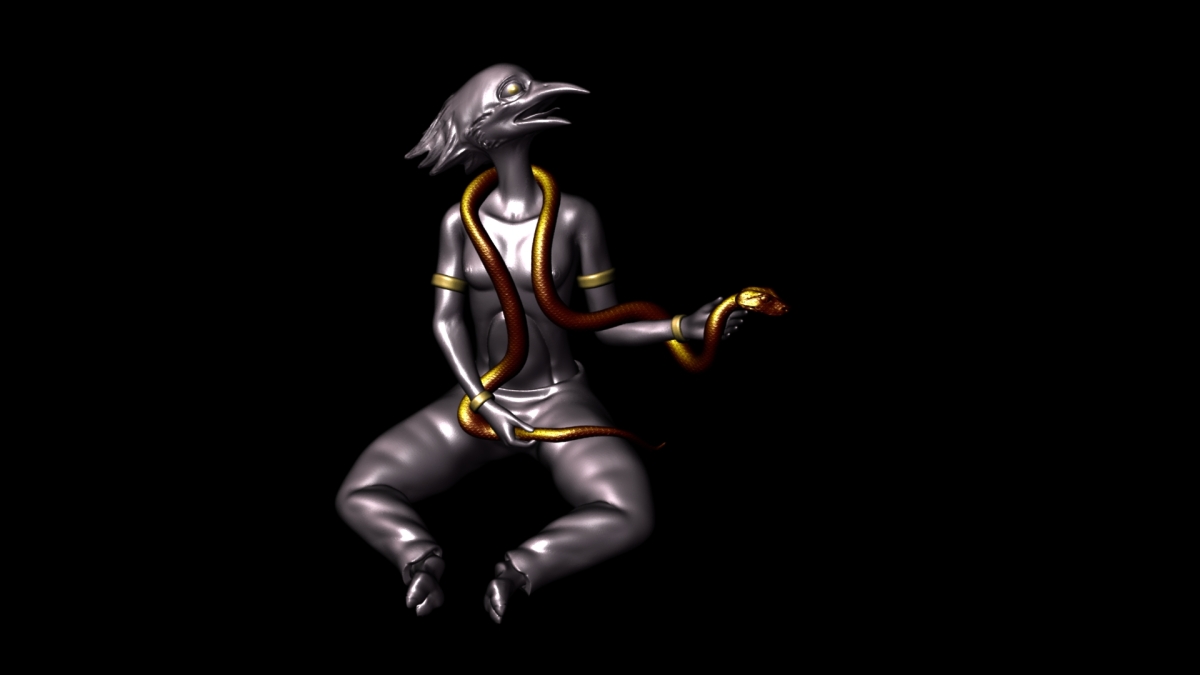 Morehshin Allahyari, She Who Sees The Unknown: The Left Witness, Image courtesy of artist, 2019.

One no one could elude

One she is the most worshiped for

She then extends her body to make all temperatures equal;

Above ‘the normal’ on all surfaces.

For the Dehydrated  and The un-suffered from drought*

This event, hosted by acclaimed artist, activist, and writer Morehshin Allahyari, will take the shape of a series of poetic rituals and personal storytellings in the form of Ha’mneshi (translated from Farsi as “sitting together”) and in collaboration between Allahyari, guest speakers Nima Behravan and Angeline Marie Michael Meitzler, and audience members.

We will use the story of Huma (حمة) as the point of departure: a jinn known in various Middle Eastern myths to bring fever and heat into the human body. Together, we will summon her power as an opening for sharing personal stories and collective methodologies written and devised during the pandemic beyond the borders of the Global North. We will call on ‘survival justice’ as the framework to re-figure, unfold, and re-consider the popular phrase: “we are all in this together.” Like Erik Swyngedouw says in his: Apocalypse Now! essay, “the apocalypse is combined and uneven. And it is within this reality that political choices have to be made and sides taken.” How have the already existing issues around economics, race, class, and access influenced and changed our experiences of the pandemic? What have we learned from these moments and how might we use these learnings as lessons for speculating and moving towards a more just, aware, and kind future?

This event is free and open to the public. Watch the event live on Asia Society's Facebook and YouTube page. No registration required.

*selected text from She Who Sees The Unknown: Huma video by Morehshin Allahyari, 2016.

Host
Morehshin Allahyari (Persian: موره شین اللهیاری‎; born 1985) is an Iranian-Kurdish media artist, activist, and writer based in Brooklyn, New York. She uses computer modeling, 3D scanning, and digital fabrication techniques to explore the intersection of art and activism. Her work has been part of numerous exhibitions, festivals, and workshops at venues throughout the world, including the New Museum, MoMA, Centre Pompidou, Venice Biennale di Archittectura, and Museum für Angewandte Kunst among many others. She is the recipient of the United States Artist Fellowship (2021), The Joan Mitchell Foundation Painters & Sculptors Grant (2019), The Sundance Institute New Frontier International Fellowship, and the leading global thinkers of 2016 award by Foreign Policy magazine. She has been awarded major commissions by The Shed, Rhizome, New Museum, Whitney Museum of American Art, Liverpool Biennale, and FACT.

Guest speakers
Nima Behravan is a designer and researcher whose practice focuses on the relations between ecology and the communication humans are seeking with nature. He uses tangible media and creates interactive installations in physical and virtual worlds to address collective actions toward social ecology. Behravan is a graduate of Masters of Fine Arts in Design and Technology at Parsons school of design.

Angeline Marie Michael Meitzler is a Filipino American artist, writer and software worker based in Brooklyn, NY. Their practice is centered in performance and semi non-fiction incorporating film, painting and the web. Her work and research explore legacies of empire that inform economic value systems and twentieth century expanded adaptations of colonialism that become embodied forms of dysmorphia and emancipation.