The Growth of the Art World in the Middle East: From Collecting to Museum Development | Asia Society Skip to main content

The Growth of the Art World in the Middle East: From Collecting to Museum Development

NEW YORK, March 1 — Roxane Zand, deputy chairman for the Middle East and Gulf Region at Sotheby’s, and Anna Somers Cocks, founder-editor and chairman of The Art Newspaper, present their insights into the rapidly developing structure and patronage of museums in the Middle East. The conversation was moderated by Vice President of Global Arts & Cultural Programs and Director of Asia Society Museum, Boon Hui Tan. (1 hr., 22 min.)

Can’t make it to this program? Tune in Thursday, March 1, at 6 p.m. New York time for a free live video webcast. AsiaSociety.org/Live

Join us for a special discussion by leading experts on the rapidly developing structure and patronage of museums in the Middle East. Roxane Zand, Deputy Chairman, Middle East and Gulf Region, Sotheby’s, and Anna Somers Cocks, Founder-Editor and Chairman of The Art Newspaper, will present their insights. Boon Hui Tan, Vice President of Global Arts & Cultural Programs and Director of Asia Society Museum, will moderate the conversation. 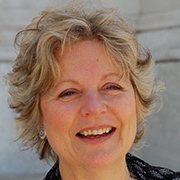 Anna Somers Cocks, OBE, is a journalist, editor, and publisher. In 1990 she founded The Art Newspaper, which she edited until 2003. She currently serves as its chairman and editorial advisor. While chairing the Venice in Peril Fund from 1999 to 2012, she organized with Elena Foster a collateral exhibition, “Real Venice,” for presentation at the 54th Venice Biennale (2011) and later at the Somerset House, London (2011). Previously, Somers Cocks was editor-in-chief of Apollo magazine (1986–1990) and a curator at the Victoria and Albert Museum, London (1973–1986). She is the recipient of the Istituto Veneto di Scienze, Lettere ed Arti prize in journalism (2013) and the Commendatore della Stella d’Italia (2003). Somers Cocks is a graduate of Oxford University and Courtauld Institute, London. 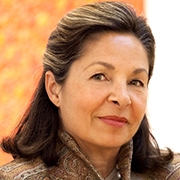 Roxane Zand is the deputy chairman of Middle East and Gulf Region at Sotheby’s, where she develops and contributes to sales of Arab and Iranian art, as well as conducts charity auctions to benefit causes in the Middle East and North Africa. Zand left Iran following the Revolution and relocated to London to resume professional activities in education and the arts. Prior to joining Sotheby’s in 2006, she held positions at the British Museum, Asia House, Iran Heritage Foundation, and UNESCO. Zand is currently a member of the advisory council for Prix Pictet and the development board of the University of the Arts London. She has been appointed deputy lieutenant for Greater London for her services to Middle Eastern art and culture. She is also an arts editor for the Encyclopedia Islamica. She was educated at Harvard University and Oxford University.