Part of the Lahore Literary Festival in New York 2017 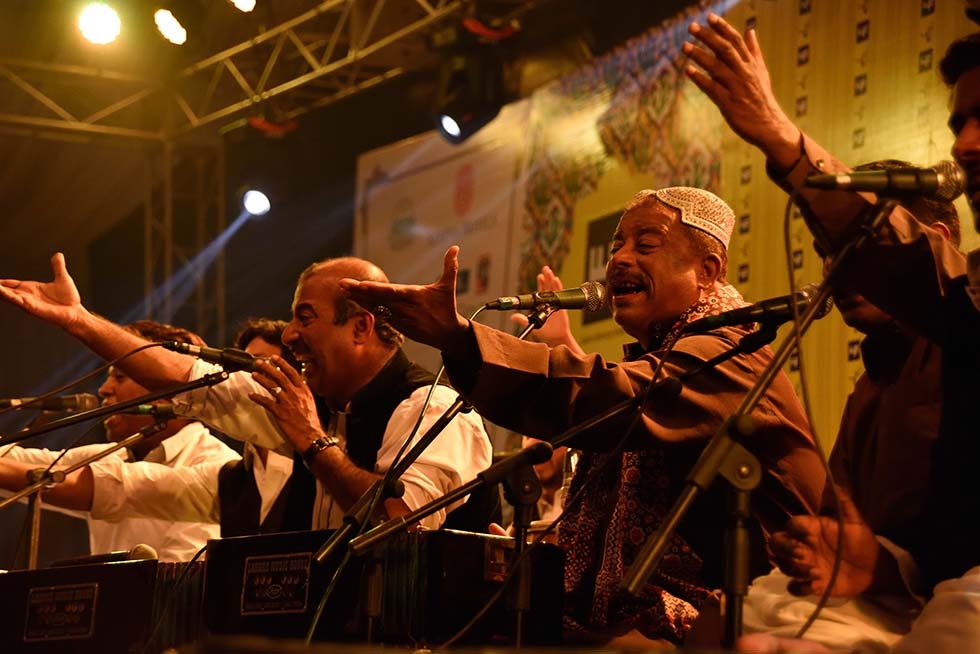 Qawwali is a Sufi devotional form known as the “path of the heart”. Popularized by the late Nusrat Fateh Ali Khan, qawwali songs are based on the mystical poetry of Sufism. The traditional music works its way to ecstatic peaks with strong voices and percussive handclaps, seeking to transport musicians and audience closer to the divine.

Can’t make it to this program? Tune in Saturday, May 6, at 8:00 p.m. New York time for a free live video webcast.AsiaSociety.org/Live

Fareed Ayaz, Abu Muhammad Qawwal and Brothers are masters of Qawwali Sufi music as well as classical genres such as tarana, thumri, and khayal. They belong to the Qawwal Bachon ka Gharana of Delhi, a music school founded in the 14th century that remains the best-known gharana today. Weaving together devotional and secular traditions, Ayaz and company have been bringing South Asian music to international audiences for over 30 years.

For information on the morning session of LLF, click here.

For information on the afternoon session of LLF, click here.