The Economic Impact of Coronavirus 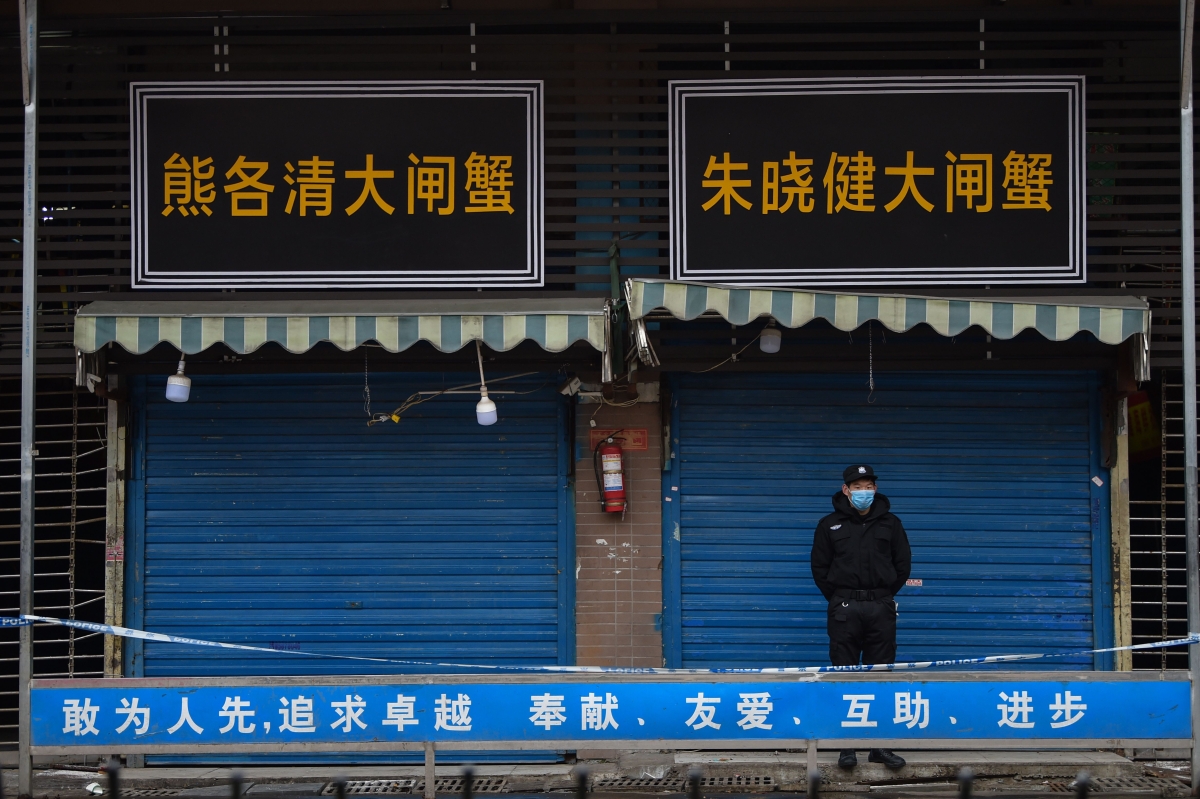 A security guard stands outside the Huanan Seafood Wholesale Market where the coronavirus was detected in Wuhan, China on January 24, 2020. (Hector Retamal/AFP via Getty Images)

Can't make it to this program? Tune in March 9, at 8:30 a.m. New York time for a free live video webcast. Viewers are encouraged to submit questions to moderator@asiasociety.org or via Twitter by using the hashtag #AsiaSocietyLIVE.AsiaSociety.org/Live

Since the start of the year, physicians, officials, and communities in China and beyond have scrambled to respond to the alarming outbreak of COVID-19, the coronavirus which began in city of Wuhan and has so far resulted in over 90,000 confirmed cases and over three thousand deaths worldwide as of March 1.

The negative economic impacts of this virus came swiftly and will likely worsen as the outbreak continues to disrupt tourism, trade, supply chains, and investment in China and beyond. After extending the Lunar New Year holiday to slow the outbreak, Beijing is trying to jumpstart economic production through a number of steps – new construction projects, low interest rates, and tax cuts.

What will be the ultimate impact of the coronavirus on the regional and global economy and China’s economic trajectory? And how will it affect China’s ability to follow through on the commitments it made in the phase one trade deal with the United States? At this March Asia Briefing, Kevin Rudd, President of the Asia Society Policy Institute (ASPI), and Daniel Rosen, a founding partner of Rhodium Group and the Jack Wadsworth Fellow at ASPI, will shed light on China’s economic trajectory in the wake of the coronavirus outbreak and assess the global ramifications.

Rosen will also share findings from the latest quarterly update of The China Dashboard, a joint project of the Rhodium Group and Asia Society Policy Institute that tracks China’s progress toward its self-defined reform objectives in 10 essential economic policy clusters. The Dashboard provides data-driven analysis to showcase changes in the Chinese economy and reduce uncertainty about the pace and direction of Chinese economic reform.

Daniel H. Rosen is a founding partner of Rhodium Group. Rosen has twenty-six years of professional experience analyzing China’s economy, commercial sector and external interactions. He is widely recognized for his contributions on the U.S.-China economic relationship. He is affiliated with a number of American think tanks focused on international economics and is an Adjunct Associate Professor at Columbia University. From 2000-2001, Rosen was Senior Adviser for International Economic Policy at the White House National Economic Council and National Security Council. He is a member of the Council on Foreign Relations and board member of the National Committee on U.S.-China Relations. A native of New York City, Rosen graduated with distinction from the graduate School of Foreign Service of Georgetown University (MSFS) and with honors in Asian Studies and Economics from the University of Texas, Austin (BA).