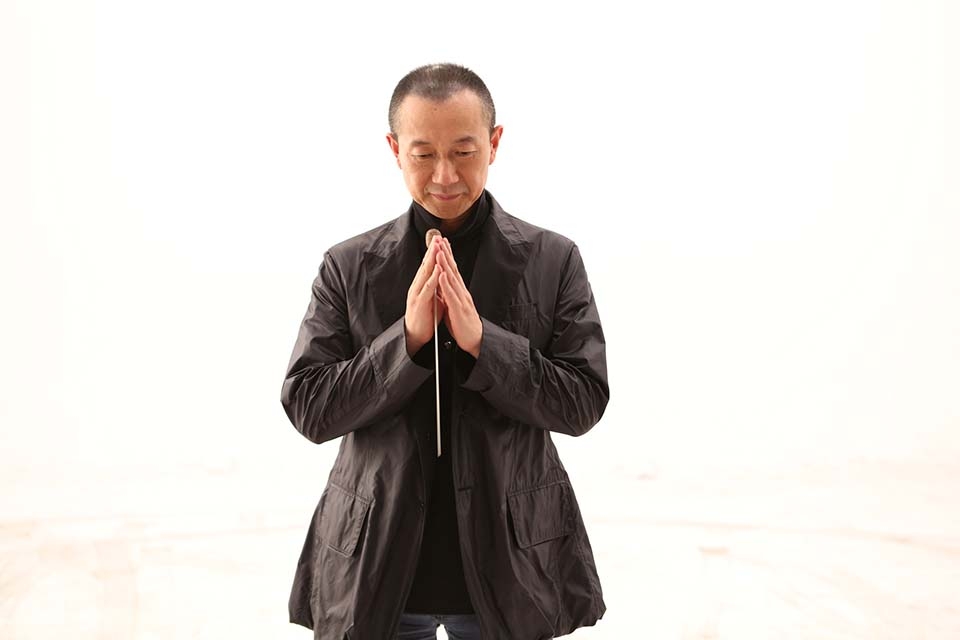 Multifaceted composer and conductor Tan Dun—inspired by the caves in Dunhuang, China and especially the cave temple wall paintings at Mogao, which depict more than forty types of musical instruments—is at work on a new symphonic commission. This afternoon program offers a rare opportunity to hear Tan Dun discuss his creative process as a musician and composer, as well as a musical excerpts featuring demonstrations of his current research.

UNESCO Goodwill Ambassador Tan Dun as made an indelible mark on the world's music scene with a creative repertoire that spans the boundaries of classical music, multimedia performance, and Eastern and Western traditions. He is the recipient of numerous honors including a Grammy Award, an Academy Award, the Grawemeyer Award for classical composition, Musical America's Composer of the Year, the Bach Prize, and the Shostakovich Award. Tan Dun's music has been played throughout the world by leading orchestras, opera houses, international festivals, and on radio and television. As a conductor, Tan Dun has led the world's most esteemed orchestras, including the Philadelphia Orchestra, the Los Angeles Philharmonic, the Metropolitan Opera, the Royal Concertgebouw Orchestra, London Symphony Orchestra, Orchestra dell'Accademia Nazionale di Santa Cecilia, Orchestre National de France and NHK Symphony Orchestra of Japan.

Chenchu Rong, solo percussionist of Shanghai Chinese Orchestra, started playing Western percussion at the age of twelve, and later began simultaneously studying Chinese percussion. After graduating from the Shanghai Conservatory of Music in 2011, she joined the Shanghai National Orchestra. In addition to performing traditional Chinese music and Western classical music, Chenchu Rong performs pop music. Utilizing her deep understanding of music, as well as her fresh insights and unique worldview, she is able to bring new ideas and concepts to her performances and break the traditional patterns of music to explore uncharted musical territories.

Wenqing Shi is dedicated to the research and performance of plucked instruments, especially the pipa and zhongruan. She began her study of the pipa at age six and later polished her talents at Shanghai Conservatory of Music, where she studied under Tie Zhang, and Qiang Wu. She has also worked for Shanghai No. 1 Folk Instrument Factory's pipa research and development project as an instructor, researcher, connoisseur, and performer. Since 2011, Wenqing Shi has been performing actively both in China and abroad. In 2015, she toured five major Taiwanese cities and participated in the China-Korea Friendship Benefit children's concert.

This event was made possible by the generous support of the Dunhuang Foundation.