Asia in America: Celebration of the Arts | Asia Society Skip to main content

Asia in America: Celebration of the Arts

Asia Society is throwing one of the hottest parties of the year to honor Asian American and Asian artists from the worlds of fashion, music, performance, and dance! 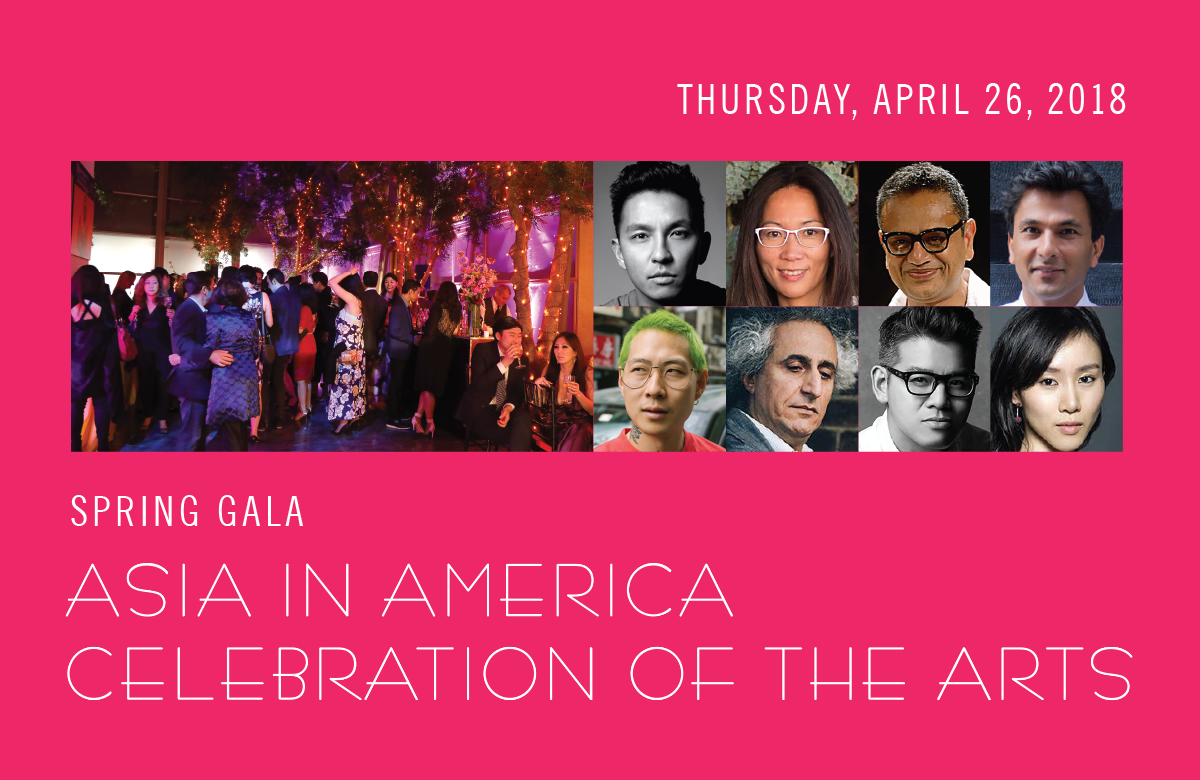 Asia Society is pleased to announce its spring 2018 gala, Asia in America: Celebration of the Arts. This newly launched event recognizes Asian American artists and creatives who have played a transformative role in the arts of the United States. Arts and culture have served as a foundation for Asia Society since its inception, and on this spring evening, arts enthusiasts and supporters will gather at Asia Society to celebrate the achievements of exceptional Asian Americans in this country.

We invite you to join us for a festive evening with these trailblazers in visual arts, fashion, film, performance, music, literature, architecture, and culinary arts. 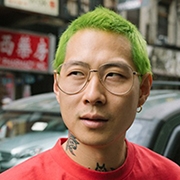 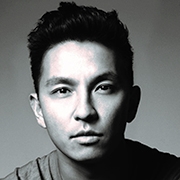 Prabal Gurung was born in Singapore and raised in Kathmandu, Nepal. After graduating from Parsons School of Design, New York, Gurung worked for Cynthia Rowley and was appointed design director at Bill Blass. He launched his eponymous collection in 2009. Gurung’s designs have been worn by former First Lady Michelle Obama and The Duchess of Cambridge. He received the inaugural Creativity Award from the Drawing Center, New York (2015), and the Council of Fashion Designers of America (CFDA) Swarovski Award for Womenswear (2011). His philanthropic work includes a collaboration with TOMS to support Shikshya Foundation Nepal for earthquake relief in 2016. In 2017 he was named global creative director of the jeweler Tasaki. 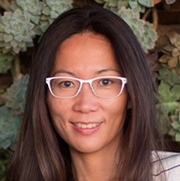 Kikka Hanazawa is the CEO of the award-winning active-wear label VPL, and cofounder of the charitable organization Fashion Girls for Humanity. A recipient of Asia Society’s Game Changer Award in 2014, Fashion Girls for Humanity has organized designer sales internationally with several fashion houses to benefit the victims of the earthquake in Nepal (2015), Typhoon Haiyan in the Philippines (2013), Hurricane Sandy in New York (2012), and the Tohoku earthquake and tsunami in Japan (2011). Hanazawa was named a Forbes Asia Philanthropist (2014). She was born in Tokyo and received her MBA from Harvard Business School and BA from Columbia University. 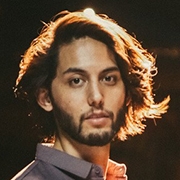 Phil Kaye is a Japanese-American poet. He has performed his original work in more than fifteen countries, and venues including National Public Radio and The Museum of Modern Art, New York. Most recently he opened the 80th birthday celebration for His Holiness the 14th Dalai Lama. A former teacher of weekly poetry workshops in maximum-security prisons, Kaye was the head coordinator of Space in Prisons for the Arts and Creative Expression (SPACE). He is a co-director of Project VOICE, a poetry education organization dedicated to promoting empowerment, literacy, and empathy in classrooms and communities. He is a National Poetry Slam finalist, and a two-time recipient of the National College Poetry Slam (CUPSI) award for “Pushing the Art Forward.” His latest collection of work, Date & Time, will be published in September 2018. 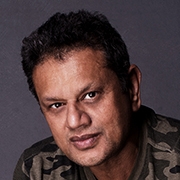 New York fashion designer Naeem Khan began his career as an apprentice to the legendary American designer Halston. He launched his eponymous collection in 2003, which incoporated his family’s knowledge of textiles from designing garments for Indian royal families to create the brand’s unique aesthetics. A bridal collection was added in 2013. His creations have been worn by Beyoncé, former First Lady Michelle Obama, Queen Noor of Jordan, and the Duchess of Cambridge, among others. In 2008, he became a member of the prestigious Council of Fashion Designers of America (CFDA). Today the Mumbai-native’s collections are sold around the world. 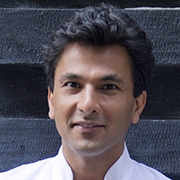 Vikas Khanna is an Indian-born Michelin-starred chef and James Beard Award nominee. He was a judge on MasterChef India, the host of Twist of Taste, and a featured guest on the programs of Gordon Ramsay, Martha Stewart, and Bobby Flay. His documentary series Holy Kitchens and Kitchens of Gratitude have been widely screened at universities and film festivals. In 2015 he was shortlisted by Deutsche Welle as one of the “10 Legendary Chefs Who’ve Revolutionized Our Eating Habits.” Khanna is an award-winning cookbook author, and a champion of social projects such as his “Cook for a Smile” initiative aimed to eliminate child malnutrition in India. 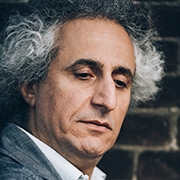 Mohsen Namjoo is a songwriter, singer, music scholar, and musician specializing in the setar (traditional Persian lute). Born in Torbat-e Jam, Iran, Namjoo began his musical training at the age of twelve and studied Persian vocal techniques with great masters. He encountered the musical genres of rock and blues in his youth, which had a lasting impression on his work, in which he blends classical Persian music with poetry, western rock, blues, and jazz to form his distinct voice. Namjoo has performed and released studio albums internationally. The New York Times has called him the “Bob Dylan of Iran,” because his lyrical style captures the experiences of the Iranian youth. 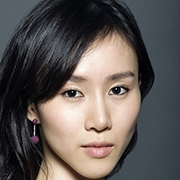 Hee Seo was born in Seoul, South Korea, where she began ballet training at age twelve. Seo was awarded scholarships to train under the tutelage of the late Alla Sizova, and won the Prix de Lausanne (2003) and Young American Grand Prix (2003). Seo joined the American Ballet Theatre Studio Company in 2004, and was promoted to apprentice (2005) and corps de ballet (2006) in the main Company. She has performed in the lead role of numerous classical and contemporary productions in the Company’s repertoire. She was appointed Soloist in 2010 and Principal Dancer in 2012, the first Korean ballerina to have achieved this title in the Company. 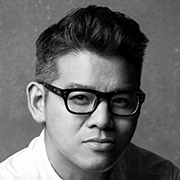 Peter Som is an award-winning fashion designer. The San Francisco-native established his namesake brand and debuted its collection at Bryant Park in 2011. Som has collaborated with companies such as Anthropologie, Bill Blass, Kohl’s, and Tommy Hilfiger. His signature use of intricate, vibrant patterns has won the accolades of industry leaders and critics. His designs have been featured in fashion editorials and are popular among public figures such as former First Lady Michelle Obama and Hollywood actresses. Som holds degrees from Connecticut College and Parsons School of Design. 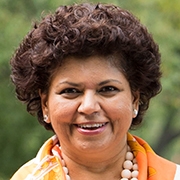 Chandrika Tandon is an Indian-born, Grammy-nominated composer and vocalist, as well as a leader in business and education. In addition to founding a financial advisory firm, she is a member of the Board of the Lincoln Center and the President’s Councils of Berklee School of Music and Yale University. She is the Vice-Chair of the Board of Trustees at New York University and Chair of the Board of the Tandon School of Engineering, and she serves on the Boards of the Stern School of Business and the Langone Medical Center. Musically trained in Hindustani, Carnatic, and western styles, she has released four studio albums, including Shivoham—The Quest (2017), and has performed worldwide. 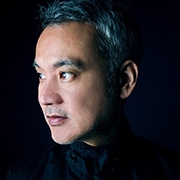 Satoshi Tomiie is a pioneer in global electronic music and a driving force of the house music movement. His debut single Tears, co-produced in 1989 with Frankie Knuckles, was an instant club hit. Tomiie is an accomplished producer whose evolving work includes experimenting with a hybrid Modular DJ setup and combining live analogue modular synthesis with traditional DJ sets. He is considered an underground elite and still regularly plays in clubs around the world. He releases music through various labels, including his own, Abstract Architecture. 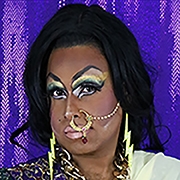 LaWhore Vagistan is everyone’s favorite South Asian “drag auntie,” serving everything from Bollywood to ballads, with a side of samosas. She founded the quarterly “Jai Ho! Queer Bollywood” night in Chicago, and has performed as part of “Explode! Queer Dance” at JACK, New York; “Fatal Love” at the Queens Museum; the Not Festival at University of California, Riverside; “No Tension” at Bronx Academy of Arts and Dance; and OutSider Festival at Salvage Vanguard Theater, Austin, as well as several clubs and college campuses across the United States and in India. She is the alter ego of Kareem Khubchandani, Assistant Professor in the department of Drama & Dance, and the Program in Women’s, Gender, & Sexuality Studies at Tufts University.