After Darkness: Reflecting on Creativity in Times of Conflict | Asia Society Skip to main content

After Darkness: Reflecting on Creativity in Times of Conflict 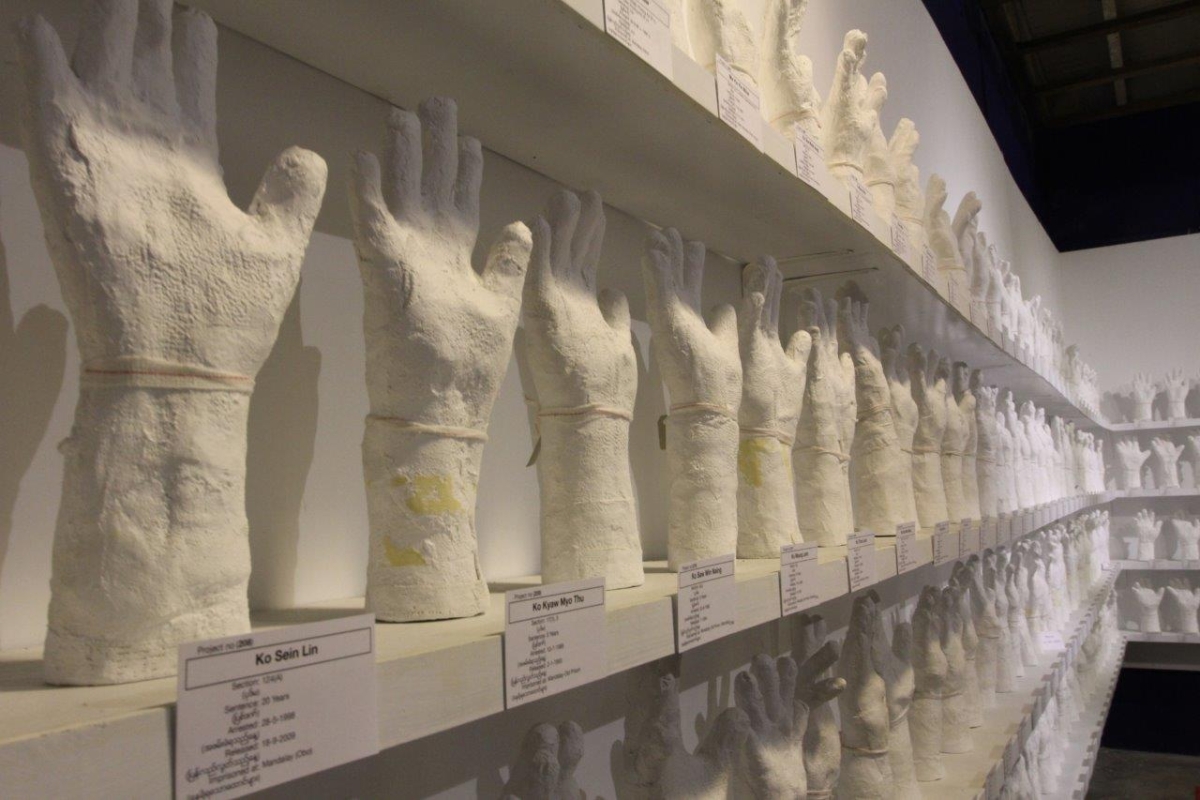 Can’t make it to this program? Tune in Saturday, Sep. 16 at 1:00 p.m. New York time for a free live video webcast. #AsiaSocietyLIVEAsiaSociety.org/Live

Artists FX Harsono and Htein Lin — from Indonesia and Myanmar, respectively — discuss their respective practices and deconstruct the impact that dramatic sociopolitical change had on their creative processes. The conversation will be moderated by Michelle Yun, exhibition cocurator and Senior Curator of Modern and Contemporary Art.

FX Harsono (b. 1948) is a seminal figure in the Indonesian contemporary art scene. His artistic practice has changed over time to reflect shifting social and cultural contexts. Harsono’s artworks examine the plight of minorities and the socially underprivileged in Indonesia and against the backdrop of the country’s history and political development. Harsono studied painting at STSRI (Sekolah Tinggi Seni Rupa Indonesia) “ASRI” (Akademi Seni Rupa Indonesia), Yogyakarta, from 1969 to 1974 and at IKJ (Jakarta Art Institute) from 1987 to 1991. Harsono is an active art critic and regularly writes about social issues and the development of contemporary art. He was awarded the 2014 Prince Claus Award, from the Prince Claus Fund, the Netherlands; the Anugrah Adhikarya Rupa 2014 Award, from the Minister of Tourism and Creative Economy, Indonesia; and the Joseph Balestier Award for the Freedom of Art, from the Embassy of the United States of America and Art Stage in Singapore in 2015.

Htein Lin (b. 1966) is an artist who works in painting, installation, video, and performance, and also is a writer and art critic for a variety of print and online publications. Some of his major artworks draw on his experience as a political prisoner between 1998 and 2004, including 000235 Prison Painting Series, Soap Blocked, and the multimedia installation A Show of Hands, which is currently on view at Asia Society Museum. He also draws upon the changes that Myanmar is experiencing as it reforms and modernizes. Meditating for several hours a day, Htein Lin also finds major inspiration for his work from Buddhism, the themes, stories, and philosophy of which he incorporates in his art. Htein Lin moved back to Myanmar from London in 2013 and has since cocurated the first two “My Yangon My Home” community art festivals.

Michelle Yun is Senior Curator of Modern and Contemporary Art at Asia Society Museum where she oversees the museum’s initiatives in modern and contemporary visual art by Asian and Asian American artists.

As part of the exhibition, we are presenting A Show of Hands, a multimedia installation by Htein Lin. The artist has invited three past political prisoners based in New York City to have their hands cast by him in our visitor center as part of this ongoing project on Saturday, September 16 from 11:30 p.m.  to 12:30 p.m. Please join us to listen to the testimonies of their experiences as political prisoners as the artist engages them in conversation while casting their hands.

In conjunction with the exhibition After Darkness: Southeast Asian Art in the Wake of History, on view through January 21, 2018.