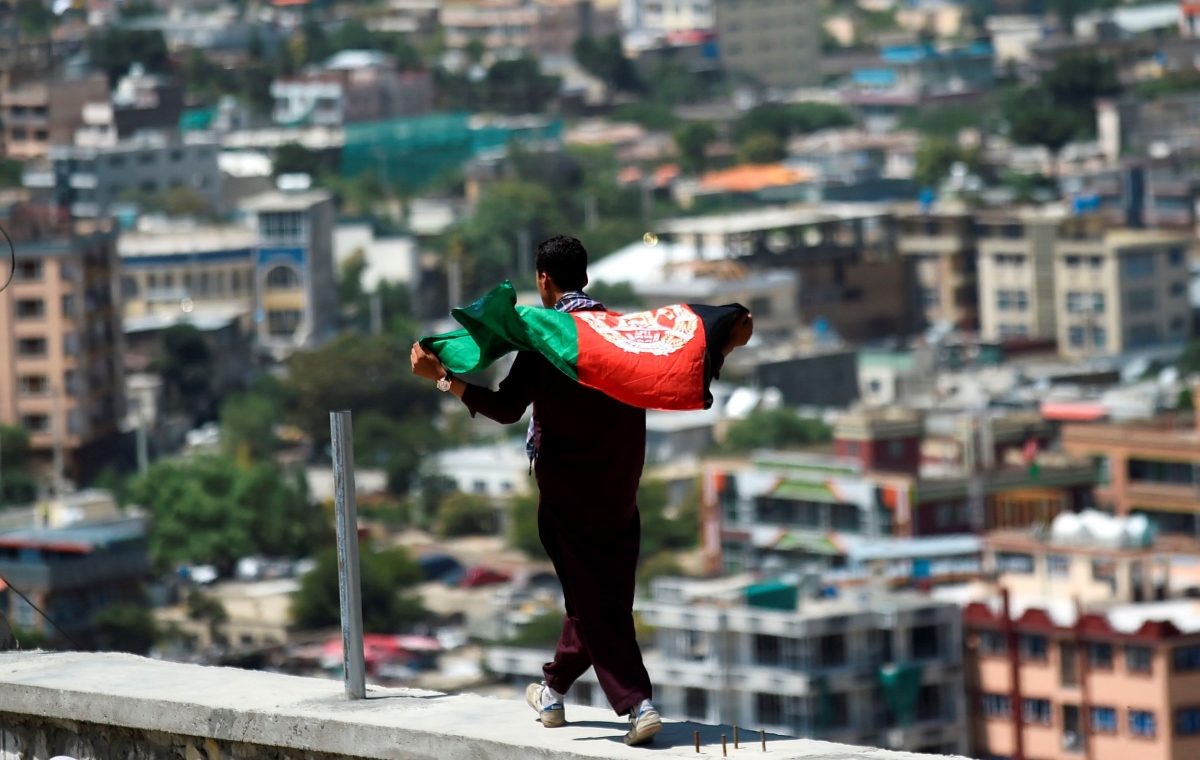 Man with Afghan flag on the 100th anniversary of the country's Independence Day in Kabul (WAKIL KOHSAR/AFP/Getty Images).

Can’t make it to this program? Tune in Wednesday, November 13, at 8:30 a.m. New York time for a free live video webcast. #AsiaSocietyLIVEAsiaSociety.org/Live

Get the insights you need on key trends in Asia at this series of monthly breakfast briefings featuring business and policy insiders and thought leaders. The conversations are moderated by Asia Society Executive Vice President Tom Nagorski.

Following a crucial presidential election in Afghanistan, join us for a wide-ranging conversation with H.E. Adela Raz, Ambassador and Permanent Representative of Afghanistan to the UN.

H.E. Adela Raz is Ambassador and Permanent Representative of Afghanistan to the United Nations. She previously served as the Deputy Foreign Minister for Economic Cooperation, Chief of Staff at the Administrative Office of the President, and Deputy Spokesperson and Director of Communications for the President. Prior to her career in government, she worked with an international development organization in the United States, with projects focused on Afghanistan and Central Asia.

Click for directions
Members $20; Students/Seniors $30; Nonmembers $40
20191113T083000 20191113T093000 America/New_York Asia Society: Afghanistan in Focus With Ambassador Adela Raz [POSTPONED] Join us for a conversation with H.E. Adela Raz, Ambassador and Permanent Representative of Afghanistan to the UN, for a wide-ranging conversation on Afghanistan following a crucial presidential election.