Abacus: Small Enough to Jail tells the incredible saga of the Chinese immigrant Sung family, owners of Abacus Federal Savings of Chinatown, New York. Accused of mortgage fraud by Manhattan District Attorney Cyrus R. Vance, Jr., Abacus became the only U.S. bank to face criminal charges in the wake of the 2008 financial crisis. The indictment and subsequent trial forced the Sung family to defend themselves — and their bank’s legacy in the Chinatown community — over the course of a five-year legal battle.

The documentary asks fundamental questions about what the purpose of a bank should be in a community — especially an immigrant community — and whether the prosecution of this small financial institution may have much larger implications for the role of banks in our society.

Join us for a reception and special screening followed by a discussion with director and producer Steve James and the Sung family, moderated by Asia Society Executive Vice President Tom Nagorski.

Steve James is an award-winning documentary film producer and director. His films include Hoop Dreams, The Interrupters, and Life Itself, among others.

Thomas Sung is a lawyer and real-estate investor. He is the founder of Abacus Federal Savings Bank in New York.

Tom Nagorski (moderator) is Executive Vice President of the Asia Society. He joined Asia Society following a three-decade career in journalism — having served most recently as Managing Editor for International Coverage at ABC News. 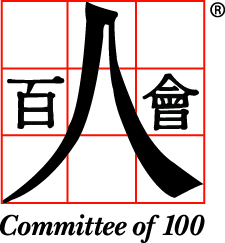