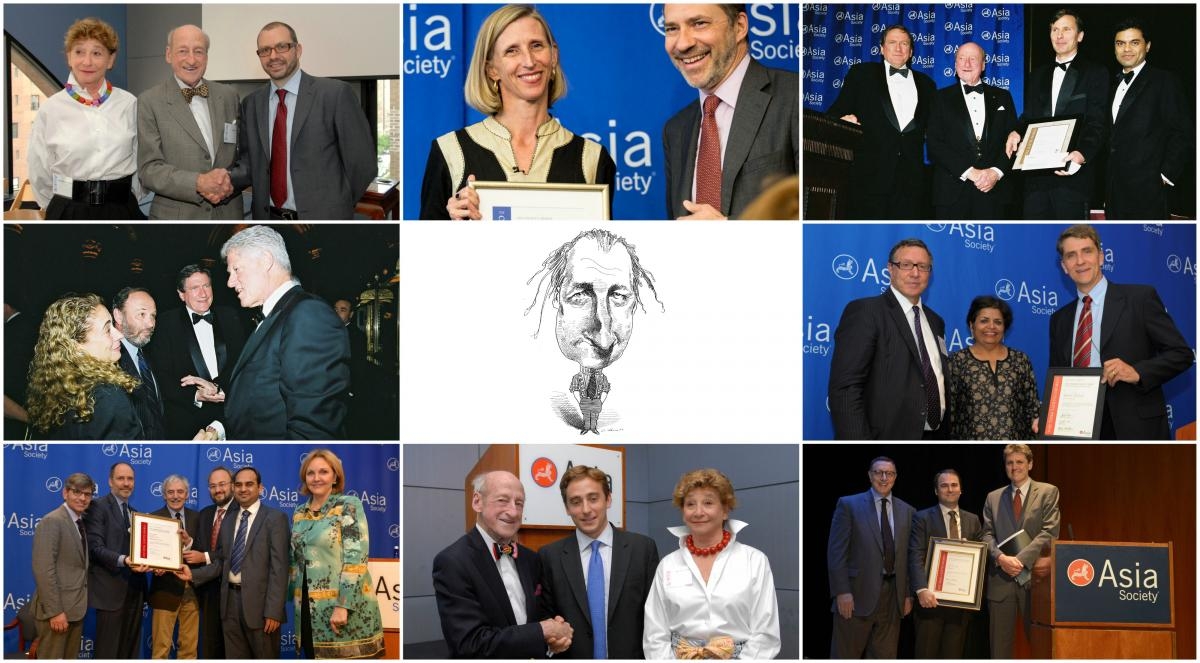 Can’t make it to this program? Tune in Tuesday, May 21, at 12:30 p.m. New York time for a free live video webcast of the conversation. #AsiaSocietyLIVEAsiaSociety.org/Live

Now in its sixteenth year, Asia Society’s "Oz Prize" is the premier honor bestowed for excellence in journalism on Asia. It honors the late Osborn Elliott, the legendary journalist and longtime Newsweek editor, who set new standards for reporting and editing and became one of the earliest practitioners of "civic journalism."

Join us to honor the 2019 winner, a team at Associated Press for its series “China Clamps Down,” exploring how China’s ruling Community Party is asserting itself over its population in the Xinjiang region of Western China, and implications for religious liberty, privacy, and minorities. Yanan Wang, one of the lead writers on the series and Marjorie Miller, Director of Global News and Enterprise at Associated Press, will discuss the reporting and current media landscape with The New York Times' diplomatic and international correspondent Edward Wong. Jury Chair Marcus Brauchli,  Managing Partner at North Base Media and former executive editor of The Washington Post, will present the award.

For more information on the prize and previous winners go to: AsiaSociety.org/ozprize

Yanan Wang is a Beijing-based correspondent for The Associated Press. She has reported in China since 2017, covering everything from religious repression, to internet subcultures, to facial recognition-equipped toilet paper dispensers. A fluent Mandarin speaker, Yanan grew up in Toronto.

Marjorie Miller is Vice President and Global Enterprise Editor for The Associated Press in New York. Previously, she was AP’s Regional Editor for Latin America and the Caribbean. Prior to joining the AP, she was the Los Angeles Times Foreign Editor, an international affairs editorial writer, and a Times correspondent in London, Jerusalem, Bonn, Mexico City and San Salvador. She is a member of the Council on Foreign Relations and is on the board of the Craig Newmark Graduate School of Journalism at CUNY Foundation.

Marcus Brauchli is the Jury Chair for the Osborn Elliott Prize for Excellence in Journalism on Asia. He serves as Managing Partner at North Base Media, and as Advisor to Graham Holdings Co. His career in journalism has included stints as executive editor of The Washington Post, and as the top editor at The Wall Street Journal, where he spent fifteen years as a correspondent and bureau chief in Asia and Europe.

Edward Wong (moderator) is Diplomatic Correspondent for The New York Times where he reports on foreign policy from Washington. He has spent most of his  career abroad, reporting for 13 years from China and Iraq for The Times. As Beijing bureau chief, he ran The Times’ largest overseas operation. Mr. Wong has appeared in documentary films by Laura Poitras and Vanessa Hope and produced his own short film on China. He has spoken on PBS NewsHour, NPR, BBC, CBC and ARTE. He has given talks at American universities on journalism, war and foreign policy.