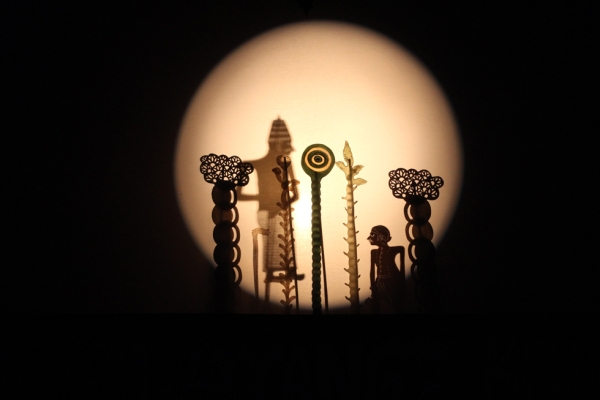 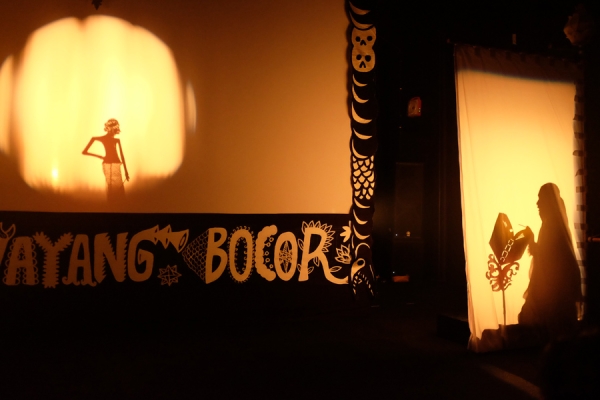 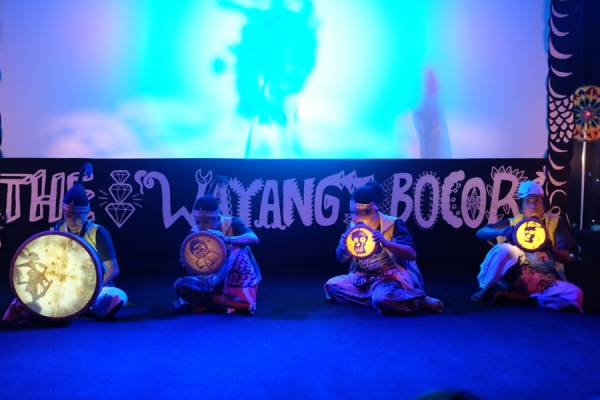 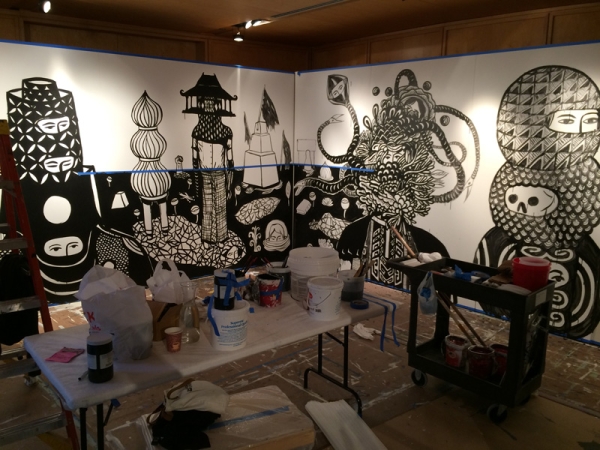 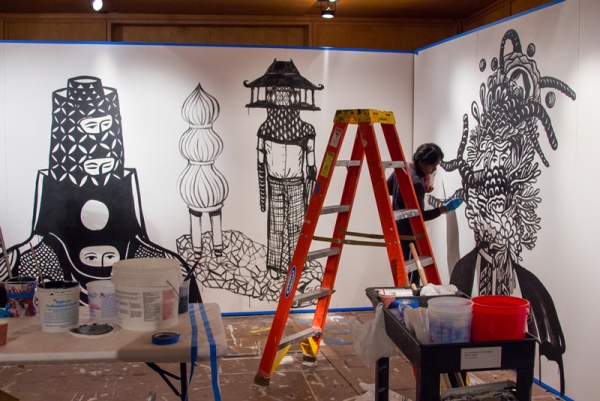 Asia Society is pleased to present an exhibition of three video works by Indonesian artist Eko Nugroho (b. 1977, Yogyakarta), on view through April 16, 2017, and the world premiere of Nugroho’s commissioned performance God Bliss (In the Name of Semelah) on January 12–14.

In conjunction with the exhibition and performance, Asia Society Museum has commissioned Nugroho to create a new site-specific mural on the walls of the Visitor Center in the Asia Society lobby. On completion, On Site: Eko Nugroho will be on view through Spring 2017.
Nugroho’s multidisciplinary practice uses humor and irony to address social issues and changes within the rapidly urbanizing society of his native Indonesia, including risks associated with religious fanaticism, misogyny, and the breaking of traditional taboos by the younger generation. He works in many mediums including drawing, painting, sculpture, video, performance, and street art.

Eko Nugroho grew up in Java and resides in one of the island’s major art centers, Yogyakarta. He is one of the most acclaimed members of the young generation of Indonesian contemporary artists, often referred to as the 2000 Generation, that came to maturity during the period of Reformasi (reformation) in the 1990s. This tumultuous time of socioeconomic and political uncertainty within Indonesia included the 1997 Asian financial crisis, the subsequent fall of the Suharto regime in 1998, and the transition to democracy. Like other artists of the 2000 Generation, he is deeply engaged with the culture of his time and his work is infused with socio-political commentary, local traditions, and popular culture.

God Bliss (In the Name of Semelah) was commissioned by Asia Society as part of Asia Society's ongoing initiative Creative Voices of Muslim Asia, supported by the Doris Duke Foundation for Islamic Art. With additional support from Carolina Performing Arts at the University of North Carolina at Chapel Hill. Presented as part of The Public Theater’s Under the Radar Festival.