The Trump administration's just-imposed tariffs on steel and aluminum have caused trade experts to brace for difficulty in U.S.-China economic relations — and possibly even a trade war between the two. But they're not the only countries that stand to lose. In an address at Asia Society New York, Australia’s Minister of Foreign Affairs Julie Bishop warned that worsening tariff disputes on steel and aluminum would have detrimental consequences for the whole world.

“For the past 70 years, the United States has been the most critically important supporter of openness and the rules-based system on international trade," she said on Wednesday at Asia Society. "If the current dispute widens, and action leads to counteraction, we might see a downward spiral that could put at risk the open trading environment and that would harm us all."

Later, during a conversation with Asia Society Policy Institute President and former Prime Minister of Australia Kevin Rudd, Bishop said that she had “no expectation” that Australia is exempt from the Trump administration’s new tariffs, which she said would likely provoke a retaliation from other trading partners or fuel a shift in the global trade environment toward protectionism. To avoid this, Bishop said that governments should rely on global institutions that have been put in place to mediate.

"We, of course, understand the concern for fairness in global trade, but the best response to unfair competition is to use the global enforcement that is available, in particular, the dispute settlement processes of the WTO."

Watch the minister’s full address and conversation with Kevin Rudd in the video below. 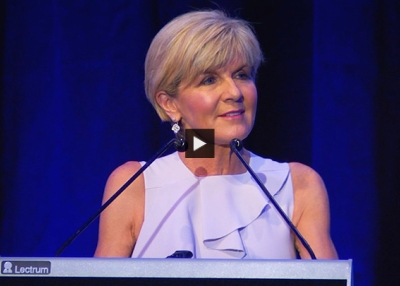 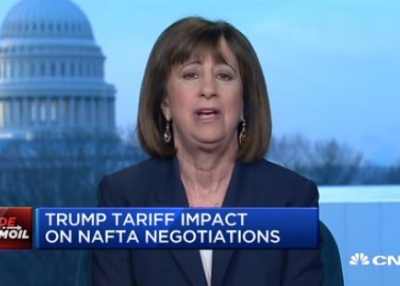 Wendy Cutler describes the implications of the Trump administration's proposed tariffs on steel and aluminum on the United States' economic and strategic partnerships. 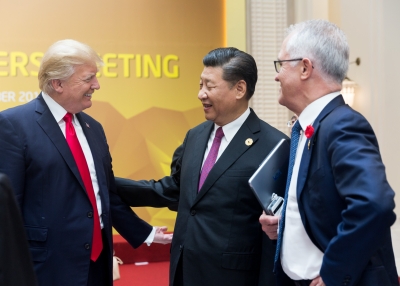