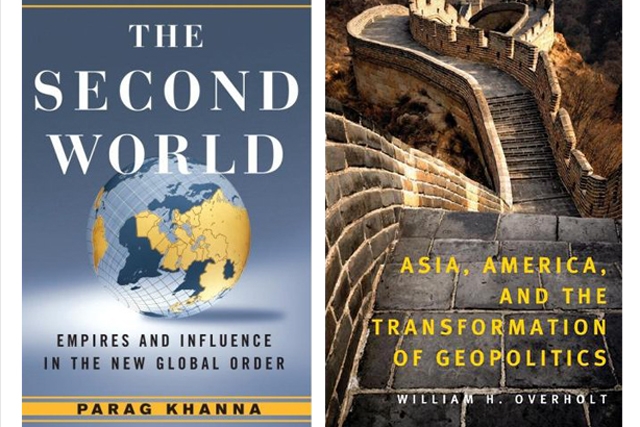 NEW YORK, April 30, 2008 - The growing influence of China, India, and other Asian nations raises a number of questions regarding the United States' role in an ever-changing geopolitical environment. The Asia Society hosted Parag Khanna, author of The Second World: Empires and Influence in the New Global Order, and William H. Overholt, author of Asia, America, and the Transformation of Geopolitics to discuss whether Asia's increased sphere of influence was coming at the expense of America's. The program was moderated by Robert Lane Greene, international correspondent for The Economist.

Citing Asia's current rise, Overholt argued that it was only after nations relinquished the traditional concept of empire that they started to develop as economic powers. By focusing on domestic issues, he continued, Asian countries ensured the growth of their own economies, though this sometimes came at the loss of geopolitical influence. Khanna added that fears of Chinese "colonialism" are misplaced, as globalization and its accompanying transparency will prevent any repeat of 19th century-style colonialism in Africa or elsewhere.

An audience member asked what might inhibit China's further progress, despite its consistent rise as a world power and economy. Both panelists concurred that China's environmental problems, which are unprecedented amongst any nation in the world today, remain enormous obstacles to its continued growth. However, the Chinese government's willingness to challenge this hindrance was encouraging, and according to Overholt, the country's continued rapid economic growth will almost certainly enable the necessary technological solutions. In contrast, Khanna argued that India lacks a clear vision for combating many of its problems, and faces enormous structural impediments to its development.