Feed your soul and body with these film and food recommendations 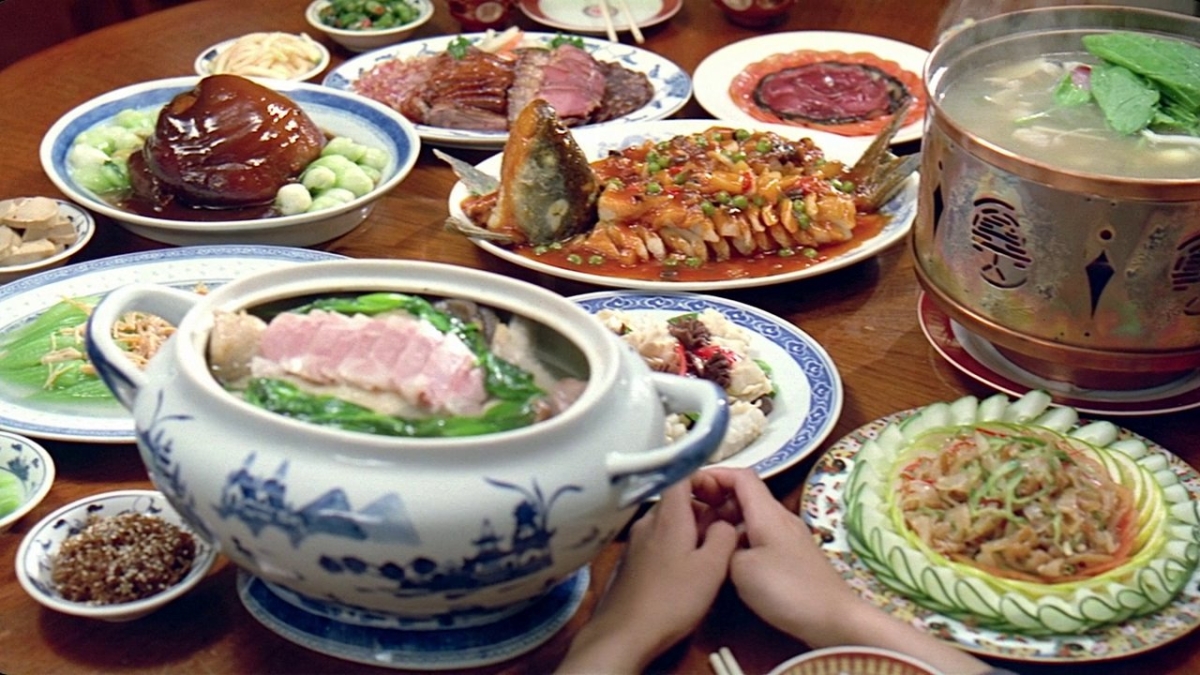 This edition of suggestions for what to watch comes from Vice President of Global Artistic Programs and Asia Society Museum Director Boon Hui Tan. It's focused on comfort food as depicted in Asian cinema. Along with his film recommendations, we've included some of our favorite recipes and a new food-centered podcast to listen to while you cook. Enjoy!

One of my most cherished memories is of sitting on my doorstep gobbling down a steaming bowl of rice topped with a sunny-side up egg and drenched in dark soy sauce. Long before I had even heard of Michelin stars and celebrity chefs, this simple dish never failed to bring a smile to my face, especially during times of stress, like examination periods!

Food brings us comfort, and films about food can soothe our souls and remind us of the joys of family, friends, and culture. So let's take a break from all the doom and disaster to spend a little time with some of my favorite films about food:

Full of mouthwatering close-ups of Chinese dishes, this early masterpiece by Ang Lee is an affectionate comedy exploring the push and pull between tradition and modernity through the tangled lives of a master chef and his three unmarried daughters. Sunday dinner becomes everything from a family forum to a torture chamber in this film.

Juzo Itami's comedic masterpiece celebrates the relationship between food and sex in Japanese culture. Its funny and loving narrative tells how the widow Tampopo triumphs over adversity to become a great ramen chef. The film is full of touching emotional moments – in particular a subplot about a housewife who rises from her deathbed to cook a final meal for her family.

The Mistress of Spices. 2005. Dir. by Paul Mayeda Berges

This visually gorgeous film by Paul Mayeda Berges is based upon the novel of the same name by Chitra Banerjee Divakaruni. The film stars Indian screen goddess Aishwarya Rai as a clairvoyant purveyor of spices that can fulfill your desires. Anyone need “sandalwood that can dispel painful memories”? A total guilty pleasure worth indulging in just for the endless lovingly composed shots of Aishwarya Rai. Enough said.

One of the most defining slapstick comedies to come out of Hong Kong, actor-director Stephen Chow is an endearing rascal in this tale of redemption. Chow brilliantly executes his signature brand of intense physical comedy as a morally corrupt and pompous God of Cookery who is humbled by the sudden loss of his title and sets about regaining his crown. The hilarious final duel between Chow and his competitor is full of cheeky references to kung fu classics such as Legend of the Condor Heroes and Heaven Sword and Dragon Saber.

Based upon a popular manga, this episodic narrative sees strangers and acquaintances bonding over their shared love for a dish, from ramen to fish sausage corn dogs, all served after midnight by the master of an otherwise mundane diner. Perfect for those who like variety and a shorter story to savor over a few nights.

Hungry yet? Why not cook up an actual feast to go along with these cinematic banquets. Eric Kim is a senior editor at Food52 and the author of the dining column Table for One. Here are some of our favorite recipes (and essays) from his archive:

Find the entire Table for One archive here.

Need something to listen to while you're cooking up a storm? Since you're already subscribed to Asia Society's podcasts, check out Home Cooking from Samin Nosrat (Salt, Fat, Acid, Heat) and Hrishikesh Hriway (Song Exploder, The West Wing Weekly). A new podcast about what to cook during a quarantine, it'll keep you company through long simmering sauces and slowly rising bread dough.

We'll be back soon with more suggestions! In the meantime, let us know what your culture recommendations are on Twitter, Instagram, and Facebook. Read our previous installments here.