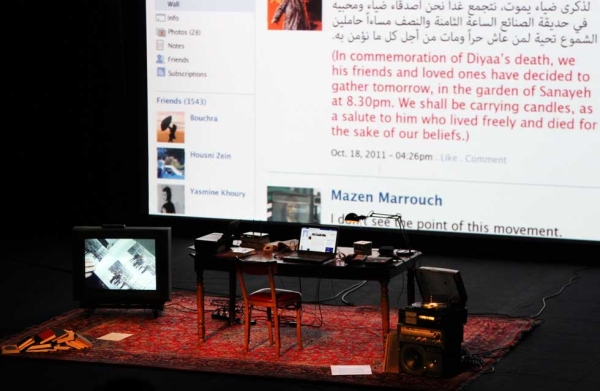 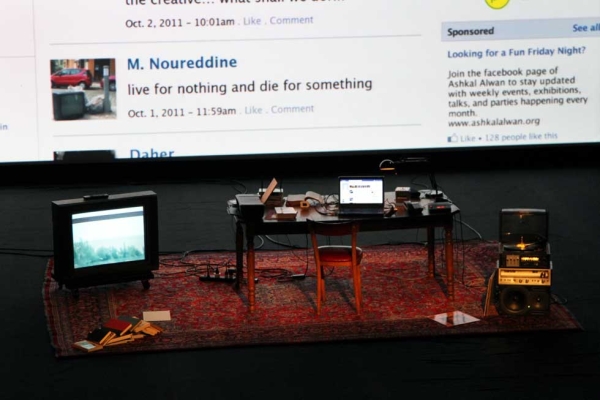 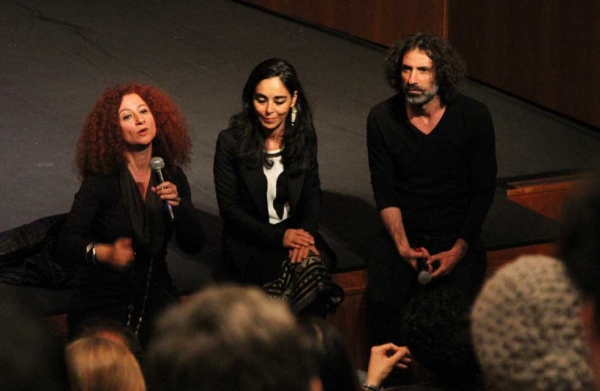 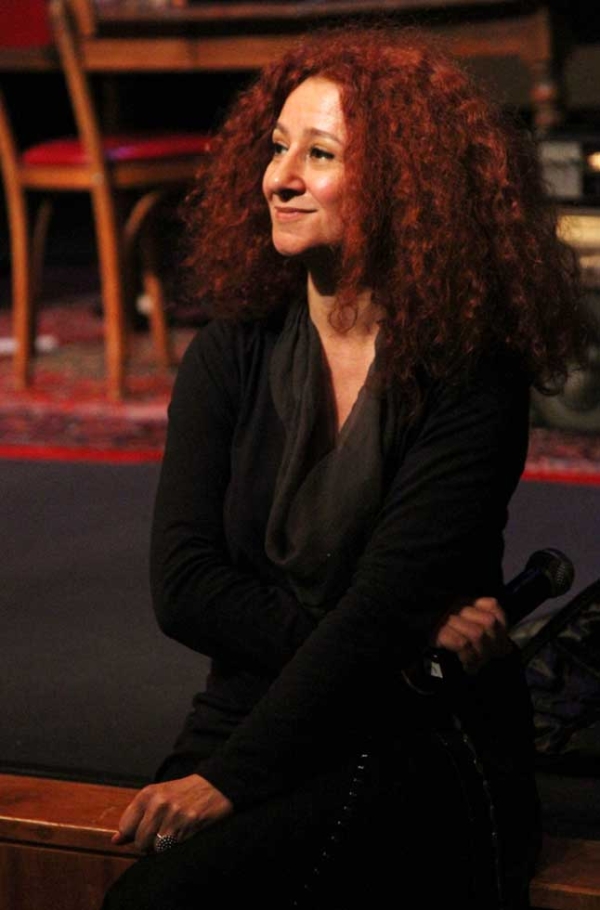 NEW YORK, April 29-30, 2014 — Asia Society presented three performances of Rabih Mroué and Lina Saneh's multimedia stage work 33 rpm and a few seconds, which documents the final moments of a young Lebanese man, a political activist, who takes his own life and declares in a farewell letter that his reasons are personal and have nothing to do with politics.

No performers appear onstage during the work. The young man is dead but a variety of electronic devices — the TV, the answering machine, the computer — live on, vibrating and communicating in his bedroom. As Hrag Vartanian wrote in his Hyperallergic review, "The primary storytelling device is the dead activist’s Facebook page, which is projected onto a large screen and fills up with messages from friends and colleagues shocked and angered by the news."

After the first staging on April 29, artist Shirin Neshat joined Mroué and Saneh for a Q & A session. Excerpts from their conversation appear in the video below.

Video: Excerpts from the play and the artists' Q&A with Shirin Neshat (10 min, 30 sec.)