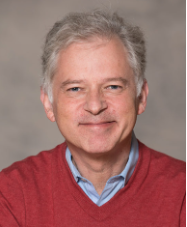 Mr. Le Corre is currently a senior advisor on Geopolitics to Asia Society France. He is also a visiting professor at ESSEC Business School, a lecturer at the French Military Academy of Saint-Cyr Coëtquidan, and affiliated with the French Institute for East Asia (IFRAE-Inalco). Since 2017, he has been a research fellow at the Harvard Kennedy School focusing on China-Europe relations, Chinese overseas investment and transatlantic relations. He is a former fellow with the Brookings Institution and the Carnegie Endowment for International Peace.  Philippe previously served as Special Advisor to the French defense minister and also worked as a journalist in East Asia for many years. He is the author of several books, including China’s Offensive in Europe (Brookings Press, 2016), Quand la Chine va au marché and Après Hong Kong. He is a contributor to The China Questions 2 (Harvard University Press, 2022) and to various other edited volumes. More about Mr. Le Corre can be found here.

“Philippe’s lengthy experience as a China-watcher—as a journalist, government policy advisor, and researcher—deepens our bench on foreign policy and security issues," said CCA Executive Director Bates Gill. “He joins us at a particularly interesting time in China-Europe relations and we look forward to working with him and with other colleagues at Asia Society France to explore and assess these important developments and their impact on trans-Atlantic relations.”

The Asia Society Policy Institute’s Center for China Analysis serves as a leading global center for policy-relevant, objective analysis of China’s politics, economy and society, and its impact in Asia and around the world. Find out more about the CCA here.

Members of the press, content creators, and others with a focus on Asia and China interested in connecting with Mr. Le Corre can reach out to pr@asiasociety.org.