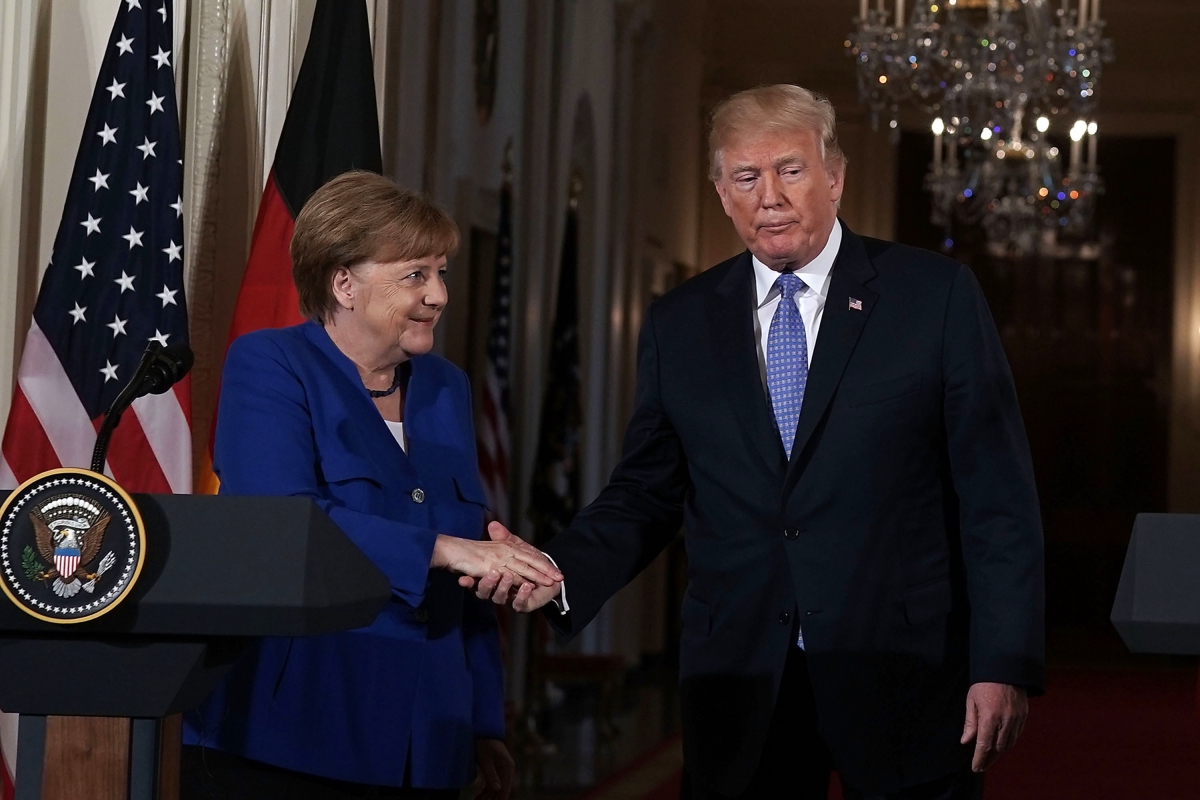 NEW YORK, June 29 2020 — Asia Society’s Center on U.S.-China Relations today released a report that examines extensively the changing U.S. and European views of, and relations with, China and subsequently recommends a series of actions towards formulating joint policies in dealing with China amid an unprecedented geopolitical crisis between the world’s major powers.

The report — titled Dealing with the Dragon: China as a Transatlantic Challenge — is highly timely as it comes on the heels of a fresh proposal announced by the United States and European Union to create a new U.S.-EU dialogue on China. It is a joint publication by the Center on U.S.-China Relations, the Bertelsmann Stiftung, and the George Washington University China Policy Program.

The document is a result of a symposium that brought together 43 top China experts from both the U.S. and Europe, and it delves into seven major areas: 1) trade & investment concerns; 2) the China technology challenge; 3) dealing with the Belt & Road; 4) human rights in China; 5) China’s influence activities; 6) China and global governance; and 7) challenges in the security arena.

It identifies several overarching trends of how the U.S. and European relations with China are converging. China’s current party-state is a very different one than the one both the U.S. and Europe sought to work with in partnership over the past four decades, says the report. China, it says, has become increasingly assertive through an aggressive “Wolf Warrior” diplomacy, a mercantilist trade behavior, and an intensifying domestic social repression.

"Seventy-five years ago, a liberal world order was created giving greater freedom, less poverty, and more justice to many people in the world. Today, this order is challenged by the People's Republic of China, the nations standing by the values supporting it need to actively develop it further,” said former Germany’s Ambassador to China Volker Stanzel, who is one of the authors.

The report says that engagement can no longer be the only paradigm in framing policies towards China. Now that the U.S. and Europe strategically see China as both a competitor and a rival, it says, the balance between cooperation and competition has shifted starkly in favor of the latter.

The paper also calls for stronger exchanges between Europe and the U.S. on the issue of China. It says it is of paramount importance that transatlantic dialogues on China be more regular and better structured at all levels — Track 2 (meeting of experts), Track 1.5 (mixed official/unofficial), and Track 1 (government to government).

“As the dimensions of China’s global challenge continue to grow, it is critical that liberal democratic countries with open market economies come together in a more coordinated way to present a unified stand in support of both our political and economic systems,” said Orville Schell, who heads Asia Society’s Center on U.S.-China Relations.

The report also notes an eroding transatlantic trust because of the current U.S. administration’s approach towards its European allies and partners. Europeans, it says, are concerned about a lack of stability and dependability from the U.S. under President Donald Trump when facing China and other global challenges.

"A strong, unified European China policy would be a huge step towards establishing the EU as a serious foreign policy actor. And the more unified the European position, the better the chances for reinvigorating the transatlantic partnership,” added Bernhard Bartsch, the Senior Expert at Bertelsmann Stiftung.

Rana Mitter; Professor of the History of Modern China & Director of the China Center, University of Oxford