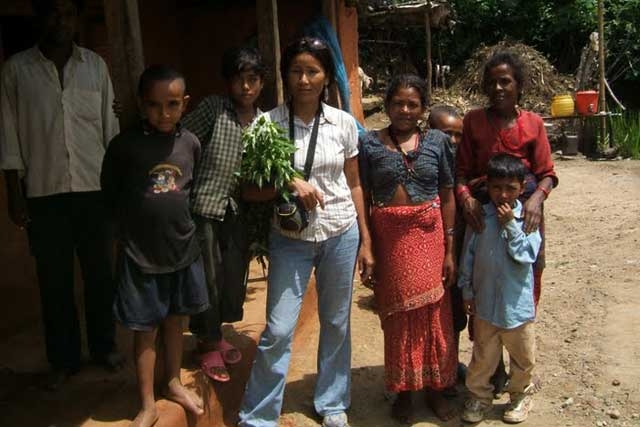 November 22, 2009 - Prisoners Assistance Nepal (PA Nepal), an NGO based in Kathmandu that conducts prison welfare work, bested 20 other NGOs from across the Asia-Pacific region to win the 2009 Asia Society-Bank of America Merrill Lynch Asia 21 Young Leaders Public Service Award (Asia 21 PSA).  The organization, represented by its founder, Indira Ranamagar, at the Asia 21 Young Leaders Summit  held in Kuala Lumpur, Malaysia from November 20-22, 2009, received a cash prize of US$10,000.

Founded in 2000 by Ms. Ranamagar, herself an Asia 21 young leader, PA Nepal provides a home for children who would otherwise be in jail with a convicted parent, and further allows them the opportunity to attend school.  It continues to rescue children from prisons around the country and currently supports more than 300 youth across Nepal, ranging in age from 18 months to 18 years.

Ranamager recalls how she had to overcome extreme poverty and gender discrimination in order to obtain an education, eventually becoming a schoolteacher and providing literacy classes for women in her village.  In the early 1990s, she met renowned Nepali writer and human rights activist Bishnu Kumari Waiba, also known as Parizat, and began working with her in the country’s jails.  “It was then that I saw the work that needed to be done,” Ranamagar says.   “It has meant that I have been able to work with the most vulnerable and the most desperate and I have been able to give them hope and assistance."

The Asia 21 PSA, now on its fourth year, recognizes an organization that has made an outstanding contribution in reaching underprivileged social/economic groups by providing a meaningful service to a community and the public in the region.  The selection is overseen by the incumbent Asia 21 Fellowship Class, a core group of young leaders from across the Asia-Pacific, soliciting nominations for the Award and narrowing down the pool to five finalists based on project innovation and feasibility, quantifiable impact, sustainability and growth potential.

Aside from receiving a financial grant, generously provided by Bank of America Merrill Lynch, PA Nepal also gains access to the network of resources and expertise of the Asia 21 Fellowship Class.  This may include mentoring in such areas as Strategic Planning, Capacity Building and Training, Resource Mobilization, Program Development and Management, and Legal Services.