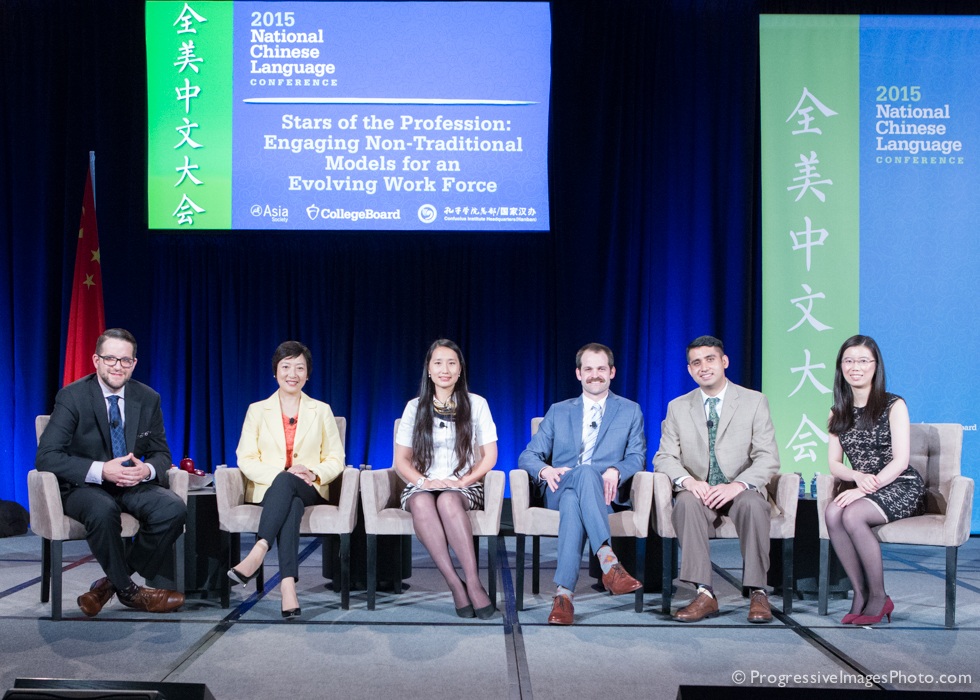 Panelists of Plenary IV, Stars of the Profession: Engaging Nontraditional Models for an Evolving Workforce, shared their teaching experiences.

As the 2015 National Chinese Language Conference entered its final day Saturday, speakers focused on the need to be innovative in getting through to students.

At the last plenary session, a group of accomplished instructors described different methods they’ve found effective in inspiring passion for the complicated language. Chris Stellato, president of The Columbus School of Chinese, recalled teaching some young students who just weren’t interested in learning. So he went through a list of different study paths that might hook them. “One kid really got into Chinese rap,” Stellato said. “All-of-a-sudden he was excited for class and he was learning outside of the classroom. When you find the students’ motivation, what gets them going, it can really be a game-changer.” Daniel Stolkowski, a teacher at Charlottesville High School in Virginia, agreed. “When you let students have their own space, they can really go for it,” he said. “They really do a lot when they have ownership over their activities.”

At one of the breakout sessions, high school teacher Lillian Dang explained how new technology like iPads are becoming an important tool in the classroom. A number of apps designed especially for Mandarin study make learning more efficient, collaborative, and most importantly, enjoyable. “If I used the traditional method [of teaching], they’d be bored,” Dang said. “This is a way to get engagement.” In a video she showed, one of her students reiterated the value of technological learning. “It’s really fun,” he said. “You can compare with other people in the class and help each other. The fun factor is really important.”

As the conference was winding down, Shu-Yu Hsu, a teacher at Oxford Community Schools in Michigan and a first time attendee at NCLC, reflected on the past few days. “I learned many things I can use in my classroom – especially with technology,” she said. “It was very encouraging, because I got to know some teachers doing the same thing as me. There’s a lot to learn. I’m looking forward to Chicago in 2016!” 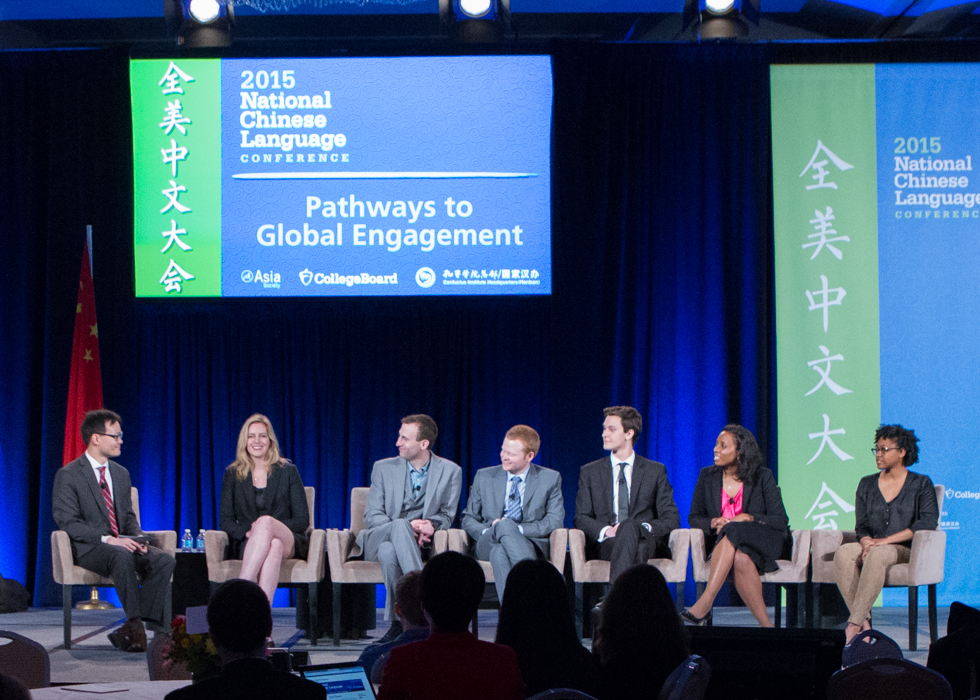 Panelists of Plenary II, Pathways to Global Engagement, engaged in a dialogue.

From middle-school students to successful entrepreneurs, Chinese learning is helping people look at the world differently and leave an international footprint. That was the takeaway from day two of the 2015 National Chinese Language Conference.

The day’s first session featured young professionals whose career paths have been enabled by Chinese study. One panelist, Jeff Kellogg, invoked Mark Twain’s belief that travel is “fatal to bigotry, prejudice, and narrow-mindedness” as one reason he decided to co-found a travel agency bringing Chinese to the U.S. West Coast. He cited this as his source of motivation for fighting through the many frustrations that come with learning Mandarin. “Most people don’t understand just how similar we really are, regardless of what’s on the surface,” he said. “That’s why I think I was able to get my language to where it’s at, to let Chinese see that Americans are just like them.”

At one of the many breakout sessions, young students from a full immersion program in Minnesota shared equally idealistic ambitions. “Knowing Chinese, I can start a clinic in China,” said a seventh grader who aspires to be a doctor. “I can make many friends in China and the U.S., and maybe make a partnership.”

At the second plenary session, the presidents of universities in both China and the U.S. said this is exactly what educators should be striving for in providing their students with global education, engagement, and exchange. Moderator James Montoya, vice president of Higher Education and International at the College Board, cited the 25,000 American university students now studying in China and the more than 110,000 Chinese students in U.S. universities. “What pleases me to no end is the important relationships that are being developed at such young ages,” he said.

Huilin Yang, former vice president of Renmin University in Beijing, emphasized how school administrators shouldn’t be passive, but should do all in their power to provide their students with the environment to make these connections. “Many issues people face today are global issues,” he said. “As educators, we have a very serious responsibility to educate students about the world.” 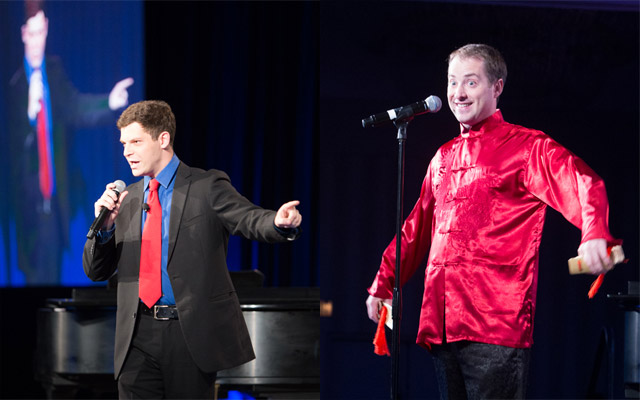 Performers at the 2015 National Chinese Language Conference in Atlanta.

The 2015 National Chinese Language Conference in Atlanta kicked off Thursday with speeches and performances that showed off the fruits of American and Chinese cultural exchanges.

Carter Center China Program Director Yawei Liu began by reading a note from former President Jimmy Carter thanking the College Board and Asia Society for education programs that help Chinese and American students better understand the world and become productive citizens. “These efforts are particularly significant to me, as it was Deng Xiaoping and I who opened the door for our countries’ students to learn about one another’s culture,” Carter’s letter read.

Asia Society Executive Vice President Tom Nagorski invoked the mission John D. Rockefeller III founded Asia Society on in 1956, saying, “To build bridges of understanding and knowledge between the U.S. and Asia, [Rockefeller] insisted that it not be just a matter of policy. You need to know culture and the language.”

After remarks by President and CEO of the College Board David Coleman and Chief Executive Xu Lin of Confucius Institute Headquarters (hanban), American high school students who’ve benefited from Chinese language programs flexed their Mandarin muscles through traditional Chinese song, instrumental, and calligraphy performances. Comedians Jesse Appell and Nicholas Angiers took the cultural-linguistic exchange in the opposite direction by performing a Chinese xiangsheng (crosstalk) routine in English. The evening was capped with a live-performance of Appell’s PSY parody “Laowai Style” that went viral and brought him nationwide fame in China.