Asia Society at the Movies: Swimming Out Till the Sea Turns Blue | Asia Society Skip to main content

Asia Society at the Movies: Swimming Out Till the Sea Turns Blue 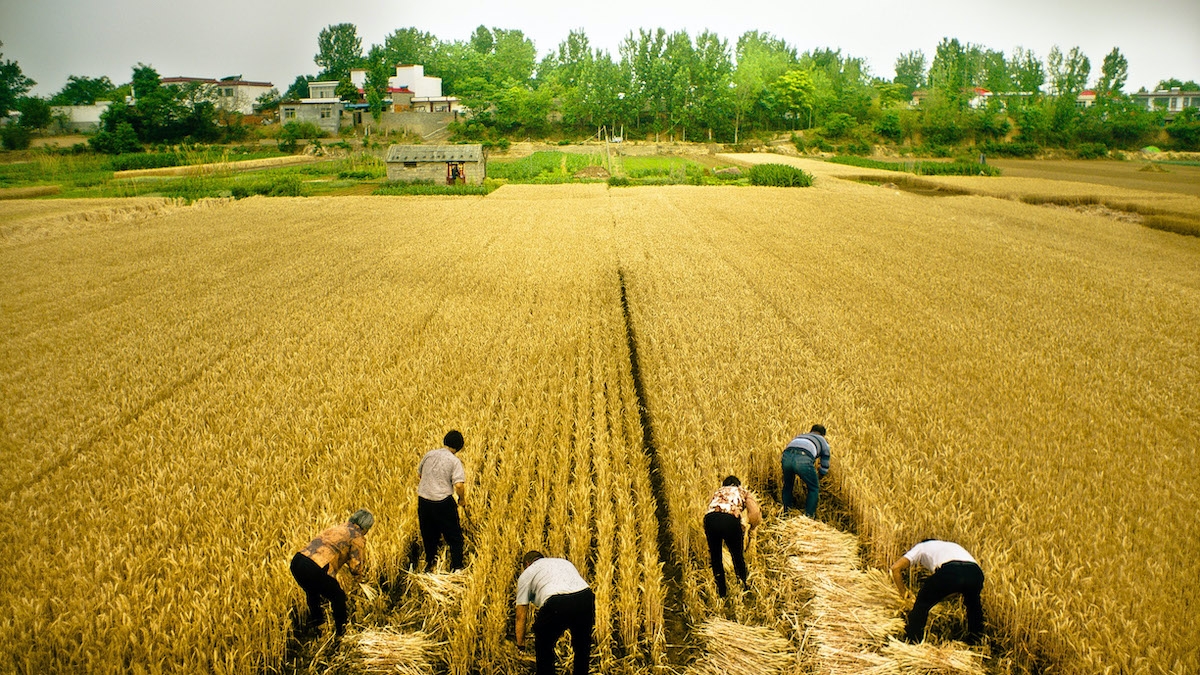 A film still from Jia Zhangke’s Swimming Out Till the Sea Turns Blue, courtesy of Cinema Guild.

The conversation with the director will stream live on June 2 at 8 p.m. New York time.

From master director Jia Zhang-Ke (Ash Is Purest White, A Touch of Sin) comes a vital
document of Chinese society since 1949. In Swimming Out Till the Sea Turns Blue, Jia interviews three prominent authors—Jia Pingwa, Yu Hua, and Liang Hong—born in the 1950s, 1960s, and 1970s, respectively, and all from the same Shanxi province where Jia also grew up. In their stories, we hear of the dire circumstances they faced in their rural villages and small towns, and the substantial political effort undertaken to address them, from the social revolution of the 1950s through the unrest of the late 1980s. In their faces, we see full volumes left unsaid. Jia weaves it all together with his usual brilliance. Swimming Out Till the Sea Turns Blue is an indispensable account of a changing China from one of the country’s foremost cinematic storytellers.

Following the film’s U.S. theatrical release on May 28, 2021, join a discussion with director Jia Zhang-Ke, praised as today’s preeminent visionary capturing twenty-first-century China, and Michael Berry, director of the Center for Chinese Studies at the University of California, Los Angeles (UCLA). The conversation will explore Jia’s films, China’s transformation through the decades, and more.

Swimming Out Till the Sea Turns Blue

Swimming Out Till the Sea Turns Blue opens in select theaters on May 28, 2021. Learn more about where to watch.

Jia Zhang-Ke was born in Fenyang, Shanxi, in 1970 and graduated from Beijing Film Academy. His debut feature Xiao Wu (1997) won prizes in Berlin, Vancouver, and elsewhere. Since then, his films have routinely premiered in the major European festivals. Still Life won the Golden Lion in Venice in 2006, A Touch Of Sin won the Best Screenplay prize in Cannes in 2013, and Mountains May Depart and Ash Is Purest White were in competition in Cannes 2015 and 2018. Several of his films have blurred the lines between fiction and documentary.

Michael Berry is a translator and author who is a professor of contemporary Chinese cultural studies and Director of the Center for Chinese Studies at UCLA. He has written and edited eight books on Chinese literature and cinema, including Speaking in Images: Interviews with Contemporary Chinese Filmmakers (2006), A History of Pain: Trauma in Modern Chinese Literature and Film (2008), and most recently An Accented Cinema: Jia Zhang-Ke on Jia Zhang-Ke (2021). He has served as a film consultant and a juror for numerous film festivals, including the Golden Horse (Taiwan) and the Fresh Wave (Hong Kong). A two-time National Endowment for the Arts Translation Fellow, Berry's book-length translations include The Song of Everlasting Sorrow: A Novel of Shanghai (2008) by Wang Anyi, shortlisted for the Man Booker International Prize; To Live (2004) by Yu Hua, a selection in the National Endowment for the Arts Big Read library; and Wuhan Diary: Dispatches from a Quarantined City (2020) by Fang Fang.

This program is is made possible by Cinema Guild.

Supported by the Center for Chinese Studies at UCLA.