Asia Society at the Movies: The Chinese Lives of Uli Sigg 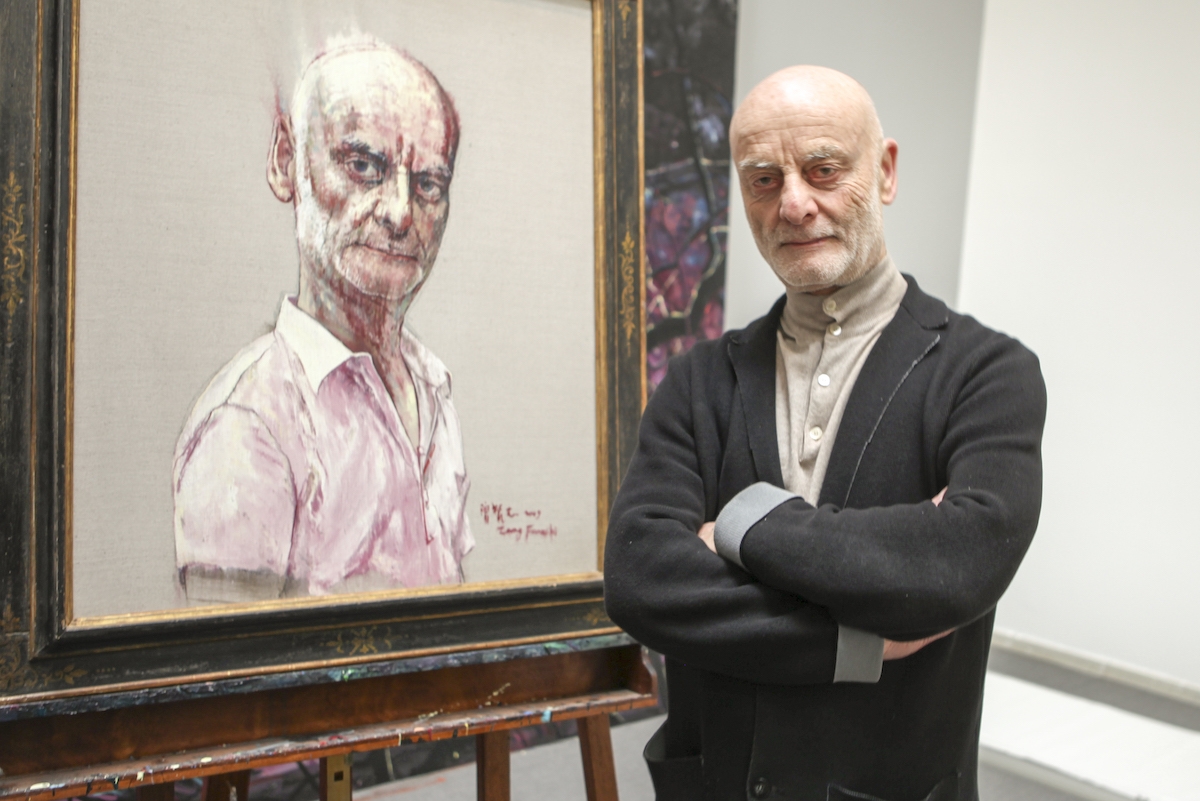 Discover the fascinating life of one of the leading collectors of contemporary Chinese art, Swiss businessman and diplomat Uli Sigg. The film explores the West’s embrace of Chinese contemporary art through the eyes of Sigg and the artists he championed. Ai Weiwei, Cao Fei, Feng Mengbo, and Wang Guangyi are interviewed along with curators, diplomats, architects, and others.

Art world sensation Ai Weiwei credits him with launching his international career. Renowned pianist Lang Lang describes him as a mentor to Chinese artists. Curator Victoria Lu believes that his taste and influence as a collector have been felt around the world. But when Uli Sigg first went to China, art was far from his mind. The year was 1979, and Sigg—working for the Schindler escalator and elevator company—was hoping to set up one of the first joint ventures between the Chinese government, seeking international investment in the post-Mao era, and a western company.

Uli Sigg is not a man who does things by halves. "My ego, my way" says a t-shirt he wears at one point in the film. When he took up rowing, he went to the world championships. When he negotiated a joint venture, he wanted to create a model for future partnerships. And when he became interested in Chinese art, he built a world-class personal collection. Sigg championed the artists he admired, working tirelessly for their international recognition and to preserve their artwork as a record of China's tumultuous and historic changes. Eventually, Sigg became the Swiss ambassador to China and a consultant on major Chinese art projects, including the construction of the Bird's Nest stadium for the Olympic Games.

Join us for a weekend-long screening of the documentary along with a conversation about the film and Chinese art with director Michael Schindhelm and Michelle Yun Mapplethorpe, vice president for global artistic programs and director of Asia Society Museum.

The Chinese Lives of Uli Sigg

"The documentary is a good starting point to familiarize oneself with contemporary Chinese art and the man who helped expose it to the world." —Hyperallergic

Michael Schindhelm is a German-born Swiss national based in Ticino, Switzerland. He is a writer, filmmaker, curator, and a cultural advisor for international organizations including the Dubai Culture & Arts Authority; West Kowloon Cultural District, Hong Kong; Strelka Institute, Moscow; Skolkovo Innovation Center, Moscow; Zurich University of the Arts; European Capital of Culture Dresden 2025, Germany; Tempelhof Projekt, Berlin; and Diriyah Gate Development Authority, Riyadh. He is married to Singaporean cinematographer Yawen Schindhelm-Yeo. Since 2008, he was the founding director of the Dubai Culture & Arts Authority. Prior to this, he was the founding general director for the Berliner Opernstiftung (2005–2007) and CEO and artistic director of the Theater Basel (1996–2006). He has previously worked as a theatre and opera director, playwright (librettist), TV presenter (Der Salon, Swiss TV), and translator.

Michelle Yun Mapplethorpe is vice president for global artistic programs at Asia Society and director of Asia Society Museum in New York, appointed in October 2020. She is responsible for the Museum’s exhibitions program and its permanent collection, including the Mr. and Mrs. John D. Rockefeller 3rd Collection of traditional Asian art and a collection of contemporary artwork by leading and emerging Asian and Asian American artists. She also serves as artistic director of the Asia Society Triennial. Since joining Asia Society in 2012 as curator of modern and contemporary art, Yun Mapplethorpe has served as curator or co-curator for more than twenty-five exhibitions for the museum. She is a widely published author and frequent lecturer on modern and contemporary Asian art. Prior to joining Asia Society, she was curator of the Hunter College Art Galleries. She has served as project director of Cai Guo-Qiang’s studio and as curatorial assistant in the Department of Painting and Sculpture at the Museum of Modern Art, New York, in addition to organizing numerous independently curated exhibitions. Yun Mapplethorpe earned her MA in modern art and critical studies from Columbia University and her BA from Mount Holyoke College. She is a graduate of the Getty Leadership Institute’s Executive Education Program for Museum Leaders and sits on the advisory board of the Mount Holyoke College Art Museum.

This screening is made possible by Icarus Films.