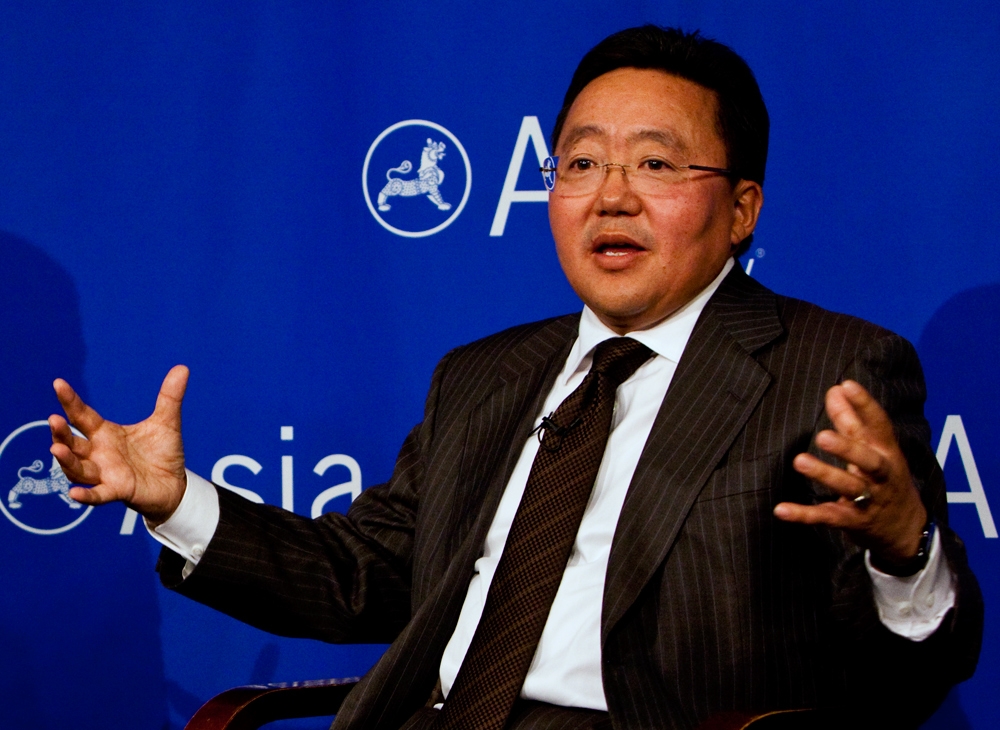 President Tsakhia Elbegdorj told an Asia Society audience that strong democratic values were not incompatible with Asian ways, economic development or its relations with neighboring giants, Russia and China.

“Freedom, human rights, justice, the rule of law, those values can be enjoyed, even by the poor people, even by poor herdsman in Mongolia,” he said.

"I think God has planted in every heart desire to live in free(dom). That desire is always there. Sometimes that desire can be crushed by tyranny. But it will rise again. That is Mongolia.”

Elbegdorj, who is pushing hard for judicial reform in his country, said many democracies had failed after decades because of corruption.

He pointed to escalating GDP figures and growing wealth thanks to the nation’s mineral wealth.

“There are many countries endowed with natural resources. They failed badly, most of them. Few of them succeed.”

He listed Canada, Australia and Norway as successful resource-fueled economies because they are open and democratic.

The president said Mongolia, for about 70 years “a socialist satellite” of the Soviet Union, is able to develop its democratic way while still maintaining good relations with Russia and China, which both have long land borders with it.

He likened his nation to that of “a small freedom-loving pony between two big elephants." However, both Moscow and Beijing “understand our people’s choice and our way of life” and there were “great advantages” to have these two neighbors.

Mongolia has benefitted directly from China’s fast growing economic boom. “Everything we have in Mongolia, they actually need in China. We also have great economic ties and traditions with Russia. We would like to continue that,” he said.

However, Elbegdorj stressed the importance of finding other sources of investment and trade in what he said was a “third neighbor policy."

“If we got more investment from a third neighbor, third partner, our pie would be bigger. And if that pie grows everyone would get that advantage. You know, it is good for everyone … it is also good for Russia and for China,” he said.

He said investors in the United States, Europe and Japan were also vying for a place in Mongolia’s investment future. This has delivered a “tough challenge” of how to “balance those big interests and also to get the benefits. Of course, always we put our national interest first.”

Click the image below to watch a Reuters Insider interview with President Elbegdorj, recorded at Asia Society in New York on September 19, 2011: 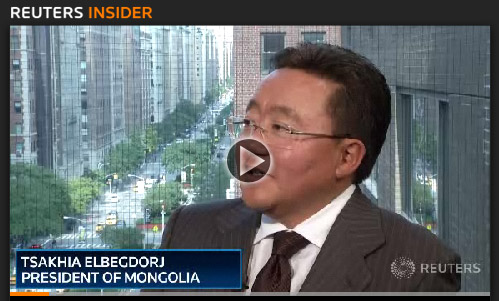