Mongolia: March Toward Democracy and Prosperity 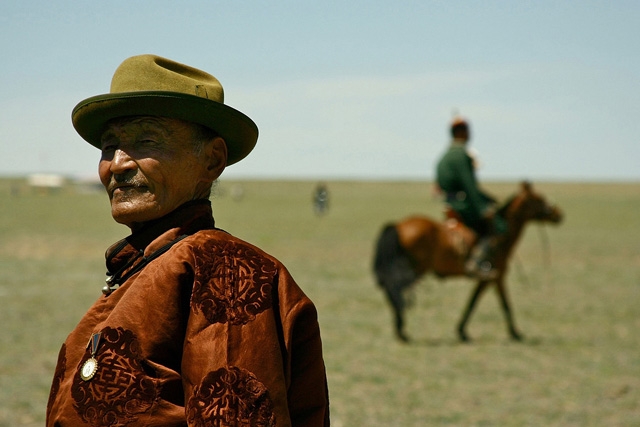 Mongolia is not a country often in the public eye in the United States. That is a good thing, because extensive press coverage is often a gauge of instability and poverty. But Mongolia is receiving a new spate of attention: following on the heels of the 800th anniversary of the founding of the Great Mongolian State by Genghis Khan, on January 24, 2007 the Asia Society joined with the Mongolian Embassy to celebrate the 20th anniversary of U.S.-Mongolian relations.

So what is the state-and importance-of U.S.-Mongolian relations? Recently the Asia Society organized a most unusual Washington gathering of diplomats who were instrumental in forging relations between the two states. Included on the panel were all five of the former American Ambassadors to Mongolia since 1987, the then current American Ambassador and the Mongolian Ambassador to Washington. In addition, speakers at this forum included two American diplomats who were trained in Mongolian in the seventies and eighties. Both were being prepared for assignment to what would be a newly opened American Embassy in Ulaan Baatar.

It was fascinating to hear the perspectives of these people intimately involved in considering, then establishing and strengthening a new diplomatic relationship for the United States. Their experiences ranged from several abortive attempts by Mongolian and American diplomats to open ties, only to be thwarted by the Soviet overlords who controlled Mongolia's foreign relations, through the anticipation, just a month after this seminar, of the first visit to Mongolia by an American president.

The relationship between the United States and Mongolia thus predates the establishment of formal relations, even though that relationship was tenuous at best until 1987. This month, though, marks the twentieth anniversary of formal ties, an opportunity to reflect on and celebrate what has become a strong de facto alliance between two very different countries that share many values.

Mongolia in the late 1980s was just beginning to emerge from the heavy weight of more than 60 years of Soviet domination and of its own centuries-old history of traditional rule or control by China. The last twenty years have seen the growth of a real grass-roots democracy in Mongolia, one of the few countries with a Soviet legacy that has seen opposition parties succeed each other in power through free elections several times. Mongolia's economy has also emerged from the central planning of Soviet era and has enjoyed the benefits of the free market.

Mongolia's geography makes a close relationship with the United States important for both countries. With a large, resource-rich land area and a sparse population sitting squarely between Russia and China, Mongolia has naturally looked outside the region for support. The United States has been responsive to Mongolian overtures precisely because it sees value in encouraging the growth of democracy and an open economy in that part of the world. The result has been a mutually supportive relationship that has seen Mongolia send units of its armed forces to Iraq and Afghanistan for the first time since the great Mongol Empire under Genghis Khan and the U.S. provide economic and military aid, Peace Corps volunteers and significant technical assistance in the areas of sustainable private sector-led economic growth and more effective and accountable governance.

Mongolia is a country of great strategic importance because of both its location and its successful transition toward democracy and prosperity. Twenty years of increasingly closer ties between Mongolia and the U.S. is worthy of a real celebration.

Joseph Snyder is the Executive Director of the Asia Society in Washington DC.