Modern Poetry of Pakistan: An Introduction 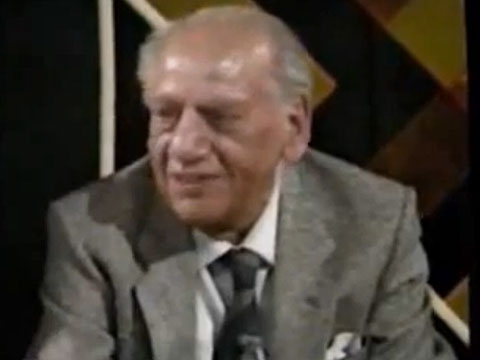 Note: Prior to an April 2011 series of Asia Society events centered on the book Modern Poetry of Pakistan, AsiaSociety.org asked Waqas Khwaja, the anthology's translations editor, to share some background on the book and the decisions behind the poets selected for it.

Modern Poetry of Pakistan offers many offshoots of the classical tradition of Muslim poetry in India. Although Amir Khusrau (1253-1325), considered by some to be the first poet writing in a recognizable Urdu diction (Hindvi, as it was then called), wrote geet (songs), in addition to poems in many classical forms like the Mathnavi, ghazal, rubai, and riddles.

Nazm, or an integrated rhymed poem on a single subject, did not become a regular part of the repertoire of Urdu poetry until the second half of the 18th century with Nazeer Akbarabadi. Whereas classical poetry was often highly stylized in its language, imagery and symbolism, and romantic and mystical, or metaphysical, in its themes, Nazeer Akbarabadi introduced everyday subjects, images, and concerns in his nazms. He also wrote political and social satires.

Akbarabadi's influence, through Altaf Husain Hali and Muhammad Husain Azad in the 19th century, has continued in Urdu poetry to this day. One of the great beneficiaries of this influence was Allama Iqbal, the poet with whom Modern Poetry of Pakistan opens, widely considered the visionary who first conceived the idea of a Muslim state in India. Iqbal wrote in a great variety of forms and learned deeply from both Western and Eastern traditions. In the vein of Goethe and Shelley, his poetry includes philosophical reflections steeped in spiritual idealism in a quest for self-realization geared toward community- or nation-building.

At the same time, classical images and symbols of Islamic poetry from Persian and Arabic traditions are also incorporated in Iqbal's poems, where, in addition to their acquired mystical connotations, they are given a contextual turn that makes them a powerful vehicle to challenge European imperial domination and promote the cause of political liberation as well as social and economic justice and equity.

Faiz Ahmad Faiz, arguably the greatest poetic voice in the sub-continent of India after Iqbal, follows in his footsteps, retaining the political dimension in his poetry but makes two distinct contributions of his own that give a new direction to the current of sub-continental poetry.

On the one hand, he breaks away from the religio-political impetus, shunning high philosophy as well, and gives his poems a decidedly popular Marxist-Socialist character. On the other, he reinterprets the imagery and language of classical Perso-Arabic poetic tradition, to which he reverts, by enlisting it in the cause of the common people. He thus re-imagines and reinvents the connotative field of classical language, imagery, and symbolism within a Marxist ideological worldview. The Beloved of classical tradition no longer signifies God, or Muhammad, the prophet of Islam and the perfect exemplar of a human being, physically and spiritually, or the light of abstract Truth, or the Self, but Revolution — Revolution of the oppressed of the earth, against economic exploitation, colonization, and all forms of imperial domination.

Next: "The sensibility of the original language must somehow... show itself in the translated version"

Iqbal's will to revive the ideal Muslim community and resurrect the perfect "Man of God" in each individual Muslim consciousness is replaced by an unflagging hope for the success of the revolution everywhere against injustice. "Workers of the world unite" is reconceived to exhort the oppressed everywhere to keep the faith against all odds, to continue the struggle, for their efforts will indeed bring about an upheaval that will redress the wrongs and crown the reviled, the despised, the rejected, the robbed and impoverished with success and surcease from their pain. Ironically, in reinterpreting the idiom and imagery of old, Faiz ends up reinterpreting Islamic values in secular, physical, material (Marxist) terms.

This history and this background is necessary to appreciate what the various poets from the seven language traditions of Pakistan are attempting to do in their own respective ways in the poems that are included in Modern Poetry of Pakistan. Yes, there are individual motivations, local traditions, legends, and history, topical details, regional, and often shared, folklore, political tensions, social and cultural enticements and anxieties, that provide inspiration. But all the poets share the context that is sketched out above. Within this context, it will be a little easier, perhaps, to see thematic modulations and departures, formal revisions and innovations, and the differentiated imageries, idioms, sensibilities that the poets have brought to their work.

The poems are not to be read within some abstract notion of a universal poetic practice, which often means today whatever the Western world considers familiar and appealing on its own terms. They cannot be assessed either on the basis of Western or European ideas of Modernism, Postmodernism, and other academic labels that have been devised on the basis of literature and art forms familiar to this part of the world.

These poems have to be read and appraised within the rich traditions that they originate and grow from. Only then can translation truly serve its purpose. For it is not the objective of the translators to render the original in such a way that it becomes indistinguishable from the idea of a poem as generally understood in the language of translation. The movements, the timing, the formal shadow, the sensibility of the original language must somehow continue to show itself in the translated version.