On November 5, 2018, Asia Society Northern California and Rhodium Group will launch their latest report about state-owned enterprises in China. The new report “Missing Link: Corporate Governance in China’s State Sector” applies original data and new sources to illuminate how China’s SOEs are governed. It examines state firms in the context of China’s economic and political system, summarizes the past and present of SOE corporate governance, and analyzes key players in China’s government and at the company level—boards of directors, Party committees, and top executives. The report outlines concrete steps forward to advance reform and identifies the obstacles that these efforts face.

DANIEL H. ROSEN is a founding partner of Rhodium Group and leads the firm’s work on China, India and Asia. Dan has twenty-six years of professional experience analyzing China’s economy, commercial sector and external interactions. He is widely recognized for his contributions on the US-China economic relationship. He is affiliated with a number of American think tanks focused on international economics, and is an Adjunct Associate Professor at Columbia University. From 2000-2001, Dan was Senior Adviser for International Economic Policy at the White House National Economic Council and National Security Council. He is a member of the Council on Foreign Relations, and board member of the National Committee on US-China Relations. A native of New York City, Dan graduated with distinction from the graduate School of Foreign Service of Georgetown University (MSFS) and with honors in Asian Studies and Economics from the University of Texas, Austin (BA).

WENDY LEUTERT is An Wang Postdoctoral Fellow at the Fairbank Center for Chinese Studies, Harvard University, and Postdoctoral Fellow at the Columbia-Harvard China and the World Program at the School of International and Public Affairs, Columbia University. Her research and teaching interests include political economy, comparative politics, and international relations, with a regional focus on China and East Asia. She holds a Ph.D. in Government from Cornell University, a Master’s degree in International Relations from Tsinghua University, and a Bachelor’s degree in Political Science and Philosophy from Wellesley College.

SHAN GUO is a Research Analyst at Rhodium Group focusing on China’s state-owned enterprise reform, labor market and other macroeconomic conditions. Shan’s work includes tracking and analyzing China’s reform progress and its implications domestically and abroad. Shan previously worked as a tax consultant with Deloitte Hong Kong, advising clients on cross-border transactions and restructuring plans. She has rich experience dealing with corporate decision making and governance structures. She has a Master’s degree in Public Administration from Columbia University and a Bachelor’s degree in Accounting and Finance from Hong Kong Polytechnic University. 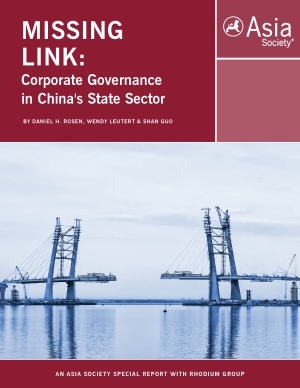 High Tech: The Next Wave of Chinese Investment in America (April 2014)