Mira Nair on the Art of Directing 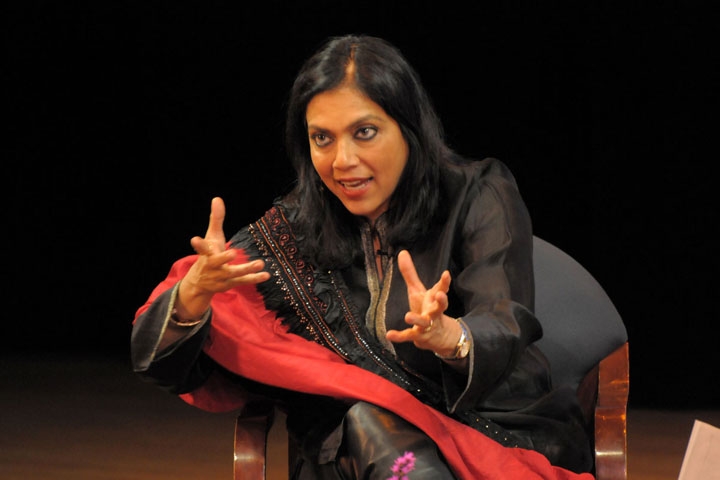 Nair said those Indian films "are made with complete freedom... They are pure efforts and movies are very rarely pure."

Nair, who spoke at Asia Society Headquarters in New York with President Vishakha Desai, said it was important that her that The Namesake and Monsoon Wedding "really worked in India and in Salaam Bombay's case... we played for 27 weeks in the theatres of Bombay, and that was the biggest dream, better than the Oscar nominations," acknowledged Nair.

In contrast, Mississippi Masala was not really directed toward India. That film "came out of a very personal experience of being a brown person as a student at Harvard." It was made to confront the historic Asian expulsion from Uganda and the racial lines between Africans and Indians in America.  She said the making of that film piqued her interest in Africa, a continent she knew nothing about at the time, but is now the place she calls home.

When asked about the critical response to her latest film Amelia, Nair said "to be honest, I really come from a place where I believe in what the Bhagavad-Gita teaches us, which is to beware the fruits of action, whether the fruits are successful or unsuccessful, the work is to make the work." But added she hasn't read a lot of reviews, joking "survival and resistance is a part of my Punjabi nature."

She said Amelia was initially pitched as an independent film that ended up being a big-budget picture, which brought along commercial considerations. "Everything changes because they have the creative control and they always feel, their job is to feel that they are the gatekeepers to commerce and therefore they can influence you," explained Nair.

A documentary filmmaker committed to capturing reality, Nair has always been captivated by people and their stories. "I think that truth is consistently stranger than fiction and more powerful than fiction," said Nair.

Her films, often center on real people with real problems, a theme echoed in her social activism in developing nations in Africa and in India. Through the Salaam Balak Trust, Nair has helped educate about 5000 children in India's slums. Through the Maisha program, she is working to help emerging filmmakers from East Africa.