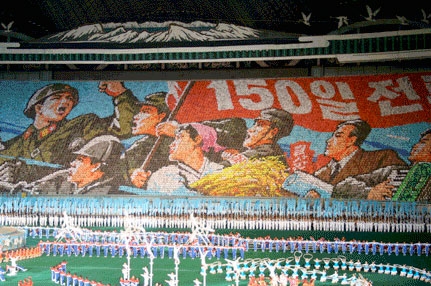 New York, October 22, 2009 - A newly released Asia Society/U.C.-Institute on Global Conflict and Cooperation report focuses on economic engagement with North Korea as a peaceful means of inducing change in the DPRK. As the likelihood of some form of US-DPRK talks increases, this report proposes a fundamental rethinking of Washington's approach toward the DPRK. Economic engagement, properly integrated into a system of sanctions, can transform North Korea into a country that can better provide for its people's welfare and engage with other countries in a non-hostile manner. As the report shows, North Korea's history of experiments with reform is limited, and domestic resistance to transition is formidable. But recent trends and tentative past efforts suggest some impulse toward reform and opening from within. North Korea should be actively engaged from the inside to encourage change in its domestic and foreign policy.

The North Korea Inside Out: The Case for Economic Engagement Task Force was co-chaired by Charles Kartman and Susan Shirk and directed by John Delury. Ambassador Kartman, as Director of the Korean Peninsula Energy Development Organization (KEDO), oversaw the largest international effort at direct engagement with North Korea. Professor Susan Shirk, author of China: Fragile Superpower and founder of the Northeast Asia Cooperation Dialogue, is a pioneer of Track Two work in Asia and a leading expert on U.S.-North Korean foreign policy. John Delury, Associate Director of the Center on U.S.-China Relations at the Asia Society, is an adjunct professor at Columbia University and an expert on Chinese political economy. He has visited North Korea and written extensively on its politics.

"There are no easy solutions to the North Korean problem. Sanctions have been tried for decades and at times have been useful in moving Pyongyang back to negotiations. But their long-term effect has been to harden the DPRK's resistance to international cooperation." said Task Force Co-chair Susan Shirk. "Sanctions must be complemented by other long-term strategic approaches. The mechanisms of engagement we recommend can move Pyongyang from its hostile crouch into a neutral stance toward the rest of the world."

The report identifies a number of potential benefits to the U.S. and its allies of economic engagement with the DPRK.

Full text of the report and executive summary are available at http://www.asiasociety.org/northkoreareport.

Asia Society is the leading global and pan-Asian organization working to strengthen relationships and promote understanding among the people, leaders, and institutions of the United States and Asia. We seek to increase knowledge and enhance dialogue, encourage creative expression, and generate new ideas across the fields of arts and culture, policy and business, and education.