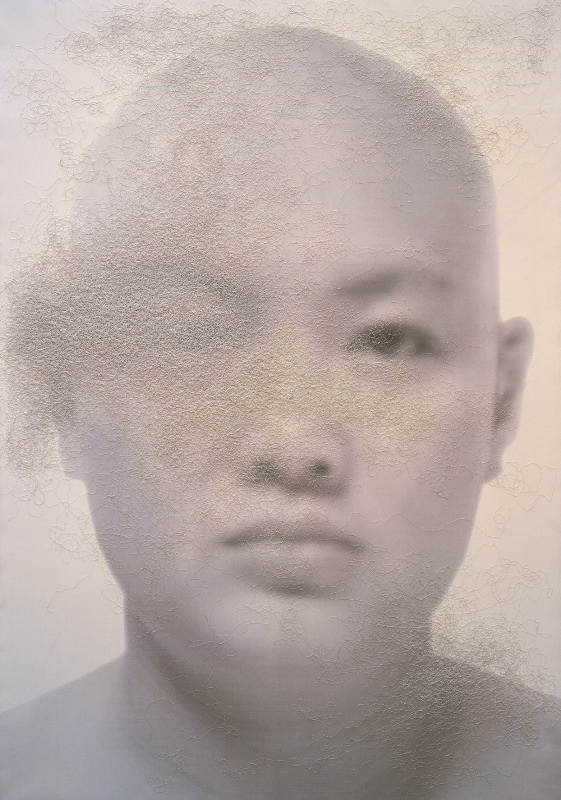 Asia Society Museum presents the first major solo exhibition in the United States of leading Chinese artist Lin Tianmiao. Surveying her work since 1995, the exhibition highlights the remarkably consistent focus on the human form that is embodied in her work.

Bound Unbound: Lin Tianmiao comprises a series of installations, sculpture, and two dimensional works that fill Asia Society’s entire Museum space. Included are several large-scale, complex installations. Many of the works in the exhibition have never been seen outside of China and several are new works on view for the first time.

“Lin Tianmiao is one of only a handful of female artists to have emerged from her generation born in the 1960s in China,” says Asia Society Museum Director and exhibition curator Melissa Chiu. “Her subjects and use of materials evoke domestic and female labor, orienting the works towards feminist interpretations. Yet the western idea of feminism does not necessarily translate in China. This exhibition aims to map Lin’s consistency of vision, allowing us to see how her ideas on physicality have evolved and been transformed. It also provides insight into her artistic development during one of the most important periods of change in the Chinese art world, the 1990s to today.”

The exhibition is accompanied by a full-color, 136-page catalogue and includes an interview with the artist, as well as essays by Chiu and Guo Xiaoyan, Deputy Director and Curator, Minsheng Art Museum, Shanghai, China.

The exhibition—which is organized chronologically—­takes its title from one of Lin’s early installations, originally shown at Beijing’s Central Academy of Fine Arts Gallery.  For Bound and Unbound (1997), Lin carefully wound unbleached white cotton thread around nearly 800 household objects. The installation was unusual for its time in that it incorporated a video element: a hand cutting threads with scissors was projected onto a screen made of thread. The work is typical of many of her installations: large in scale and incorporating thread, sculpture, video and multimedia.

For the full press release in English and simplified Chinese please see attached.