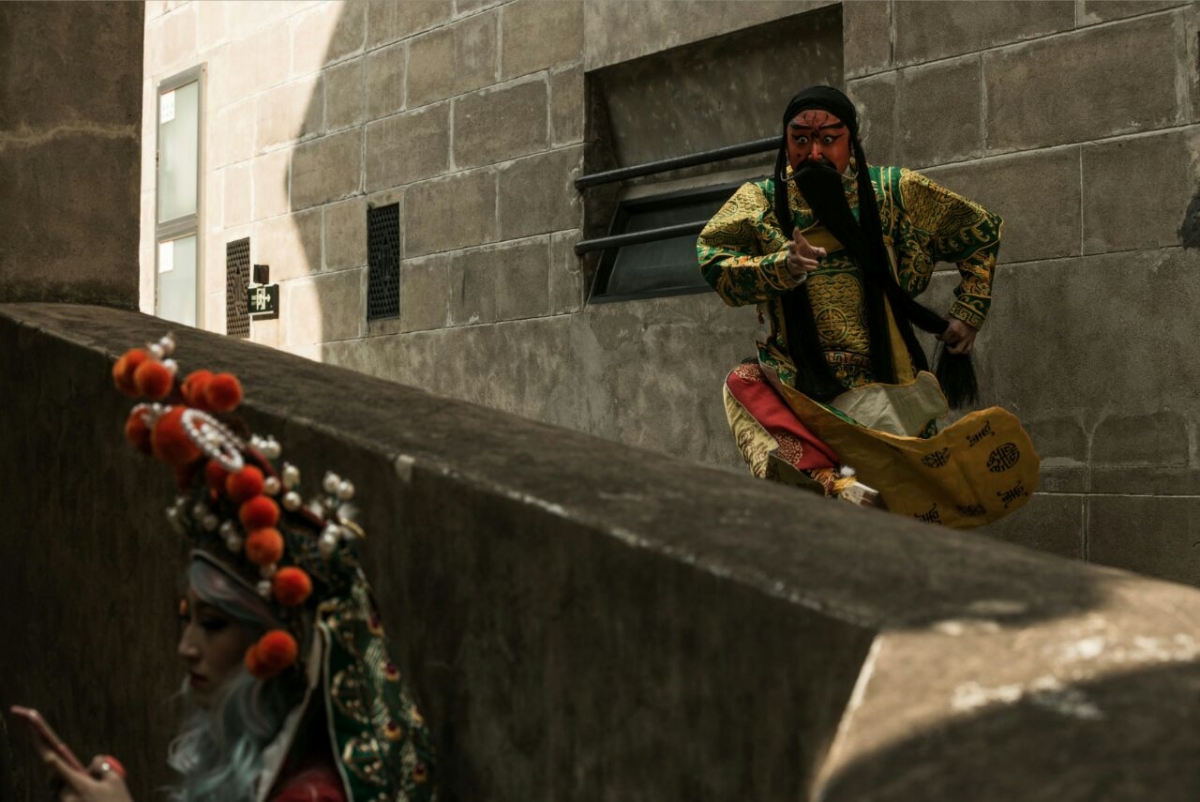 NEW YORK, January 8, 2016 — Asia Society, Performance Space 122, and the China Shanghai International Arts Festival (CSIAF) come together for a second year of collaboration to present a multidisciplinary performance by exciting new Chinese artists. This evening features a screening of the silent film Sever, a reinterpretation of a classic Chinese folktale, with live accompaniment by Xi Ban, followed by a performance by Pi Huang Club. Xi Ban and Pi Huang Club are crossover bands exploring the meeting of Chinese musical forms with western rock and southern blues.

Wrapped in an absurd and hyperbolic narrative, Sever revisits an ancient Chinese folktale about Guan Yu’s beheading of Diao Chan. In this film adaptation of the story, Guan Yu, a proverbial hero of the Three Kingdoms period, finds himself disillusioned with a modern urban society, while Diao Chan, one of the legendary so-called Great Beauties and a signing girl, primps and preens for her performance, unaware of her impending tragic demise. This innovative retelling of the story suggests new ways to reflect on its tradition. Mixing classical instrumentation with westernized form, Xi Ban creates an intriguing interplay between traditional idioms and pop culture references.

Performances are at 7pm and 9:30pm on Wednesday, January 13. Tickets are free; registration is required. For more information, and to register for tickets, visit AsiaSociety.org/NYC. Members of the press interested in the performances should contact Asia Society’s Communications department at pr@asiasociety.org.

ZHU Ma (Composer/Director)
Zhu Ma is a composer, songwriter and player of sanxian (a three-string plucked instrument) and danbura (a traditional Kazakh plucked instrument). He is the founder of Xi Ban and Pi Huang Club, combining traditional Chinese opera with other music elements to create a crossover music style. Both bands have participated in numerous performances and music festivals at home and abroad, sharing a cross-boundary style that fulfills a gap in the Chinese music scene.

Shanghai / New York: Future Histories 2 is a co-presentation by Asia Society and Performance Space 122 as part of the COIL 2016 Festival and the China Shanghai International Arts Festival. All participating artists are within RAW (Rising Artists Works), a new series of the CSIAF and a platform that develops new ideas and emerging artists from across China.

COIL is Performance Space 122's annual performance festival that demonstrates the constant vitality of live performance in New York City, featuring work created locally, across the U.S., and around the world.