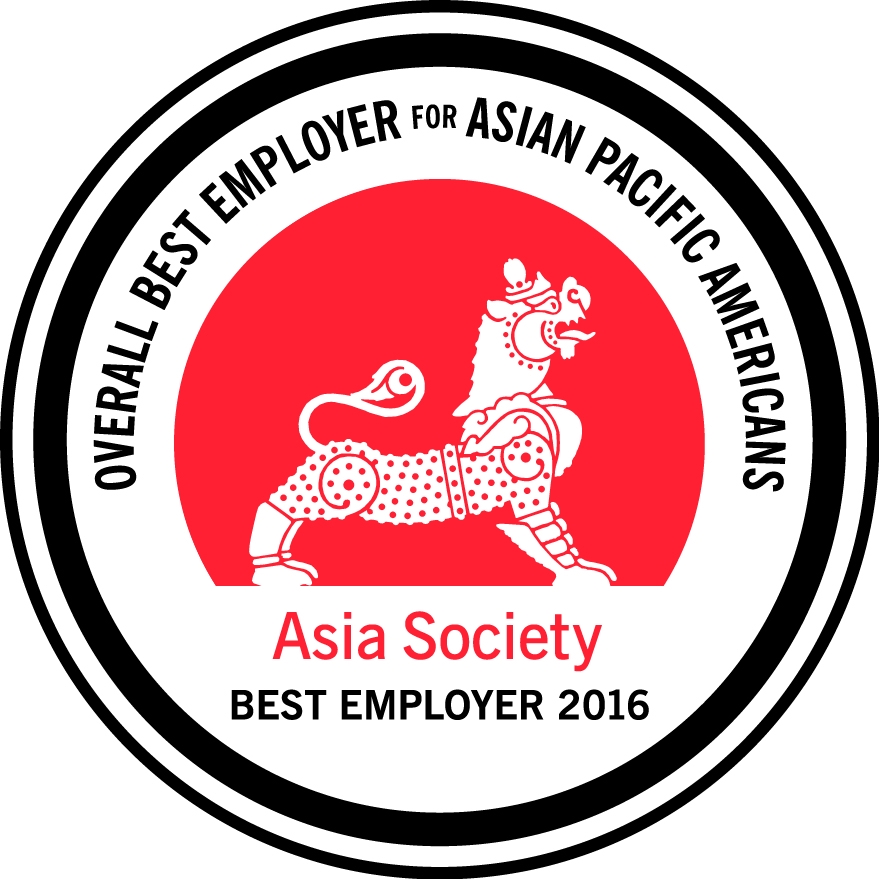 Awardees are selected based on the quality of their APA workforce initiatives and the results from the Asia Society’s 2016 Asian Pacific Americans Corporate Survey, the only published initiative to exclusively measure the leadership success of APAs at Fortune 500-level companies. Over 3,300 APA employees participated in the 2016 survey, a 30% increase from 2015.

IBM took home the top honors. "IBM is proud to be recognized by the Asia Society as the 'Best Employer for Asian Pacific Americans,'” said Jon Iwata, senior vice president, marketing and communications. “IBM has a long history of supporting diversity and inclusion -- a commitment that we continue to broaden and deepen. It is a distinguishing feature of our corporate character."

AT&T won “Best Employer for Promoting APA Women,” a new category that acknowledges the critical importance of supporting women's access to leadership positions. “We are honored that Asia Society has recognized AT&T for promoting women,” said Cynt Marshall, AT&T Senior Vice President and Chief Diversity Officer – Human Resources. “We proactively support the success and advancement of women across the company. Our commitment to having a diverse talent pipeline starts at the top and we ensure that women and all participants in our development programs receive the education, experience and exposure they need to learn and grow outside the classroom.”

In the category for “Promoting APAs into Senior Leadership Positions,” Freddie Mac came out on top. "Freddie Mac is honored to be recognized by the Asia Society for our commitment to promote diversity in our senior leadership ranks," said Dwight Robinson, Senior Vice President and Chief Diversity Officer at Freddie Mac. "Because of the priority we place on developing and supporting the success of our diverse talent, Asian Pacific Americans have strong and growing representation in senior leadership positions across the company.”

“Asian Pacific Americans have contributed immensely to the success of U.S. businesses. Recognizing and developing these employees is not only the right thing to do, but it is also a prerequisite for attracting and retaining top talent,” said David Whitelaw Reid, Executive Director for Global Talent Initiatives at Asia Society. “We congratulate all the winning companies and urge other employers to follow their lead.”

Finalists and winners are chosen based on a combination of employee survey results (80 percent) and scores from a blind panel of expert judges (20 percent). Employees of Asia Society are not involved in the awards decisions. For more information about the awards, visit Asia Society's Global Talent Initiatives website. This press release is also available in Chinese, Korean and Vietnamese.

Below is the full list of 2016 award winners and best practice citations.